As industry returns to the U.S. Midwest, a highly productive
and innovative work force stands ready to welcome it back. 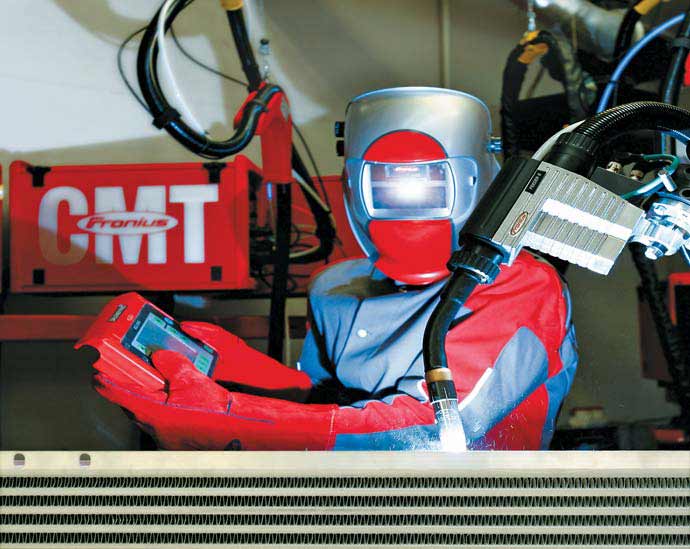 he U.S. Midwest is neither the unemployment capital of the U.S. any longer nor a manufacturing wasteland littered with shells of businesses that moved to China. Many certainly did move operations there, but that’s changing. And the Midwest is ready to welcome them back with a work force deemed by many to be second to none in terms of productivity.

"I’ve spent over 25 years looking at the manufacturing sector, and it’s interesting to me how many times it’s been said manufacturing is dead, and yet it’s risen like a phoenix from its own ashes," noted Diane Swonk, chief economist and senior managing director at Chicago-based Mesirow Financial, who moderated a panel on the future of manufacturing in the United States organized by the Chicago Council on Global Affairs. "In Detroit, the manufacturing sector has shown remarkable recovery after the worst recession of the post-World War II period and the worst collapse in trade since the Great Depression. The comeback in manufacturing is linked in large part to our ability to supply the rest of the world with exports of our manufactured goods."

Panelists at the June 9th event in Chicago were Chad Moutray, chief economist at the National Association of Manufacturers; William Strauss, senior economist and economic advisor at the Federal Reserve Bank of Chicago; and David Beebe, vice president, manufacturing operations, at Navistar, Inc., which is establishing its new headquarters in Lisle, Ill.

"One of the lesser-known facts is how innovative the manufacturing sector is," said Swonk. "Our form of innovation in the Midwest may not be that of Silicon Valley. But we have the most productive manufacturing workers in the world because of innovation. When we make those innovations on engines — on making clean engines, like Navistar’s work to make clean and fuel-efficient engines — we cannot afford to lose the intellectual property in countries that do not defend IP rights.

"This has caused a major shift into ‘onshoring,’ " she explained. "Offshoring is beginning to reverse, and we are starting to see high-value-added production being brought back into the U.S. One of the key issues is manufacturers want their supply chains closer to them."

Recent analysis by The Boston Consulting Group bears this out. Within the next five years, the United States is expected to experience a manufacturing renaissance as the wage gap with China shrinks and certain U.S. states become some of the cheapest locations for manufacturing in the developed world, the firm maintains.

"All over China, wages are climbing at 15 to 20 percent a year because of the supply-and-demand imbalance for skilled labor," said Harold L. Sirkin, a BCG senior partner. "We expect net labor costs for manufacturing in China and the U.S. to converge by around 2015. As a result of the changing economics, you’re going to see a lot more products ‘Made in the USA’ in the next five years.

"Executives who are planning a new factory in China to make exports for sale in the U.S. should take a hard look at the total costs. They’re increasingly likely to get a good wage deal and substantial incentives in the U.S., so the cost advantage of China might not be large enough to bother — and that’s before taking into account the added expense, time, and complexity of logistics," says Sirkin, whose most recent book, "GLOBALITY: Competing with Everyone from Everywhere for Everything," (Business Plus, 2008) deals with globalization and emerging markets.

At the Chicago Council panel, NAM economist Moutray reminded attendees that the Midwest, and the U.S. as a whole, is rebounding — a process that will accelerate once the right economic conditions are in place.

"Manufacturers in the U.S. employ some of the most productive people in the world," he noted. "Over the last decade, the value-add for manufacturing has continued to creep up; in 2009, the most recent year for which we have data, the value of all manufactured exports — or of manufacturing in the U.S. — was $1.6 trillion. That accounts for about 11 percent of our GDP, which is pretty sizable.

"Another story that gets lost is that we lost 2.3 million jobs in manufacturing in this recession," he said. "Since December 2009, which was the trough, we’ve gained about 243,000 jobs, or about 14 percent of the overall improvement in that time frame, even though manufacturing accounts for only 9 percent of the overall employment. [Manufacturers] have had a disproportionate effect on employment over the last year and a half. The areas that have actually grown in employment over that time period have been mainly in the durable goods areas — machinery, automakers, metals, areas that are heavy into exporting. These areas also represent areas with pent-up demand. I’m optimistic about these areas going forward."

The Chicago Fed’s William Strauss also counts himself in the optimistic column.

"The most recent downturn hit us hard in the Midwest — automotive had huge drops, their suppliers were the second-largest sector hit. But since June 2009, manufacturing output has been on a tear, growing at an annualized rate over the last 22 months of 6.9 percent," he pointed out. "It has recovered over half the loss it has experienced, and it’s still in the recovery phase. Yes, we’ve added jobs, but just 10 percent of the loss. I’m not optimistic we will see the recovery of all those lost jobs, but we’ll be setting new output records within a year or two."

Like a tennis ball, noted Strauss, "industries that took the hardest hit are bouncing back the strongest, being led by the automotive sector, primary metals, heavy machinery, trucks. That is definitely benefiting the Midwest economy. Michigan, just a year ago, had the highest unemployment rate in the nation. Now there are five states ahead of them. For the region as a whole, our state unemployment rates since 2002 have been above that of the nation. It’s been a tough decade for the Midwest economy. But it’s old-line manufacturing driving the recovery, not the high-tech sector this time, because they were not the ones that fell off as rapidly.

"With regard to the auto sector, the view is that this [downturn] is absolutely transitory," said Strauss of one of the region’s key industries. "If anything, things are progressing at a much faster pace in terms of bringing things back in line. I’m optimistic about a much stronger second half [of 2011] in manufacturing, and that will be very positive for the Midwest and for the U.S."

Navistar’s David Beebe is optimistic from a corporation’s perspective — one that has a long enough history in the Midwest [mainly as International Harvester] to have weathered more than a few recessions. Today, the company is in the midst of a headquarters relocation to Lisle, Ill., a Chicago suburb.

"We have been in the midst of the worst economic cycle in 50 years," he noted. "But having said that, if you look at our performance over the last several years, we’ve grown our business and strengthened our position in the marketplace, added to our portfolio and are definitely positioned for growth, which is why we are relocating. It’s really about product development and getting the technical experts we need so we can grow our business in the right way."

Beebe did not elaborate on plans to reshore any Navistar operations from overseas, but rather impressed on the audience the importance of logistics and supplier proximity in whichever market a major manufacturer has facilities. He also echoed the other panelists’ calls for a reduction in the U.S. corporate tax rate, free trade to boost exports and sensible regulations that do not stifle business expansion.

"Going forward, we need a few things," Beebe said, "but Navistar will always be a U.S.-based manufacturer."

Biovest plans to produce the first-ever cancer vaccine for the treatment of non-Hodgkin’s lymphoma at the facility. Company officials say the facility has the potential to create hundreds of high-quality, high-tech jobs as patient demand grows.