Ahead of
the Curve 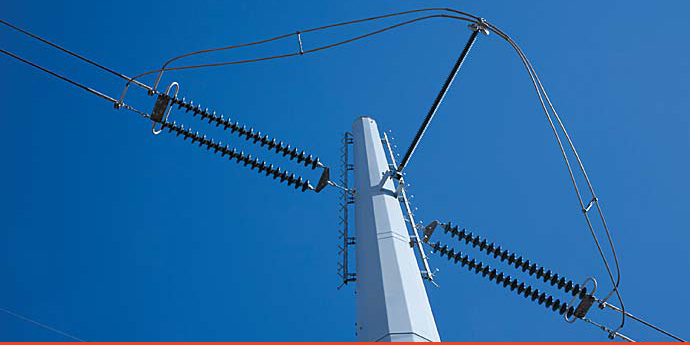 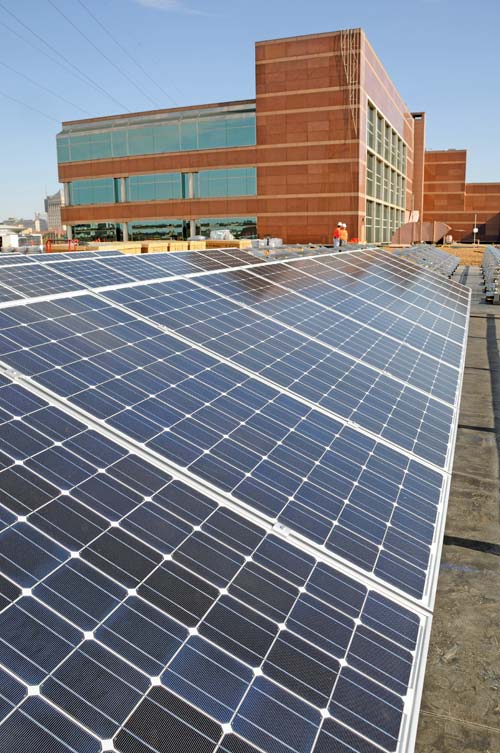 Ameren recently installed solar energy panels on the rooftop of its headquarters, where an energy learning center provides a view of five different solar power technologies. Customers can track the efficiency and costs of the systems at Ameren.com/solar.

hey always seem to be there when we need them," says Jim E. Mentesti, president of the Great River Economic Development Foundation (GREDF) in Quincy and Adams County, Ill., when asked about his community's partnership with Ameren Corporation.

"Utilities for a site like that are critical," says Mentesti.

Then, there was the time a decade ago when the same Great River that powers the area's economy also threatened it, causing one of the area's oldest and largest industrial employers to consider moving because flooding interrupted highway transportation.

"We were able to find them a site, but it was about as urgent as you can imagine when it came to infrastructure," says Mentesti. "The city and county did what they could, and Ameren jumped in with all their resources and ran a power service a considerable distance, at great expense. They built a substation that not only served that particular business, but subsequent to that, seven other businesses that are now in that same area."

"You couldn't ask for a better partner," says Steve Johnson, executive vice president – economic development for the St. Louis Regional Chamber and Growth Association (RCGA). "They're just part of any deal we put together — at the table, part of the team."

The reasonable cost of electricity and service in St. Louis is part of the great story RCGA has to tell corporate prospects, says Johnson, largely because of Ameren. But Ameren plays roles well beyond the power line.

With a generating capacity of 16,500 megawatts and $23 billion in assets, Ameren, a Fortune 500 energy company, is an engine for growth across its 64,000-square-mile service area. Its utility operating companies — Ameren Illinois and Ameren Missouri — provide electricity and natural gas to 3.4 million customers in central and southern Illinois, mid-Missouri, southeast Missouri and the St. Louis metropolitan area.

"First and foremost — we're focused on providing safe, reliable, environmentally responsible energy for millions of Midwestern homes and businesses," says Mike Kearney, manager of economic development for St. Louis-based Ameren. His team's mission springs from the company's pledge to the communities it serves, embodied in the company's promise: "Focused Energy. For Life."

"We live our promise in many ways — from investing in reliability to building a generating facility that turns trash into electricity," says Kearney. Reliability is also the lodestone for his economic development department, which works in an economically diverse area that supports a range of emerging fields, including plant and life sciences and advanced manufacturing, plus more established businesses such as food processing, automotive and metal fabrication.

The area itself carries its own reputation for reliability. In addition to world-class educational institutions in both states and an entrée into national and international markets, it offers an extensive air, rail, Interstate and water transportation network with some of the nation's lowest shipping costs.

A low-cost energy provider itself, Ameren has made significant smart grid investments. The company's environmental stewardship also includes strong investment in renewable energy resources. In December 2009, Ameren Corp. launched a major solar energy initiative. Ameren is also preparing for electrical vehicles by evaluating the potential impact on its infrastructure and planning carefully to assure customers have the power they need when they need it.

Ameren is leading the charge when it comes to sustainability and energy efficiency, with staff involved in the St. Louis Climate Prosperity Project and its related Greenprint 2011 process, as well as the St. Louis Green Jobs Report and the Green Business Challenge, which has 78 participating companies measuring their sustainable business practices.

The same focus is apparent in Illinois. CCK Automations, Inc., which has grown steadily in Jacksonville, Ill., since its founding in a garage 15 years ago, cost-effectively installed energy-efficient lighting through incentives provided by Ameren Illinois' Act On Energy® Program, which offers a range of programs to help businesses and residents reduce their energy use.

In 2010, working in partnership with its state and local partners, Ameren's team helped attract more than $1.8 billion in investment and approximately 4,000 new jobs. Recent projects have included Boeing's first Illinois manufacturing facility, a $7-million, 70-job project located at MidAmerica Airport in Mascoutah, Ill.; and a major expansion by Continental Tire the Americas at its longstanding plant in Mt. Vernon, Ill.

In Missouri, Ameren teamed up with state and Washington, Mo., officials to assist in the retention and expansion of Valent Aerostructures – DACA Division in Washington. Valent Aerostructures is a primary supplier to Boeing's military aerospace headquarters in St. Louis.Ameren Missouri offered its energy efficiency programs as part of the state and local incentive package. On September 20, 2010, Valent officials announced a $20-million investment, retaining the company's existing 120 jobs and adding 100 more once the facility is complete. An additional 220 jobs are expected three years after the project's bonds are sold.

One of the Ameren team's most recent achievements is the development of a database that helps organizations define, quantify and qualify area work-force attributes. "They always seem to be ahead of the curve in helping us figure out where we need to go," says Jim Mentesti, of the GREDF.

The LocationOne Information System, or LOIS, is an on-line searchable economic development database that provides detailed information on buildings, sites and locations for businesses looking to expand.

"We talk about cooperation and collaboration and communication, but we don't talk enough about the continuity," says Mentesti, noting the long-term relationships he and his staff have maintained with Ameren staff. "When you call and you only have three and a half minutes to ask questions because you have somebody on hold, you have to have the continuity — and the trust that goes with it."

"At Ameren, we understand the challenges businesses face and we are committed to helping the communities we serve — as an energy provider, an energy advisor and an economic development partner," says Mike Kearney. "Over more than a century of service, we have been dedicated to customer service and the growth and prosperity of our communities."

This investment profile was prepared under the auspices of Ameren Economic Development. For more information, visit www.ameren.com/ecdev. See the video here. 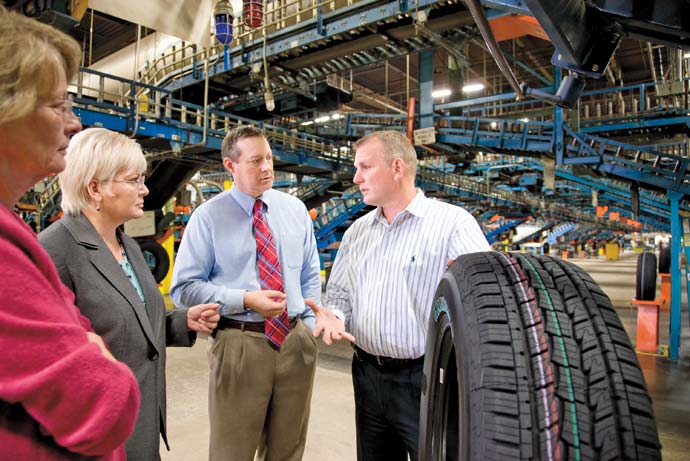