A survey of global energy projects provides these snapshots
of new solutions to age-old challenges. 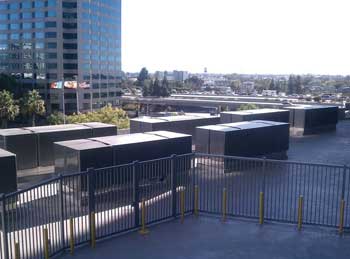 A total of 12 Bloom Energy Servers — also known as Bloom boxes — have been installed on the 5th floor of Adobe’s West Tower at its headquarters in San Jose, Calif. Each server is the size of an average parking space and contains thousands of Bloom fuel cells — flat, solid ceramic squares made from a sand-like powder — which will convert air and biogas (in this case, methane) into electricity via a clean electrochemical process, producing zero net carbon emissions.
Photo courtesy of Adobe

tanding out amid a sea of newfangled energy solutions takes ingenuity, to be sure. It takes capital. It takes scale. And sometimes it takes a dramatic statement.

That was the case in June in Riviera Beach, Fla., just across the Intracoastal Waterway from Palm Beach, when Florida Power & Light Co. demolished the twin striped stacks and 7,500-ton boilers at its nearly 50-year-old power plant to make way for construction of FPL’s US$1.3-billion Riviera Beach Next Generation Clean Energy Center.

Scheduled to open in 2014, the new power plant, which has a 30-year operational lifetime, will use high-efficiency, combined-cycle natural gas technology to produce up to 1,250 megawatts of electricity, or enough power for approximately 250,000 of FPL’s 4.5 million customers. Compared to the former plant, which used a blend of oil and natural gas, the new plant will cut the carbon dioxide emissions rate in half and generate power with more than 90 percent fewer air emissions without using any additional water or land. And it will even feature a free viewing area for the public to come watch the manatees, which for years have gathered during the colder winter months in the warm waters caused by water discharges from FPL’s five power plants in the state.

FPL is similarly modernizing a 1960s-era site near Kennedy Space Center, Fla., where construction on the project began earlier this year and is scheduled to be completed in 2013. That’s the same location where, in April 2010, FPL and NASA commissioned FPL’s Space Coast Next Generation Solar Energy Center, producing about 10 MW of power on NASA property.

In July FPL announced yet another billion-dollar replacement plan for its Port Everglades power plant in Hollywood, Fla. where it hopes to demolish the old plant in 2013.

The blend of megaprojects from FPL is just one of many examples of companies choosing to move on from fretting about energy challenges and actually do something about them. Others abound. Some hold seeds of innovation that corporate end users may benefit from some day. Others may confer their benefits a lot sooner than that.

In northwest New South Wales, Australia, in July, a Education Investment Fund (EIF) $66.5-million grant from the Gillard Labor Government was awarded to fund research to help build one of the largest solar power plants in the world, the 150-MW Moree Solar Farm, which will power around 45,000 homes and perform research. The Commonwealth Scientific and Industrial Research Organization (CSIRO) will lead a consortium of researchers from the University of New South Wales, the University of Newcastle and Hunter TAFE to conduct research at the proposed A$925-million project, whose investors include BP Solar, Fotowatio Renewable Ventures (FRV) and Pacific Hydro. Preliminary research will begin this year, with completion and commissioning of the plant expected by the end of 2015.

That’s not the only far-reaching solar project backed by CSIRO. In November, CSIRO announced it was building the largest solar-power tower of its type in the world at the National Solar Energy Centre in Newcastle, New South Wales, consisting of around 450 mirrors (heliostats) that will direct solar heat onto a 30-meter-high tower to produce super-heated compressed air for a Brayton Cycle turbine. "Most solar thermal power stations require water to operate a steam turbine to produce electricity," explained a press release. "The Brayton Cycle technology does not need water. The technology is therefore ideally suited to many parts of Australia that only receive minimal rainfall."

While that project cranks up the heat, others seek to recover it from the waste stream. Such is the case near Greenville, N.C., where waste heat recovery developer KGRA Energy, in partnership with Turbine Air Systems Inc., is working to install an 800-kilowatt system that will capture waste heat from a kiln where lumber enters the drying process at a Weyerhaeuser mill and convert the captured thermal energy into clean electricity. In addition to providing 20 construction jobs (local contractor Roberts Co. is constructing most of the project), the system, when completed, will provide the mill approximately 4.5 million kilowatt-hours of emission-free electricity per year.

Organic Rankine cycle has been deployed at more than 1,500 sites around the world. But it’s still new in some strata of the industrial world.

"Many astute facility managers have been aware of waste heat for some time," says Jason Gold, CEO of KGRA Energy. "But to date the effort has been focused on the high-temperature stuff. Heat sources under 800 degrees are kind of cool to an industrial engineer. They’ve sort of ignored it, and that’s a very fertile market for us."

KGRA pays for the system and then sells the power to the customer, either on a build-own-operate model with a long-term power purchase arrangement, or a model that allows the end user to purchase the system at a fixed price.

Sectors showing interest in the heat recovery systems include pulp, paper and timber; refineries and petrochemical operations; power plants; and even data centers, says Gold, as well as the steel and glass industries. Most of those sectors are large power consumers, affording KGRA the opportunity to make a large difference to their bottom lines. At some newsprint mills, for instance, portions of the mill may be shut down and therefore boilers are running below their rate of efficiency. "By installing our system, they can run their boilers at maximum efficiency, in addition to the power benefit, and leverage their fixed cost infrastructure," says Gold.

In the cement industry, he says opportunities exists in the clinker cooler, where air blown across the clinker can reach 1,800 degrees Fahrenheit, and in preheat towers, where companies often spend money spraying water to cool the air. Gold says thermodynamics engineers at refineries have told him, "It’s killing me to watch this energy leave the stacks or be vented into the atmosphere," but they haven’t been able to go attack it due to limited staff time, capital or c-suite prioritization.

Other projects from KGRA incude a system on a Kinder Morgan pipeline in Colorado, and another at an Energy Transfer natural gas processing station in Louisiana. Canada’s Enbridge has installed several. Systems have been installed abroad by Ciments du Maroc in Morocco and by Agrivis and Societa Agricola in Italy.

Gold says another factor in KGRA’s favor is the current and forthcoming regulatory environment with regard to emissions. Moreover, such projects can also sometimes take advantage of energy-efficiency incentive programs offered by utilities.

In the Indian state of Gujarat in January, Singapore-based Atlantis Resources announced it would install a 50-MW tidal energy farm in the Gulf of Kutch off India’s western coast. The project, which could eventually grow to 200 MW of capacity, joins the global ranks of tidal energy farms or barrages, including projects in Wales, Korea, France, the Netherlands, Canada and Scotland. Atlantis is involved in several. Atlantis CEO Tim Cornelius said a study a few years ago revealed global "hot spots" for deployment of its 1-MW AK1000 turbines, including the Gulf of Kutch. With government support, the $150-million project is set to move forward, with some manufacturing supporting it to take place in India.

In October, a consortium including Atlantis was given the right to develop a 400-turbine tidal farm in the Pentland Firth in Scotland. Financial backers of Atlantis include Morgan Stanley, Statkraft SF of Norway and Singapore’s leading global fund, EDBI.

On top of the waves Down Under, Shell this spring instructed the Technip Samsung consortium (TSC) to proceed with construction of the first floating liquefied natural gas (FLNG) facility in the world. Moored 124 miles (200 km.) from the nearest land, the Prelude FLNG facility will produce gas from offshore fields and liquefy it onboard by cooling. Design of the facility will be undertaken by TSC at Technip’s operating centers in Paris, France, and Kuala Lumpur, Malaysia, and it will be built at the Samsung Heavy Industries shipyard in Geoje, Korea.

Shell anticipates pursuing more FLNG projects around the world. Shell’s upstream investment in Australia should reach some $30 billion over the next five years.

In July, Dow Chemical formed a JV with Japan’s Ube Industries called Advanced Electrolyte Technologies, which will open a factory next year in Dow’s hometown of Midland, Mich., that will produce 5,000 tons to 10,000 tons a year of formulated electrolytes, the conductive material in advanced batteries, for a global market estimated at 15,000 to 20,000 tons. Dow Kokam is in the midst of building a lithium-ion battery plant in Midland. The lithium-ion battery market is projected to reach $74 billion by 2020, with the electrolyte market reaching $1.2 billion. A Dow spokesman said the JV may build similar plants in Europe and China.

In Québec in April, a project from Süd-Chemie subsidiary Phostech Lithium that was announced last year received official government support from the province in the form of a C$7.4-million grant and training funds from Emploi-Québec for the company to establish a C$78-million, 50-job lithium iron phosphate (LFP) commercial production facility in Candiac, in the province’s Montérégie region.

LFP is a high-performance material with multiple applications, including energy storage for electric vehicle batteries. Production is expected to be 2,500 tons a year when the plant launches in 2012. Süd-Chemie already produces 300 tons per year at one of its primary plants in Moosburg, Germany. Via a licensing arrangement, another LFP plant is expected in Québec from Taiwanese firm Advanced Lithium Electrochemistry (Cayman) Co., Ltd (ALEEES).

Süd-Chemie’s penchant for energy innovation is not restricted to batteries. In late July, near the Bavarian BioCampus in Straubing, the company, now part of the Clariant Group, began construction of what will be the largest German plant for the manufacture of the climate-friendly biofuel cellulosic ethanol from agricultural waste materials. The 20-job operation will produce up to 1,000 metric tons of cellulosic ethanol per year, primarily from wheat straw from the Straubing area, an agricultural center in a region known as "the granary of Lower Bavaria."

"The total project volume is around €28 million: €16 million in investment and just under €12 million for accompanying research measures," said the company. The Bavarian state government and the German Federal Ministry of Education and Research (BMBF) have each contributed around €5 million into the project and related research initiatives. 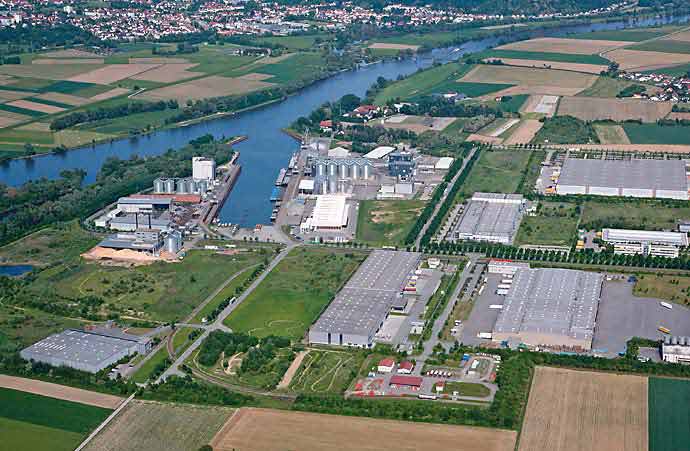 Straubing, known as “the granary of Lower Bavaria,” will be home to a new cellulosic ethanol plant from Süd-Chemie, to be located near the town’s Bavarian BioCampus development. 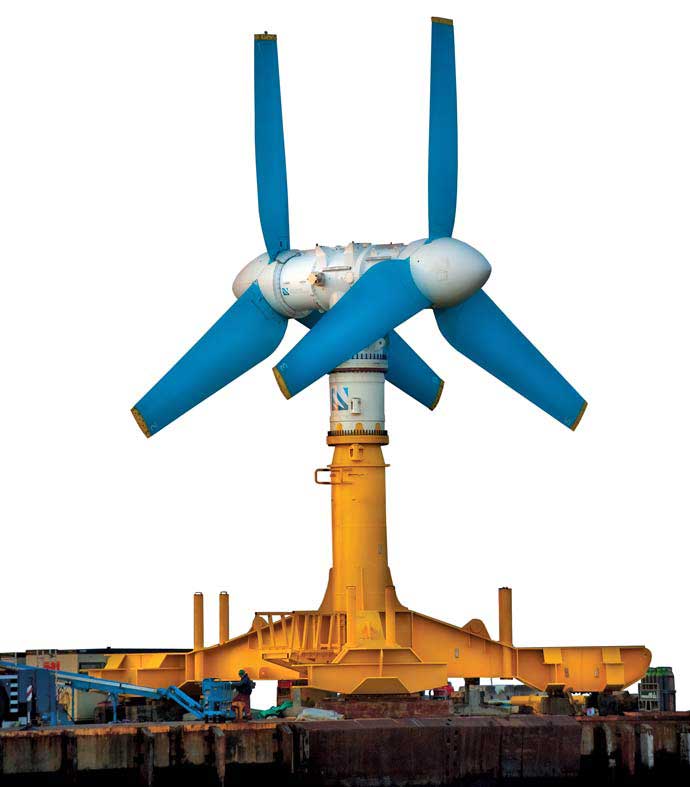 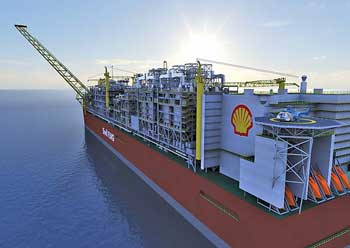 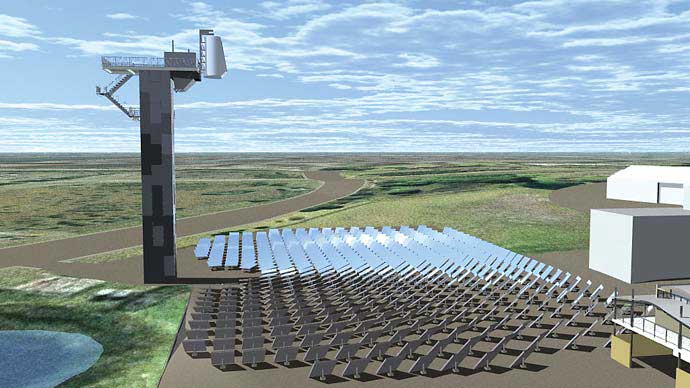 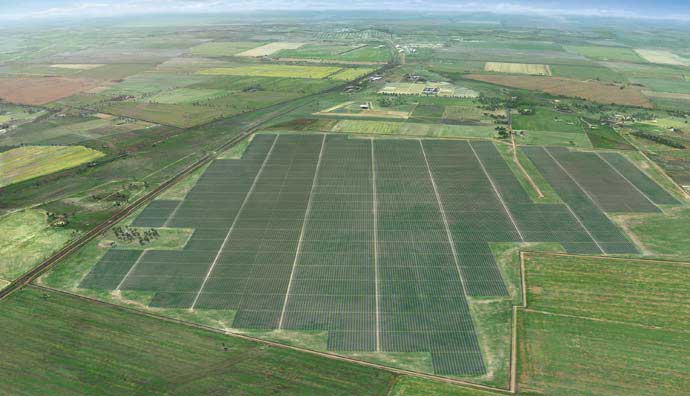 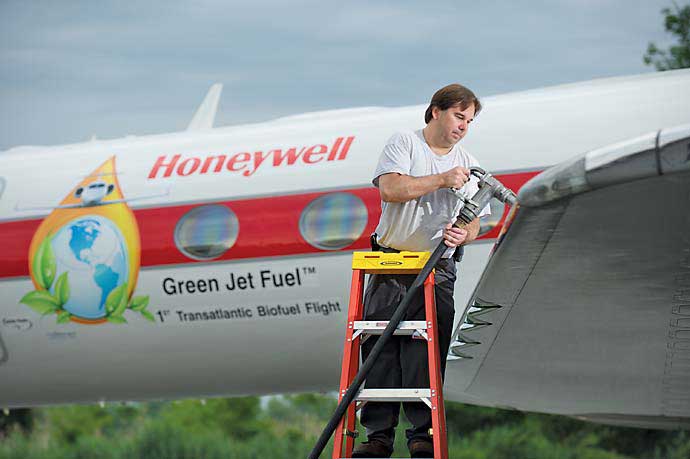