Back in the USA

For some firms, the numbers add up for domestic manufacturing. 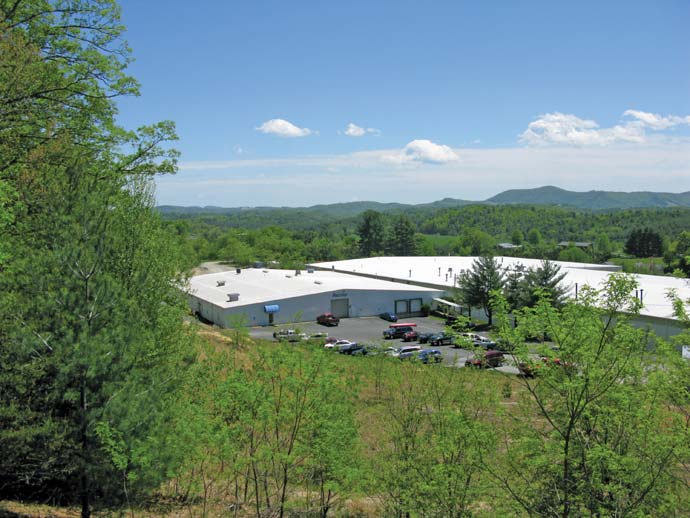 Med-Fit Systems is gradually bringing manufacturing back from China and Taiwan to its Nautilus division in Independence, Va.
Photo courtesy of Med-Fit Systems
by JOHN W. McCURRY
D 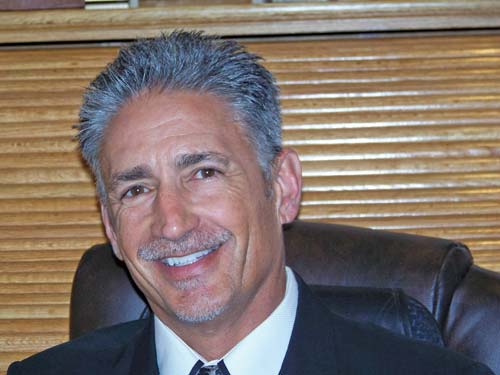 ean Sbragia had been in the medical products distribution business for 23 years when his company, Med-Fit Systems, purchased the commercial assets of fitness equipment builder Nautilus in February 2010. During the six months of negotiations for the deal, it became apparent that Med-Fit had found an opportunity to be one of the growing number of companies bringing manufacturing back from China.

Med-Fit, based in Fallbrook, Calif., is a specialist in products for rehabilitation and senior care, including Nautilus products. The Nautilus purchase involved four buildings on a 56-acre (23-hectare) tract with 262,000 sq. ft. (24,340 sq. m.) of space in Independence, Va., in Grayson County, located just west of I-77 and just north of the North Carolina state line in the far southwestern corner of the Commonwealth. Through the years Nautilus had gradually moved a significant amount of its manufacturing operations to China and Taiwan. For Sbragia, founder and CEO of Med-Fit, it made economic sense to reverse that trend.

"We did the cost analysis of all products as we were going through our due diligence, and I said, 'Gosh, let's take a harder look at it,' " Sbragia says. "So when we hit the ground with the purchase in 2010, we brought manufacturing of our free weight products back to Virginia. It made sense for us to build in Virginia. We can build better products with better control of inventory at a lower price than we could build in China. We went through the same process with our elliptical equipment, which is more sophisticated and was built in Taiwan. We found we could build those machines better and have better quality control as well for less money."

Earlier this year Med-Fit also resumed treadmill manufacturing in Virginia. Sbragia anticipates bringing upright and recumbent bikes, the final two Asia-made product lines, back to Virginia by the first quarter of 2012, when everything will be under one U.S. roof, he says. The Virginia operation employs 135, and Sbragia expects that number to grow.

Sbragia believes there are many more opportunities for companies to bring manufacturing back to the U.S., especially if they locate in states willing to provide incentives. He says there is a good supply of empty manufacturing facilities and manufacturing equipment in some areas that make this proposition feasible. He notes that Med-Fit paid US$8.30 per sq. ft. for the Nautilus manufacturing space.

"If you really do the analysis, the possibility is there, especially in a state like Virginia which facilitated us buying the property," Sbragia says. "Certainly in Virginia, it makes 100 percent sense to explore that option. We are looking at building another high-volume fitness product in our factory, which would result in a considerable uptick in employment. This product is currently built in Taiwan, but we will be really competitive building in Virginia. Chinese costs and Taiwan costs keep going up. If we keep our overhead low, we can do this. U.S. manufacturers need to look at that."

Husband-and-wife team Mei Xu and David Wang, natives of China, started Chesapeake Bay Candle in the basement of their home in Annapolis, Md., in 1994. The business, now headquartered in Rockville, Md., grew rapidly, and the couple began manufacturing in China in 1995. The company, which added factories in Vietnam in 2003 and 2007 and a sourcing office in Shanghai, has come a long way since the early days when Mei used soup cans as candle molds.

Chesapeake Candle is a wholesale company that sells to large retailers such as Target, Kohl's and Bed Bath & Beyond. The company became an American manufacturer in June when it began operating in a 125,000-sq.-ft. (11,612-sq.-m.) facility in Glen Burnie, Md. About 30 people are employed there now, with plans to grow to 100 within a year.

Chesapeake Candle spokeswoman Mareike Finck says the company wanted a U.S. manufacturing base for several reasons, including higher costs in Asia due to the devaluation of the dollar since 2008 and the fact that the cost of manufacturing in China and Vietnam is on the rise.

"Overall, labor costs in China and Vietnam are up 20 to 30 percent since 2008 and the cost of transportation from Asia has dramatically increased," Finck says. "We've seen the case for manufacturing in the U.S. build slowly, but surely. Once we opened up to the possibility of manufacturing here, we looked at many states and cities. The reason we picked Glen Burnie has a lot to do with our headquarters being nearby in Rockville. All of our products have been designed here, and the owners wanted to have a factory close by to narrow the gap between research and development and manufacturing."

Chesapeake Bay Candle looked at sites in California, the Carolinas and Utah, but Finck says it was partly an emotional decision by company owners to stay near the company's namesake region. The Glen Burnie facility will supply the U.S. market with "filled vessel" candles, poured into glass or ceramic containers.

Mei, who serves as the company president and is traveling in China this summer, responded to questions via email. She believes the "back to the U.S." trend will continue.

"As raw material and transportation costs continue to rise, adding to the also continuously increasing labor and welfare costs for workers, China will find it hard to maintain its production-cost advantage," Mei says. "American companies will discover other advantages — related to logistics and marketing — that make the U.S. an attractive alternative. Manufacturing in the U.S. allows companies to remain flexible and to react quicker to changes in the marketplace, and to increase their speed to market."

Companies with processes that are highly automated and less labor-intensive are more likely to succeed in the U.S., Mei says, as will industries that rely on a complex supply chain and aim for complete transparency in supply chain quality and reliability. She also says the U.S. is more promising for companies that make products with a lot of rapidly changing variables requiring shorter lead times.

A recent analysis by The Boston Consulting Group predicts that the U.S. is on its way to becoming a low-cost country among developed nations. BCG's study says that the U.S. will experience a manufacturing resurgence as the wage gap with China shrinks and certain U.S. states become some of the cheapest locations for manufacturing in the developed world. This is being propelled by Chinese wages rising at about 17 percent per year and the value of the yuan continuing to increase, BCG says.

"We looked at a number of factors, prominently the wage rate increases we are seeing in China," says Michael Zinser, a Chicago-based partner of The Boston Consulting Group and a co-author of the study. "We believe China will no longer be the default manufacturing location for companies supplying the U.S. market. But it's not to say China will cease to be a factor — it's quite the opposite. The equation an organization is likely to work through is where they can get the lowest total costs. Certainly there are other factors such as proximity to customers and the capability to customize products. When we look at the convergence of labor costs, certainly the southern region of the U.S. is seeing a lot of investment, but that's not to say that's the only place."

Zinser says supply and demand constraints in China are resulting in inflation and higher wage rates. These are coupled with other factors such as the appreciation of Chinese currency.

"What we are seeing in the U.S. are two primary factors: flexibility of the labor force where organizations have found workers who will make concessions, and governments interested in providing incentives. Companies who have products made in modest volumes with a lower labor content are more likely to come back."

While the study focuses on labor cost issues, Zinser notes that increased shipping costs also play a role in the return from Asia.

Bloom Energy has ambitious plans to build its new, high-tech manufacturing hub in Delaware, subject to a final agreement with Delmarva Power, as well as the passage of enabling legislation and regulatory approval. Bloom says the new investment could create up to 1,500 high-tech jobs between the company and its suppliers at the site of the former Chrysler factory in Newark. The facility would employ 900 people in the manufacture of Bloom Energy Server fuel-cell units, with a potential 600 additional jobs through co-located suppliers.

However, several hurdles must be cleared. Delmarva Power is proposing to partner with Bloom Energy to facilitate a 30-MW fuel cell installation as part of the utility's renewable energy portfolio, pending legislative and regulatory approval.

Gov. Jack Markell will be asking the General Assembly to consider legislation that would establish a regulatory framework for fuel cells, a reliable technology that is increasingly cost-competitive for commercial use. The proposed legislation would also enable locally produced, clean energy from Bloom Energy Servers to be counted towards Delmarva Power's renewable portfolio requirements. If the legislation passes, Delmarva Power would then file a new manufactured-in-Delaware fuel-cell rate tariff with the Delaware Public Service Commission for its review and approval. Bloom Energy Servers have successfully been deployed by such companies as Adobe, Coca-Cola, Google and Walmart.

The expansion will bring TMMWV's annual transmission capacity to nearly 400,000. The expansion raises total employment to approximately 1,100 and total plant investment to $1.26 billion. 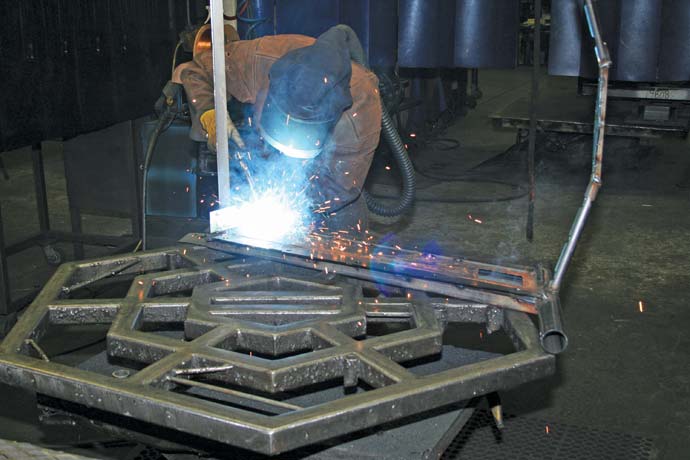 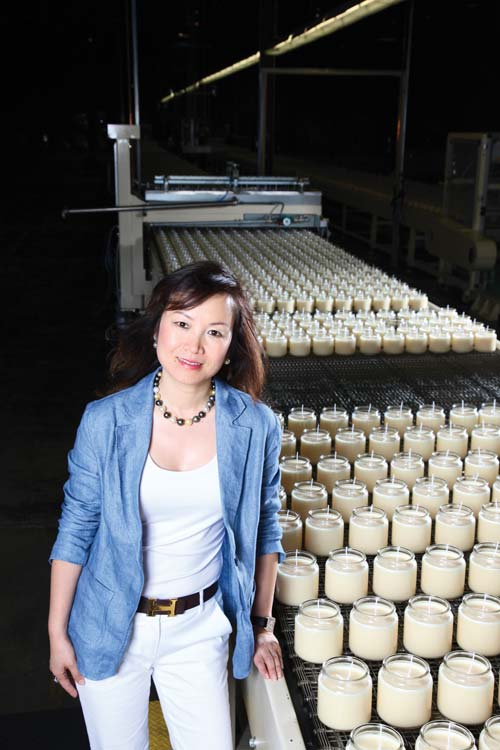 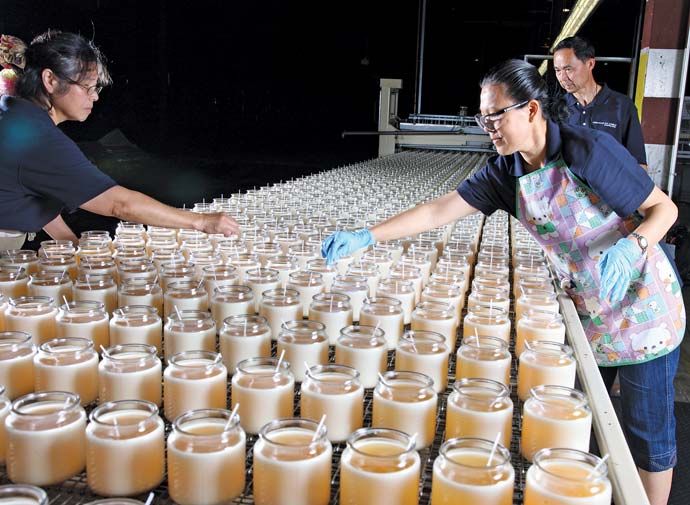 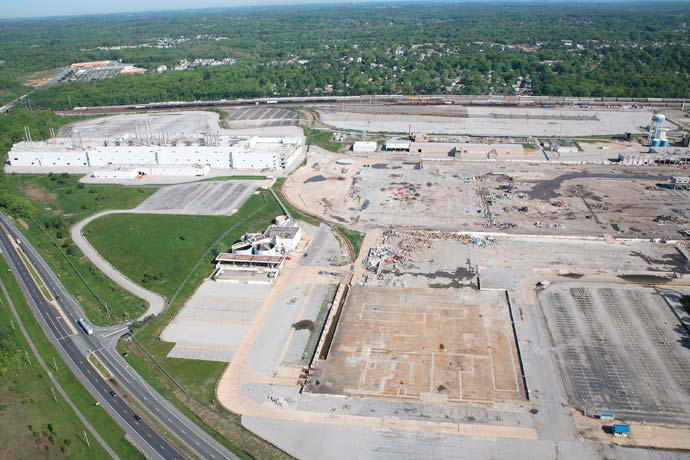 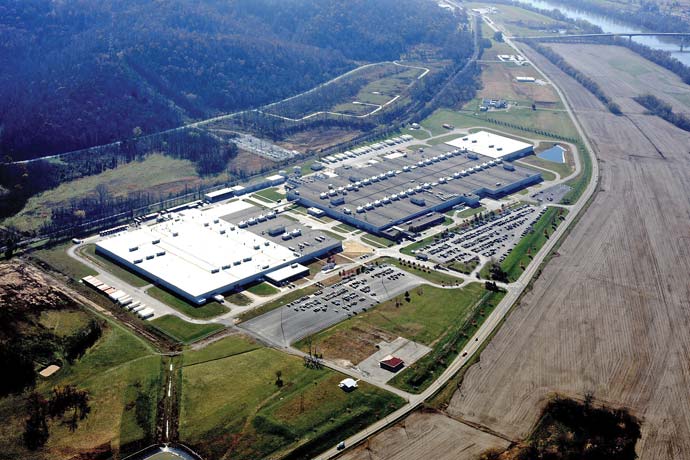 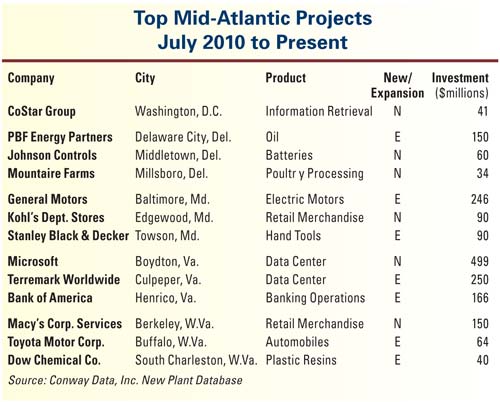