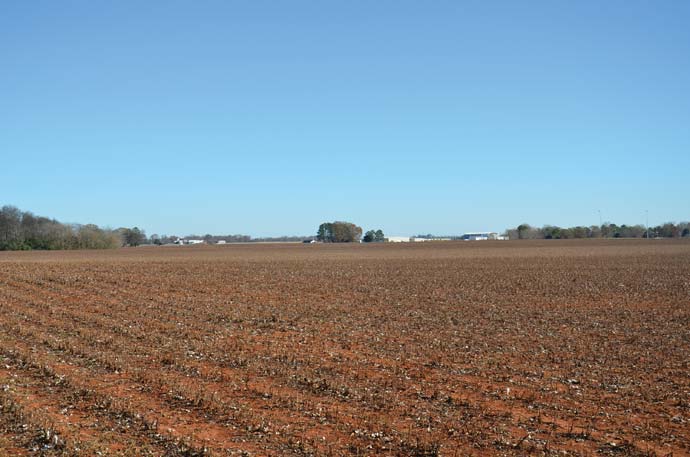 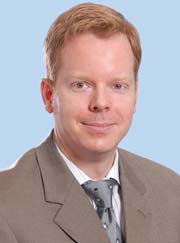 ecause of its rich deposits of iron ore, coal and limestone, Alabama's metals tradition goes way back. Now there's a new kid on the block … one that's 122 years old itself.

Pennsylvania-based stainless steel and premium alloy manufacturer Carpenter Technology Corp. in October chose a 230-acre (93-hectare) site near the Limestone County municipality of Athens, in the Huntsville metro area, for a US$500-million new plant that will make premium alloy products. Carpenter said the 400,000-sq.-ft. (37,160-sq.-m.) facility is being built in response to strong customer demand, especially in the aerospace and energy industries.

The site selection process began in January 2011 with about 250 worldwide locations, ultimately narrowed down to a dozen, including two Pennsylvania locations, said William A. Wulfsohn, president and CEO of Carpenter, which has maintained the bulk of its operations in Reading, Pa., ever since its founding.

Incentives for "Project Crossroads" are standard statutory incentives that include 10 years of tax abatement on real and personal property taxes, and a 5-percent corporate income tax credit every year for 20 years. Expected to be operational by spring 2014, the complex will include remelting, forging, and associated finishing and testing capabilities.

Bernie Mara, vice president, global advanced engineering for Carpenter, says that kind of innovation, which takes the form of new products and materials, has been the key to Carpenter's success.

Exports of steel have been climbing at Alabama ports because of the growing metals production footprint in the state. Asked if Carpenter will be joining the export party, Mara says, "We're starting to calculate that right now." For Carpenter, much depends on qualifying vendor-approved processes. "The more products you get qualified, the more that go into aerospace and energy, and the higher percentage that could be exported," he says. When the company's ready, intermodal, water and rail are all nearby, starting with the Tennessee-Tombigbee waterway.

"You can use it from Mobile, and save yourself four to five days," says Mara. "We do plan on exporting. Our growth for international has been pegged to be an opportunity for us, so we will be moving quite a bit of material overseas."

The company has roughly 300 acres (121 hectares) in Reading, where the company has acquired land up and down the Schuylkill River as it has grown. Two years ago the company completed a $125-million expansion there, and even now is adding more capacity in Reading for premium product processing that will mean 20 new jobs.

Carpenter is a tax consulting client of KPMG LLP, the U.S. audit, tax and advisory firm, and it was through that connection that the alloy firm engaged KPMG's Global Location & Expansion Services practice, whose team was led by Ulrich Schmidt, senior manager, and Robert Boehringer, manager. Mara says KPMG helped his cross-functional team build a model out of their project priorities, weigh the parameters and, in the end, feel confident with their conclusions. "The process they had seemed very robust," he says.

Beyond basic cost factors such as building, land, labor and facility operations, Mara says labor pool quality and skill sets and training resources were of utmost importance. What's more, his team needed to fully understand the area's quality of life for future recruitment and retention.

"We needed to have around 200 acres [81 hectares]," he says, "not for what we're going to build today, but for the next two major expansions at a minimum. This could be a 15- to 20-year expansion site. What we're putting there is about one third the size of what we sited for."

Schmidt says in confidential discussions with state and local economic developers, "we really described this as a 100-year project. Carpenter was not looking to site a facility, but site a monument. The equipment that will ultimately be installed is something you don't move more than once."

The chosen site was one of three in Limestone County that Mara says would have worked, chosen from a large funnel that considered 250 locations, including a few outside the U.S. But the eastern half of the nation was truly the company's preference. The locations were narrowed by a factor of 10, then down to 10 finalists in three different states, most of them in the Southeast.

"We saw all 10 in three states in one week," says Mara. "There wasn't a lot of 'drop back and re-evaluate.' We always kept moving forward. "

"A lot of times these projects drag on because of internal company issues," says Schmidt. "In this case, start to finish, it took nine months, which is very fast."

Mara had previous experience locating facilities in such places as the Czech Republic and Mexico for a former employer. But Carpenter has had little experience venturing outside its corner of the Keystone State.

"We have the good fortune of a lot of employees with 30-plus years of service," he says. "Deep down inside, they didn't know how we could pull this off, and really felt it would make the best sense to just build it next door."

Boehringer says the highest ranking variables in the project's initial analysis were labor availability and quality, utilities and logistics, followed by labor cost. Another six to eight variables were also evaluated, with metrics within those variables that were independently weighted.

Mara's assembly of a strategically focused and committed team was key, including the effort made to overcome the initial preference for staying in Reading. Looking outside Pennsylvania would diversify the company's operational footprint, which in the end was considered a positive step. "The focus of the group was steadfast," says Boehringer.

"To their credit, they were open-minded," says Mara. "They grew professionally. And they unanimously agreed on where we proposed to build."

Mara says the importance of talent played out in the two finalist sites, which were the top two in the country in terms of technical talent concentration. The Limestone County talent quotient is helped in part by the Huntsville area's space industry legacy.

Mara says customized training will help the new facility's work force get up to speed without having to depend too much on support from a remote location. In addition to the state's AIDT work-force development program and basic skills training, there's the brand new Advanced Technology Robotics Research and Development Complex within a half-mile of Carpenter's site.

"And right across the street is Calhoun Community College, the largest in Alabama, with customized training programs available to train your employees," he adds. "So they're all physically very close. We plan to utilize that facility and those services heavily." Calhoun has 12,000 students enrolled on two campuses, and is among the top 20 fastest growing community colleges in the nation.

Another specific factor was proximity to a 161-kv power line. Mara says the availability and dependability of electric power and natural gas was a major consideration, something that should be aided by the Limestone County presence of TVA's Browns Ferry nuclear plant, with a generating capacity of 3,440 megawatts. The new plant itself will be served by Athens Utilities.

"Our processes are critical in nature, and power disruptions are a significant issue," he says, significant enough to cost between $50,000 and $250,000 per episode, even if it lasts only a minute. "If we're in the process of melting and there's a disruption, we could end up having to scrap that heat," he says, noting the very particular procedural requirements of critical aerospace components by way of example.

"He makes sure the right people get connected," says Mara.

From Contender to Winner

The project is sweet redemption for Athens. Right across the street from the Carpenter site is the Sewell megasite that was the runner-up for the Volkswagen plant that went to Chattanooga.

"We went down to the very end, sitting at table waiting on phone call, and it didn't come," says Tom Hill. "That was pretty tough." A similar opportunity went by the wayside in 2009.

Boehringer and Schmidt say teamwork by local economic developers was particularly important on this project, beginning with altering some preconceived notions about Alabama from some who had never set foot in the state before. By the time those visitors were reboarding the aircraft to return home, those perceptions had been reframed.

But ultimately it was the framing of assets on the ground that carried the day.

"What the county had done really helped differentiate this site from the competition on an incentives basis," says Boehringer, "getting this project to a point where the land was fully subsidized. The local utilities likewise made great efforts to help reduce offsite infrastructure costs related to the substation and utility extension to the edge of the building envelope, and took all risk out of the site. They went above and beyond to illustrate their commitment to this project."