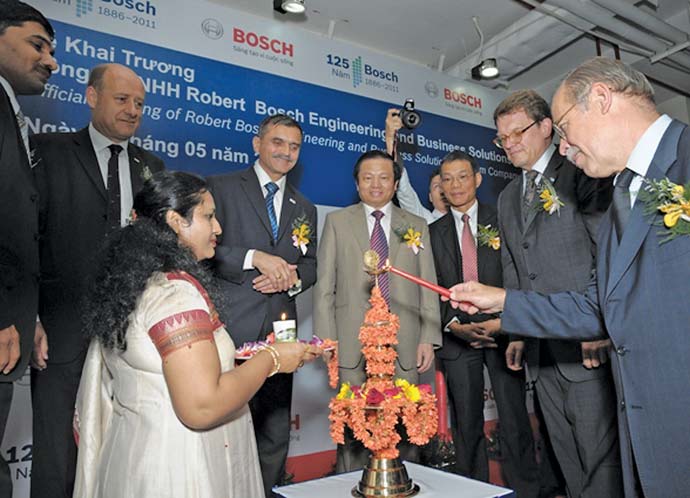 apan's Panasonic Corp. is one of the latest multinationals to toss its hat in Malaysia's solar industry ring. Panasonic has established Panasonic Energy Malaysia as a solar manufacturing base to operate a vertically integrated facility producing wafers, cells and modules. Panasonic says it will invest 45 billion yen (US$577 million) in the facility, which will start operation in December 2012 with an annual production capacity of 300 MW.

The new factory will be built in the Kulim Hi-Tech Park in Kedah, which is already home to First Solar Malaysia. Panasonic says it anticipates robust demand in the residential sector, which is the target market of its HIT (Heterojunction with Intrinsic Thin-layer) solar modules. The plant will also strengthen the module's cost competitiveness, the company says. The modules will be sold as an individual product as well as a part of a system combined with storage batteries.

Global consultancy Frost & Sullivan says growth of the solar PV market in Malaysia will be accelerated due to the implementation of a feed-in-tariff policy. Malaysia aims to become the second largest producer in solar manufacturing by 2020 and is emerging as the favored country for new PV manufacturing units, according to Frost & Sullivan.

"Falling global prices for PV modules could also aid the growth of the grid-connected solar market in Malaysia," Krishnaswamy said.

Frost & Sullivan said Malaysia presents immense opportunity for energy efficiency (EE) and energy management services because of the energy-intensive process and manufacturing industries. The Malaysian government has taken a major step by passing an EE law that will be the framework for promoting EE improvements.

Another Malaysian solar project comes from Germany's Bosch Group, which plans a new manufacturing site in the Batu Kawan region in Penang. Bosch says the €520-million (US$676-million) project is one of the largest in the company's history.

"With this investment, Bosch is moving further along the path of internationalization it has already set for its photovoltaics business," said Franz Fehrenbach, chairman of the Bosch board of management, in Stuttgart.

The new manufacturing site in Batu Kawan will mainly serve Asia's solar energy market, which is growing strongly. In the coming years, the Asian market is set to see average annual growth of 30 percent. Components for manufacturing sites in other countries will also be produced at the new Malaysian site, said Fehrenbach. Construction of the site is already under way.

"The planned facility will cover the entire value-added chain, from silicon crystals — known as ingots — and solar cells to the modules which can be installed on roofs or in solar power plants," said Holger von Hebel, chairman of Bosch Solar Energy AG.

Start of production is planned for the end of 2013. Bosch expects to complete construction the following year. By then, about 2,000 people will be working at the site. The module production lines will reach an annual peak capacity of 150 megawatts. Bosch says current efficiency depends strongly on where in the world the cell is in use. While the annual cell production of the new manufacturing site in Malaysia would cover the energy needs of 165,000 households in central Europe, the number of households covered in Malaysia would be almost twice as high, at up to 300,000.

Bosch says the decision to build a new site in Asia reflects general developments in the global market for photovoltaics. By 2020, total installed output in the region is expected to reach some 130 gigawatts at peak.

This would be enough to meet the energy needs of 200 million people in Europe. There are currently five gigawatts installed. The company says Malaysia's position in the "sun belt" positions it well for solar market growth. Bosch also cites Malaysia's qualified work force in the fields of electronics and semiconductors as well as a good local infrastructure and reliable power supply, which is critical for photovoltaic production processes.

Bosch has been present in Malaysia since 1923, with several divisions currently operating in Penang.

Bosch also recently opened its first southeast Asian software engineering center in Vietnam. The newly established Robert Bosch Engineering and Business Solutions Vietnam Company Limited offers high-tech software and engineering services. These include the development of embedded software, such as that used in electronic control units and IT services. Bosch has invested more than €3 million (US$3.9 million) in the facility, which began operations with 60 engineers. Bosch expects to employ 500 at the center by 2015. Bosch has similar centers at its Indian locations in Bangalore and Coimbatore.

Bosch plans to use its Vietnamese location primarily to serve industrial customers in southeast Asia as well as automakers in Japan, South Korea, and China.

"The new software engineering center complements our existing activities in Vietnam," said Vijay Ratnaparkhe, chairman of RBVH and managing director of Robert Bosch Engineering and Business Solutions Limited in India. "It will improve our ability to support our customers in Asia Pacific."

Bosch, which has operated in Vietnam since 1994, opened a high-tech facility for the production of belts for continuously variable transmissions in Ho Chi Minh City in mid-April 2011. A total of €55 million (US$71.5 million) will have been invested in the plant by 2015, and there will be some 800 employees working there by then. 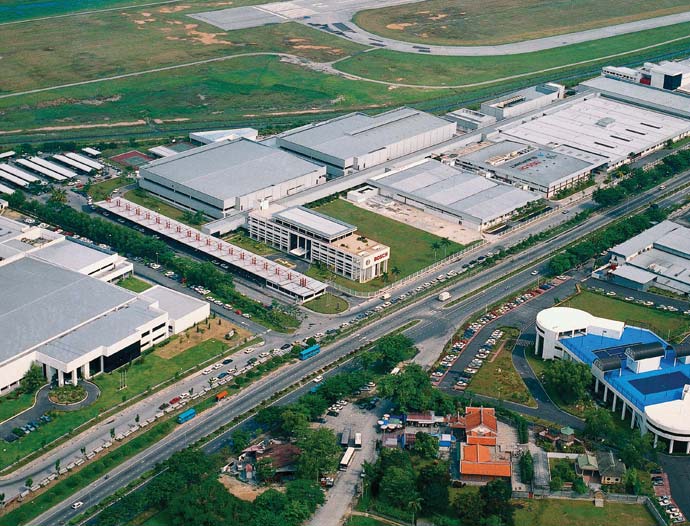 Bosch, which already has a major presence in Penang, Malaysia, plans to develop a vertically integrated solar manufacturing center there.
Photo courtesy of Bosch