The Common
Denominator Is Jobs

A national laboratory expansion and a new yogurt manufacturing project will deliver significant economic impact to their cities and to Idaho. 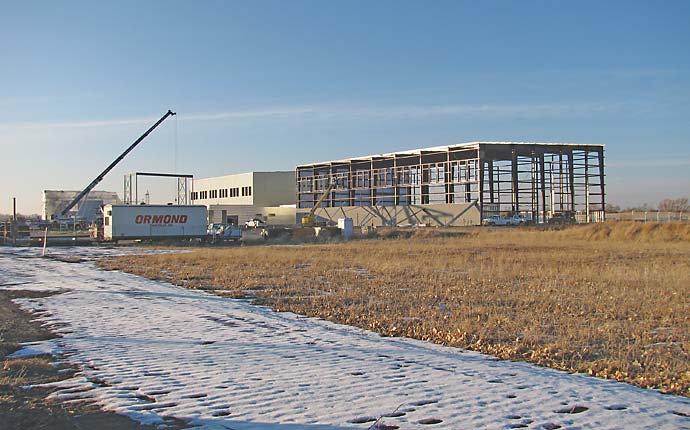 Construction began on the Idaho National Laboratory Energy Systems Lab at University Place in Idaho Falls in June 2011. Research will commence in the facility in August 2012. A Research and Education Lab also is to be built, with occupancy slated for July 2013.
Images courtesy of INL and Grow Idaho Falls
S 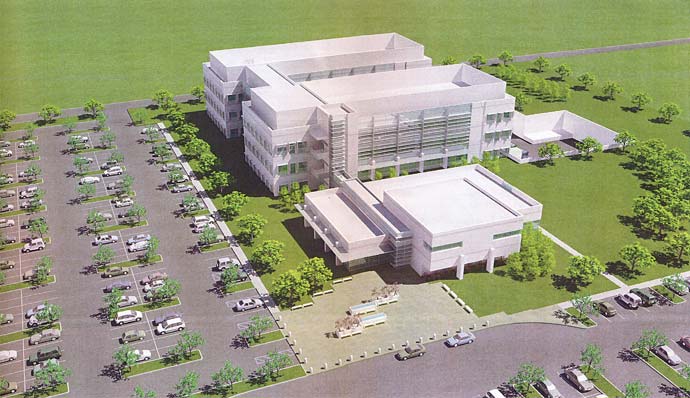 everal thousand jobs are being attributed to work now getting under way at the Idaho National Laboratory (INL) in Idaho Falls, the centerpiece of which is a new, $50-million, 148,000-sq.-ft. (13,750-sq.-m.) research and education laboratory. The three-floor facility will feature offices and multiple laboratories for conducting experiments and performing energy security research as well as conference rooms and meeting space for community outreach activities. Once complete in 2013, the new center will be leased to Battelle Energy Alliance.

Since 2005, INL has opened 13 research, development or support facilities totaling over 430,000 square feet (40,000 sq. m.). One of 10 national laboratories, INL specializes in energy, national security, science and the environment. It is a leading center for nuclear energy research and development and was the lead developer of the batteries for the Mars Rover.

"There are the Alliance personnel, the contractors and scientists with the lab itself as well as a clean-up project that is going on that is a rather significant employment base for several contracting companies here," says Martin. "If you include all of that employment together, you get into the thousands — I'd say it's between 6,000 and 7,000 at any given time."

What's more, says Martin, the lab's presence in Idaho is a magnet for related investment on the part of private enterprise, such as nuclear energy giant AREVA, which just received its Nuclear Regulatory Commission license in October. Subcontractors to the AREVA project are actively seeking work with INL, and additional synergies are forming between INL and the region's higher education resources, particularly at University Place, a joint campus of Idaho State University and the University of Idaho.

"We are also finding some synergies with the Eastern Idaho Technical College in the area of class offerings, which is a great thing, especially for people working at the lab who want to do some continuing education work and for work-force training for new jobs. University Place is also the location of the Center for Advanced Energy Studies, which recently hosted a group of international students working there and with INL."


Chobani Picks Twin Falls for Its Next U.S. Plant

hobani, based in Norwich, N.Y., is building a second domestic yogurt manufacturing plant in Twin Falls with an investment of $100 million and an initial payroll of 400 workers. Labor supply was one of three key factors working in Twin Falls' favor, the other two being its western U.S. location and supply of high-quality milk.

"We visited numerous possible states over the past several months and met a lot of great people along the way," said Hamdi Ulukaya CEO and founder of Chobani, at the November 9th project announcement. "It was a hard decision to make, but in the end we chose Twin Falls due to its abundant milk supply, skilled labor force and tight-knit local community."

But the project will benefit more than just Twin Falls, according to state and local officials. Gov. C.L. "Butch" Otter characterized the significance of the Chobani project as far-reaching: "Between construction activities, employment at the plant and the sourcing of local supplies like milk, there's no question that the economic effect of Chobani's new site will run deep throughout southern Idaho, benefiting family farms as well as our dairy and construction industries."

Jan Rogers, executive director of Southern Idaho Economic Development Organization, says that for every 10 jobs created by Chobani, another 66 will be created in other industries. "And over $266 million will be added to the economy as a result of their capital investment anticipated to reach $128 million. This is a significant win for our region, our dairy farmers, our residents and the entire state of Idaho."