Centuries of innovation cement Thuringia as leader in advanced manufacturing. 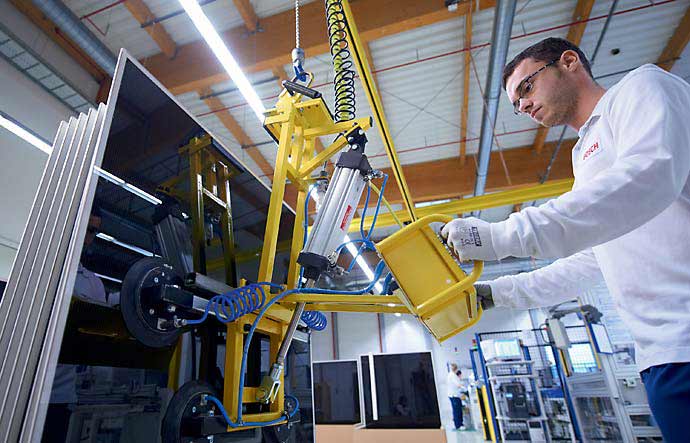 Bosch Solar Energy AG has more than tripled the size of its work force in only three years.
Photos courtesy of LEG Thuringen — the State Development Corporation of Thuringia.
by RON STARNER
F 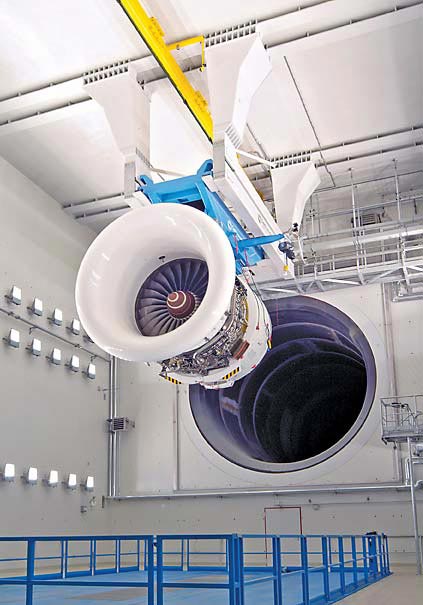 rom Goethe and Bach to Luther, Zeiss and Schott, the region of Central Germany known today as Thuringia has for centuries produced insightful minds that changed the world.

The earth-altering trend continues, as the Free State of Thuringia churns out some of the most fertile ground in the world for producing breakthroughs in optics, photonics, automotive engineering, biotechnology, microelectronics, plastics and photovoltaics.

As a result, the state that gave the world its first mathematically calculated microscope in 1872 and its first BMW automobile in 1928 is now producing cutting-edge technology in a variety of advanced manufacturing fields.

Since acquiring a small company in the capital city of Erfurt in 2008, Bosch Solar Energy AG has invested 520 million euros into its operations in Thuringia and has become one of the planet’s leading suppliers of solar photovoltaic products.

With 223,000 square meters of facility space and 2,500 employees in the capital region of Thuringia, Bosch is expanding rapidly in the center of solar energy manufacturing in Europe. The firm’s work force has more than tripled in three years, and the company has added both a logistics operation and an R&D center.

Approximately 5.5 gigawatts of solar power installations are expected in Germany this year, and about 80 percent of the country’s photovoltaic production is located within 300 kilometers of Erfurt.

“We decided to expand our operations in Thuringia because the skilled workers we needed were already here,” says Holger von Hebel, CEO and CFO of the Bosch solar energy business unit. “The government of Thuringia and the local government of Erfurt did a lot of good things to help us, including providing grants that covered 11 percent of our investment. The infrastructure for transportation and logistics is very good.”

Work force was the No. 1 reason Bosch chose Thuringia, says Hebel. “In 2008, the unemployment rate here was relatively high, and there were a lot of highly skilled technical people out of work,” he says. “We knew we could come to this region and hire the people we needed. There are very good universities here for training.”

Andrew Dickinson, Director and General Manager of N3 Engine Overhaul Services GmbH & Co. KG, agrees. He runs a company — a joint venture of Rolls-Royce and Lufthansa Technik — that overhauls jet engines, and to do that effectively he needs access to some of the best aircraft maintenance and repair technicians in the world.

He found them in Thuringia. The company’s plant in Arnstadt employs 500 people in 25,000 square meters of facility space. Since 2007, N3 has invested 100 million euros into its quickly growing operation.

“We did a European-wide search,” Dickinson says. “Logistics proved to be a huge advantage here, and so did the availability of a skilled work force. It is very easy to retain people here in aerospace mechanics. The government support is very good. They are proactive and helpful. That enabled us to build a company of this size and speed.”

Being located roughly in the middle of Lufthansa’s two major hubs, Munich and Frankfurt, helped seal the deal for N3 in Thuringia. “We considered other locations in Europe, places in Germany and the Czech Republic and the UK, and we short-listed that search to three sites: two in Germany and one in the Czech Republic,” says Dickinson. “We did detailed studies of all three locations.”

Thuringia emerged the clear winner, he says. “The main focal point was around the training center here,” he notes. “Thuringia expanded the local training center and built a purpose-built facility for working on jet engines.”

Dickinson says N3 will expand again. “We are constantly growing,” he adds. “In 2012, we will have a 20 percent increase in volume. Our facility has been sized for the future. We are only at 50 percent of capacity right now. In the next five to ten years, we will double our work force again. We were built for the long term.”

Built for the long term may also be the motto of Jenoptik AG, one of the leading optoelectronics companies in Europe. Based in the city of Jena, Jenoptik employs 3,200 people worldwide, including 1,400 in Thuringia.

The roots of the company go back to the second half of the 19th century. It laid the foundation of the modern optics industry for the entire world. “It really became like a Silicon Valley for microscopes and other optical instruments some 150 years ago,” says Michael Mertin, chairman and CEO of Jenoptik. “More than 60,000 employees worked at the height of the then eastern part of the company in 1989.”

A lot has changed since then, but one thing has not, says Mertin. “There is a lot of knowledge in optics and optoelectronics here,” he says of the firm that will do 525 million euros in sales around the globe in 2011. “We are surrounded by a very nice supply chain and knowledge pool, and there are lots of institutes and companies operating in this sector here.”

Mertin says he appreciates the accessibility of the local and state leaders. “I can call the minister of the economy or the minister of finance or the mayor of the city or even the prime minister of Thuringia anytime I want with a single phone call and talk to them,” he says. “It doesn’t matter what party the politicians belong to. They are all willing to help. There is even a special bank in Thuringia for investment and building businesses here. There are a lot of direct programs to support industries in this region.”

Matthias Peschke, COO of Masdar PV, says the support of the Thuringia government convinced the subsidiary of a fund of the state of Abu Dhabi to invest into a thin-film solar material plant in the Central German state of 2.3 million people.

“We started our activity in Thuringia almost four years ago, and we started construction for a second production line,” says Peschke. “Thuringia is a small state but it is a very supportive state. They help us wherever and whenever they can. We have plenty of highly skilled workers here, and there are several universities working on renewable energy in the region.”

Masdar employs 200 workers in a 13,000-square-meter plant in Thuringia. The company has invested 150 million euros to date into the operation and will spend another 100 million euros and create additional jobs by adding the second production line.

“We investigated several locations — East Asia, India, Europe and the U.S. — before selecting Thuringia,” says Peschke. “This is a very competitive location. You can hire excellent workers here at a reasonable salary, and the location is nice because of the logistics. We are very close to the highways and Frankfurt is only 200 kilometers away. Munich is only three hours away, and Berlin is easily accessible too.”

The bottom line, he notes, is that “the government supports you here. They try to make things happen.”

Automotive manufacturing also has deep roots in Thuringia, dating back to when BMW’s Dixi was writing automotive history in the early 20th century. Some 500 companies and 48,000 people work in the industry in Thuringia today. In 2011, major investments came from GM (190 million euros to expand its Opel Eisenach plant); Bosch (75 million euros for a new lithium ion battery plant); and Daimler (90 million euros into a Mercedes engine parts plant in Arnstadt).

This investment profile was prepared under the auspices of LEG Thuringen – the State Development Corporation of Thuringia. For more information, contact Barbara Kupfer at +49 (0) 361-5603-444 or by email at barbara.kupfer@leg-thueringen.de. On the web, go to www.invest-in-thuringia.de. 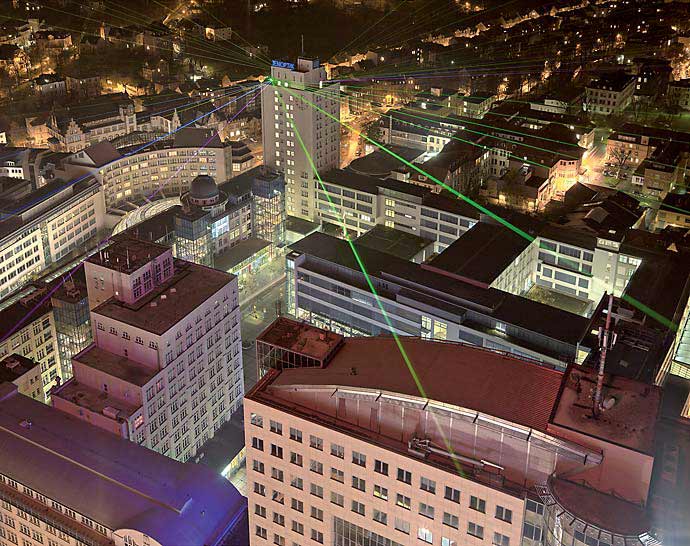 Jenoptik AG has a long history of optics breakthroughs in Central Germany. The firm employs 1,400 workers in Thuringia.