IDEXX will soon begin construction on the first phase of its expansion project. 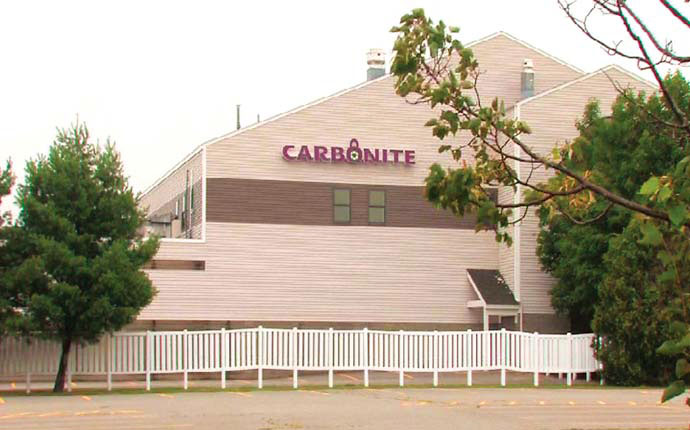 Carbonite brought all of its offshore call center operations to Lewiston.
Photo courtesy of athenahealth

et product spending might be one of those rare “recession-proof” sectors. The American Pet Products Association predicted that Americans would spend more than US$50 billion on their animals in 2011. Healthcare spending is a prime component of this expenditure. The APPA predicted $12.2 billion would be spent on veterinary care during the same period, a figure that has seen steady growth in recent years.

One of the many firms benefiting from this trend is IDEXX Laboratories, based in the Portland suburb of Westbrook, Maine. The company has grown gradually since its founding in Portland 27 years ago, and is poised to begin construction on a major, two-phase expansion that will add 200,000 sq. ft. (18,580 sq. m.) to its corporate campus. IDEXX specializes in development of information technology-based products and services for veterinarians. The company is also a global leader in providing livestock and poultry diagnostic tests and tests for the quality and safety of water and milk.

“We have been fortunate that as a business we have grown, even with this tough economy,” says Dick Daigle, IDEXX’s director of worldwide operations. “In 2008, we achieved the billion dollar mark, and we hit $1.1 billion in 2010 and anticipate growth in the future. We’ve added more than 900 jobs over the past 10 years.”

IDEXX plans to spend more than $60 million on facilities and equipment during the expansion, which will add to an existing campus of 575,000 sq. ft. (53,417 sq. m.) that currently employs 1,800 in Westbrook, part of a worldwide payroll that numbers 5,000. The Westbrook campus is home to the company’s corporate headquarters, the majority of its R&D operations and one of its largest manufacturing sites.

“It will be designed as a LEED-certified building,” Daigle says. “Our goal is to get a silver certification. We are still in the design stage and still trying to determine whether gold is attainable. It will be the first LEED-certified building in Westbrook and one of only a handful in Maine. It’s part of the company’s commitment to sustainability.” IDEXX has worked with Manchester, N.H.-based architectural firm Lavallee Brensinger on its expansion projects over the past 10 years. The firm has considerable experience in designing LEED-certified buildings.

“Westbrook takes great pride in being the home of IDEXX Laboratories corporate headquarters,” said Westbrook Mayor Colleen Hilton when the project was announced. “Their growth represents an important part of our economic development strategy as we’ve looked to have technology-based companies locate and grow their businesses in Westbrook.” IDEXX most recently grew its Westbrook campus to support the relocation of 150 employees from offices in downtown Westbrook last July.

Athenahealth, a cloud-based billing and electronic medical records software firm based in Watertown, Mass., expanded is operations to Belfast, on Maine’s Penobscot Bay, in 2008. The company has experienced rapid growth ever since.

“We are a business service to physicians,” says David Tassoni, athenahealth’s senior vice president of operations. “We provide not only software, but services to office-based physicians to manage medical records and billings and manage communication with patients.”

Athenahealth houses its claim management and document processing work in its Belfast facility, one of many in the state that was previously home to operations of MBNA, which was acquired by Bank of America in 2006. The location is about a three-hour drive from the company’s headquarters. The Belfast operation currently employs 350, and Tassoni says the facility has room for that many more.

“Electronic medical records are receiving a lot of attention these days and it’s a big growth market,” Tassoni says. “At this point, we have a 2-percent market share and we are growing by 30 percent annually. Most physician practices and hospitals are going to electronic records due to government incentives, and that is spawning a significant amount of growth.”

“I am from the area and had worked here for many years with MBNA,” Tassoni says. “The location and the work force available from former MBNA employees were among the attractions. We knew there was a significant amount of underemployed people in the area after MBNA left. We have Class A office space and a data center in a wonderful location. It makes a lot of sense to us. The incentives offered by Maine & Company also helped.” Maine & Company is a private, non-profit corporation comprised of senior executives from Maine businesses, the president of the Maine State Chamber of Commerce and the commissioner of Maine’s Department of Economic & Community Development.

Athenahealth also recently acquired property in nearby Northport. The facility will serve as the Company’s new client and employee training center.

Back in the USA

A provider of online backup systems for small and medium-sized businesses has joined the ranks of companies moving customer service operations back to the U.S. Boston-based Carbonite recently opened a call center in Lewiston. The company previously offshored call center operations in “multiple geographies” outside the U.S., according to the company, but maintained “senior-level” support in the U.S. The company has hired 150 for the new operation and has capacity for expansion.

“Our previous arrangements overseas functioned smoothly and economically,” says Rich Surace, Carbonite’s vice president of customer support. “We simply felt that, at this stage in our company’s growth, it was time to bring customer service closer to both our headquarters in Boston and our primary customer base. We also sought to have more in-depth relationships with our support representatives. Moving customer service back to the United States was an investment in our customer experience, and we certainly think it is well worth the resources we devote to it.”

Surace says Carbonite found an educated, mature work force that fit its demographic base of customers in Maine.

“When our customers experience data loss and need to restore everything from Carbonite, they sometimes just want someone who can hold their hand through the process,” Surace says. “It’s a tense moment, and in many cases we have the only remaining copy of their files. It quickly became clear to us that Maine is the perfect place to find the talent we need to offer customer service excellence, and we are excited to have the center up and running and to have grown so quickly.”

Surace says that more than 15 states were considered for the operation, but that Lewiston was the right fit. With the move, 100 percent of Carbonite’s phone, email, and chat customer support services are U.S.-based.