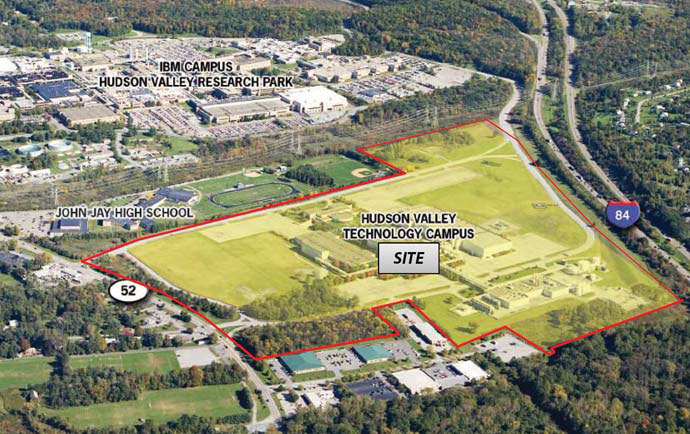 A Chinese solar company has big plans for a former IBM facility. 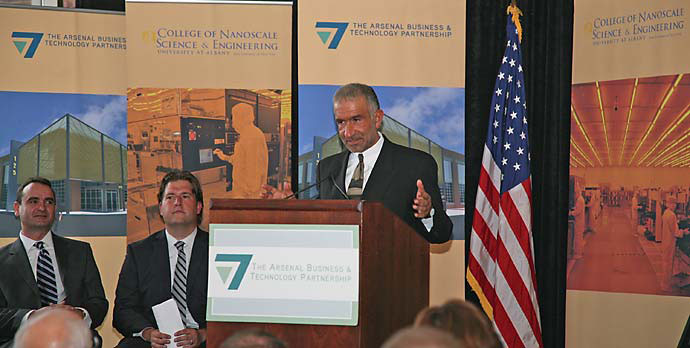 The division of Shandong, China-based Linuo Group Holdings has an ambitious plan to turn the former site of computer chip R&D into a major component of the state’s budding solar manufacturing sector.

Linuo, founded in 1994, got its start in pharmaceutical packaging manufacturing and has evolved into a US$1.3-billion corporation with more than 13,000 employees worldwide. The company is China’s largest producer of borosilicate 3.3 glass materials and products. It produces a wide range of technical glass products, industrial equipment and solar thermal tubes.

After a search that included looks at industrial sites in Florida, Colorado, Utah, Texas and New Jersey, Linuo announced its plans for the former IBM site, which has been vacant for about a dozen years, in September. The company plans to invest US$100 million in the site and its redevelopment in a multi-phase project that might eventually create 1,000 jobs. The campus includes more than 900,000 sq. ft. (83,610 sq. m.) of floor space.

“They wanted a campus-like setting which would also be their U.S. headquarters,” says Vincent Cozzolino, president and CEO of the Kingston-based Solar Energy Consortium, an organization that promotes solar manufacturing in New York. Cozzolino and representatives of Empire State Development met with Linuo officials at a solar show in Germany in 2010 and a courtship of more than a year ensued.

“We get a company to consider New York as a location based on its work force, technology development and the opportunity to partner with other companies,” Cozzolino says. “Of course there are incentives, and we work as a conduit and advocate for the company. They decided to come to New York for two reasons. One is clearly a feeling that proximity to New York City is something they can brand or use in some way and feel good about in general. If they were coming to New York, they wanted to be close to New York City. They also wanted a campus-like setting.”

The project’s first phase will be development of a solar panel production line that won’t require a lot of facility space. A three-year plan calls for 150 employees the first year of operation, a doubling of that to 300 the second year, and then a boost to 1,000 between the third and fourth year of operation, Cozzolino says.

“They have identified a building that needs some roof work and they hope to put equipment in next summer to build it out,” Cozzolino says.

The last owner of the former IBM campus was Wells Fargo. Thomas LaPerch, a broker with Prudential Serls Prime Properties, handled the sale.

The Linuo project is welcome news for the Hudson Valley region following the August bankruptcy filing by SpectraWatt, a solar firm backed by Intel and Goldman Sachs. Cozzolino says he hopes an interested party will purchase the company’s equipment. SpectraWatt had relocated to nearby Hopewell Junction from Oregon in 2009. Ironically, SpectraWatt cited Chinese competition for its woes, according to published reports.

Linuo will join a New York solar equipment manufacturing cluster that currently has about 2,000 employees, 600 of which are in the Hudson Valley, Cozzolino says.

“Within an hour of their location are two solar panel plants, a solar concentrator plant and several companies that do research or build equipment for the solar industry,” Cozzolino says. “We have the start of a good cluster. It’s small by most numbers, but it takes time to build. It’s a lousy economy, but this is a sector that’s growing, and as time goes on it should get the benefit of an upswing in the economy.”

The Linuo project has brought global attention to the area. Cozzolino says his organization is talking with another overseas solar company about locating in the region.

Cleveland Polymer Technologies announced in November that it had rejected overtures to move outside of New York and instead will establish its headquarters and expand its operations at the Watervliet Arsenal in Albany. The company plans to create and retain 30 high-tech jobs in New York’s burgeoning nanotechnology industry, and utilize 30,000 sq. ft. (2,787 sq. m.) — triple the size of its existing facility in Elmira, N.Y. — as part of a $15-million investment that includes fit-up and renovation of space at the Arsenal and the equipment acquisition.

The nation’s largest manufacturer of precision polymer concrete castings, CPT has outgrown its current facility and had been considering relocation to Ohio. Instead, the company chose to remain in New York because of the availability of suitable manufacturing space at the Arsenal, access to world-class research and a highly trained work force through a partnership with the Albany College of Nanoscale Science and Engineering (CNSE), and the ability to collaborate with leading global high-tech companies at CNSE’s Albany NanoTech Complex and the Arsenal.

“We are thrilled to have the opportunity to remain in New York while taking a critical step forward in building our company’s future,” said Panos Angelopoulos, CPT’s president.

A 120,000-sq.-ft. (11,148-sq.m.) former machine shop built during World War I, Building 125 is also occupied by Vistec Lithography, a major customer of CPT technology. CPT first came to Watervliet during Vistec’s grand opening, when Vistec moved from Cambridge, U.K., to the Arsenal. The other anchor in Building 125 is the M+W Group, U.S., which is currently finishing up construction on its new North American headquarters, which has been relocated from Dallas.

Already a supplier to high-tech equipment manufacturers serving the nanoelectronics, automotive, graphic arts and medical industries — such as Applied Materials, ASML, KLA-Tencor and Veeco, among others — CPT is now expanding into additional sectors, including transportation, energy, environmental treatment and architectural restoration.

Phoenix, Ariz.-based Valutek, an industry-leading manufacturer of cleanroom supplies, will relocate its corporate headquarters and operations to the SUNY Institute of Technology at Utica/Rome (SUNYIT) campus, creating 25 jobs as part of the growing partnership with CNSE. Also, nfrastructure, which currently occupies space at the campus through its Center of Competency in Information Technologies (NCCIT), will establish its Upstate New York Command Center in early 2012 at SUNYIT, with plans to quickly expand to 10 employees and ultimately create 150 full and part time jobs.

The announcements come after the New York State Assembly previously provided $37 million in capital construction funds to establish the Center of Advanced Technology and the Computer Chip Commercialization Center (Quad-C) at the college. A total of 925 jobs will ultimately be created in the Mohawk Valley region when combined with the announcement earlier this year that New York would invest $400 million to leverage a $4-billion private investment in the nanotechnology sector to create jobs across New York.

Westchester County continues its development into a significant cluster of life sciences companies. One of the recent companies to move there is Acorda Therapeutics, which is moving from Hawthorne, N.Y., to the Ardsley Park life science campus in Ardsley. Acorda is leasing 138,000 sq. ft. (12,820 sq. m.) of lab and office space beginning in June.

“Acorda has grown substantially over the last several years, and Ardsley Park will provide state-of-the-art laboratory and office space that will accommodate our current and future needs,” said Dr. Ron Cohen, M.D., Acorda’s president and CEO. “Acorda has been based in Westchester County since 1998, where we are proud to have contributed to building a vibrant biotechnology community in New York. We are pleased that New York state, county and local government and economic development groups collaborated with us and BioMed to provide a cost-efficient solution that allows Acorda to remain based in Westchester County.”

Orthonet Holdings, an orthopedic specialty benefit management company, announced it would invest $4.5 million to expand its national headquarters in White Plains and will add 155 jobs to its work force of 350.