The Changing Face of Global FDI 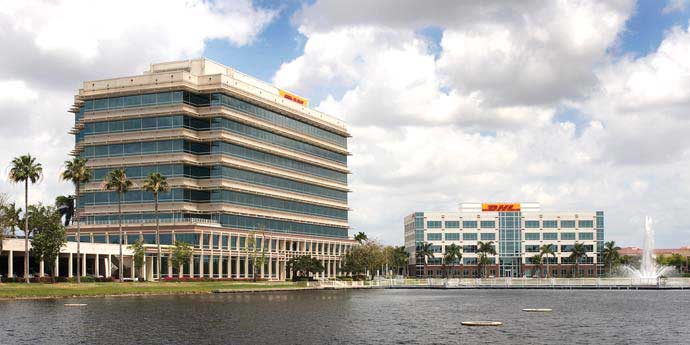 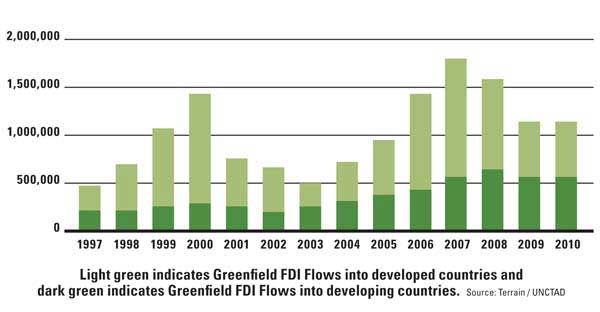 s we all sit and scratch our heads, trying to predict what will happen next in the global economy, there are a few truths we can count on. One of those truths is the fact that companies will continue to look for growth opportunities. Core to any growth strategy is the pursuit of new customers and markets, so foreign direct investment activity will soldier on despite further dips most economists predict for the global economy. The big question is: Where will the investment go and where will the opportunities be found?

Over the past decade, we have seen a standard shift in where FDI is going. Transnational corporations are considering every global market and there are very few being completely overlooked. Inward investment strategies and criteria have become more complex and are increasingly driven by cost, productivity and work force. Over the past decade, investment into developed markets has slowed and conversely, investment into developing markets has increased year-on-year. According to UNCTAD figures for 2010, there is almost a 50/50 split in the amount of FDI secured by developed vs. developing markets.

In the graph on page 164, there are several things which become apparent. One is the steady year-on-year increase of global greenfield FDI going to developing nations and the others are the dips in FDI activity indicating the economic downturns of 2001 and the current economic stall. Although in the graph the economic slowdown of 2001-2003 appears to be more severe from a capital investment perspective, its root cause was less complex. Many economists attribute it to the dotcom bubble and an irrational exuberance in the high-tech industry.

The current recession seems to be more painful for many global economies. The reason the current economic downturn feels deeper and more significant is because it has multiple drivers, some of which are extremely complex with layers which have yet to reveal themselves. There is a feeling that the other shoe is about to drop. This downturn is largely attributed to a decrease in consumer spending and demand, coupled with the banking and mortgage crises, compounded by the reality check governments face regarding their long-term fiscal obligations and spending capacities.

The current recession is the "Perfect Storm" of recessions which will have a long-term impact on foreign direct investment in regards to flows, markets, exported corporate functions, and the make-up of industry sectors involved in cross-border activities. The change in the sector mix of FDI will most likely mean that job numbers attributed to investments in developed markets will be far lower than in years past.

In 2009 China topped the UNCTAD charts as the most popular FDI destination in the world, followed by the United States. In 2010, the powerhouse economies switched places and the U.S. was the top destination for FDI in the world, which some speculate is due to a shift in the post-credit crunch corporate mindset which is less tolerant to risk.

Where is the FDI coming from? Again, according to UNCTAD’s figures, the U.S. remains the largest producer of foreign direct investment in the world, followed by Germany, France, China, Switzerland, Japan, Russia, and Canada. Of course, these are 2010 figures, so it will be interesting to note Japan’s position for 2011, in the wake of the tsunami tragedy which rocked the country in March 2011.

According to Andreas Dressler, founder of Terrain, a Berlin-based site selection and foreign direct investment consulting firm, "It will take a few years before China becomes one of the major sources of greenfield investment for the U.S. and Europe."

"You have to remember," said Dressler, "Chinese companies have an enormous domestic market.

"They will build their businesses domestically and saturate their home market before they venture into foreign markets," he added. "When they do decide to expand internationally, they may decide to begin in other Asian countries or in Latin America. It is not given that they will invest in Europe or North America first."

South to north investment is picking up, and corporations from developing nations such as India are contributing to FDI outflows. Like everyone else, Indian companies are beginning to spread their wings and tackle global market expansion in the West as well. Indian investment is mostly IT-related and in the form of sales units and small development operations, but FDI originating from India is expected to steadily increase over the next decade.

Despite the undisputed fact that foreign direct investment is important to the health and sustainability of any economy, some countries and regions are not heavily pursuing FDI.

"It comes down to resources and politics," said Dressler. "FDI is a national priority for countries like Ireland which attribute almost 50 percent of their total job market to foreign-owned companies, but many others are scaling back their pursuit of FDI.

"The scale-backs are mainly due to resource issues, which may not be the best policy given that FDI helps to create new jobs" he added.

Another trend emerging is the move away from Tier One cities to Tier Two cities around the world.

"However, Tier Two cities have increasingly become the first choice for companies looking to enter new locations. They still provide investors with the same benefits such as transport links, local business support networks and a large, skilled work force, but with the added advantage of being more cost-effective, providing a strong business case for organizations wanting to lower the risk of investing in a new market."

Grade A offices space is Birmingham is almost 50 percent cheaper than London, and the city has more than 1.2 million sq. ft. available for immediate occupation. The availability and cost of real estate are two of the drivers bringing Tier Two cities to the forefront of cross-border expansions.

"Business support organizations based in cities such as Birmingham also work closely together to provide a soft landing for new investors," added Schuitemaker. "Businesses won’t find that level of partnership with capital cities or mega-markets.

"The Birmingham Business Hub, for example, brings together seven organizations — including Business Birmingham — which occupy one location together, forming a single destination to provide integrated expertise and support for companies looking to move here."

We are all anxious to get a sense of what 2012 will bring for cross-border investment flows, with so many wide-sweeping variables with collapsing economies, the Euro crisis, mounting global public sector debt, and a risk-adverse private sector.

One of the predictions being made by the economic promotion industry is a decrease in global corporate expansion for both foreign direct investment and domestic markets.

"Projects put on the books in 2011 will most likely still move forward, but many companies are now trying to conserve cash," said Dressler. "For 2012, companies will become more cautious and risk adverse, conserving their cash for the uncertain times ahead.

"Companies will only put the must-have growth plans in their 2012 strategies and many of the companies we speak with are already starting to shelve more ambitious projects," predicted Dressler. "I’m afraid the signs are pointing to a slowdown in investment activity next year.

"Unless the global economic situation becomes more stable soon, FDI activity will most certainly decrease in 2012," he added.

Shirar O’Connor is a principal at the New York-based PONT Group. Specializing in economic development, The PONT Group integrates the disciplines of public relations, marketing, and the digital environment into communications programs that create leads and build positive perception for states, countries, regions, and cities. Visit www.thepontgroup.com. 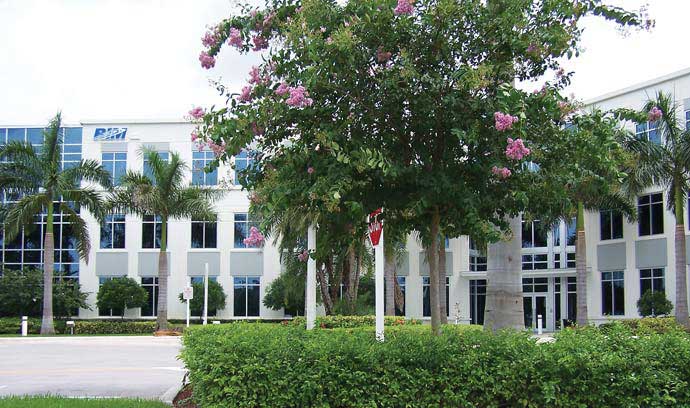