Manufacturing has returned by many accounts, but skilled workers are scarce. 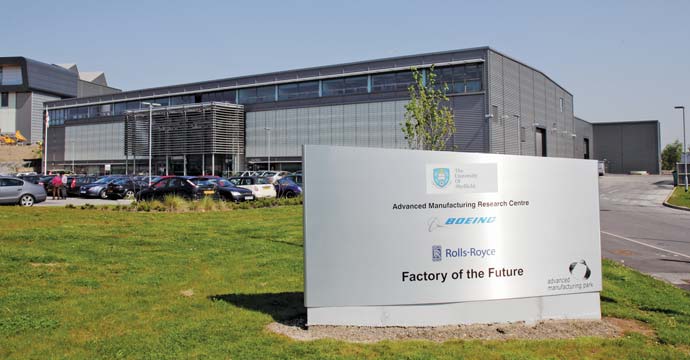 The Advanced Manufacturing Research Centre, part of the University of Sheffield, is a partnership between industry and academia.
Photo courtesy of AMRC
by JOHN W. McCURRY
M

anufacturing is on the way back in the U.S. Increasingly, it involves advanced techniques, equipment and processes, says a noted researcher of industrial issues in North America. 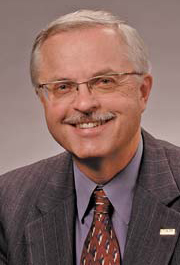 More recently, Cole is founder of AutoHarvest, a social networking site that supports advancement in manufacturing through collaboration. Its goal is to accelerate product development.

But there is a catch to manufacturing's comeback, and it's a big one, Cole says. An acute shortage of skilled workers poses a significant threat, he says.

"The worker supply is the most serious issue, the choke point," Cole says. "The looming problem here is huge with respect to skills. Generally, we are under-populated with STEM skills. There are huge social problems emerging because so many people don't have the skills to be part of the work force. Kids do not have a good picture of what manufacturing is today. Everything in advanced manufacturing is software driven. You are making measurements of things and keeping track of parts. Processes are managed in an amazingly high-tech manner."

Advanced processes are taking much of the labor component out of manufacturing, Cole says, adding that cheap labor is no longer a reason to move an auto plant out of North America.

"The labor component has dropped a lot based on advanced manufacturing," Cole says. "In the auto industry, you can't find any part of manufacturing that you would not call advanced. You see this in terms of the skills required. The minimum education to work on an assembly line is a two-year college degree. Unfortunately, most people have a 30-year-old picture of what manufacturing is."

Cole says the recession left the auto industry with an insufficient capacity in tool-and-die manufacturing. He says that is of particular concern, especially with an aging work force.

"With the exit of the baby boomers, there is a very serious shortage," Cole says. "In the Detroit area, there are 700 machine operator openings that companies can't fill."

Cole cites comments by John Basso, owner of Diversified Tooling Group, a tool and die company, with facilities in four Michigan cities, as an example of the manufacturing prowess of the automotive sectors.

A supplier to the automotive industry, the company diversified during the recent recession.

"During 2008 and 2009, he went outside automotives to work in other sectors such as wind energy and defense. When he began to compete in those sectors, he found they were 25 years ahead because the competitive forces had driven the auto industry so far and so fast."

Cole says while automotives are at the front edge of manufacturing, other sectors are getting there. His organization hopes to spin off technologies from automotives to other sectors. "We are now in 'beta' with a few players. The whole idea is to facilitate getting people together, buyers and sellers around a technology. It's a social networking platform to do that, putting people together with a common interest." 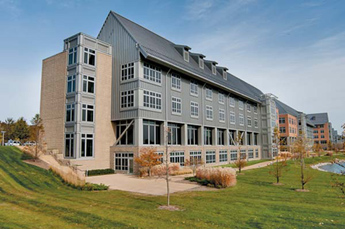 GE has already outgrown space at its Advanced Manufacturing and Software Technology Center in Michigan.
Photo courtesy of GE

Cole believes the Midwest, with its historic manufacturing center, has the strongest potential for continued advanced manufacturing development. In Southeast Michigan, General Electric is doing its part to develop advanced processes through its Advanced Manufacturing and Software Technology Center. The center opened in 2010 and now employs 866 as it ramps up toward a staff of 1,400.

"Across GE, we have an ongoing initiative of strengthening work force programs and partnerships with local community colleges," says Doug Dinon, who runs the Global Research Center at GE's facility near Detroit. "One of the reasons why GE went into Southeast Michigan was the existing industrial base in Michigan for skilled manufacturing workers as well as the network of outstanding schools and universities."

Dinon says GE's work is similar to the national initiative on advanced manufacturing.

"The discussion I have been involved in is 'How do we get the 85 percent of employers out there — the small and medium enterprises — access to technology platforms so they can reach hurdles in terms of technological development?' At our facility, we have built this manufacturing technology development platform that is similar to the national initiative. These are very disruptive and new technologies using new materials and new processes and new equipment. We are exploring questions such as 'How do you take this new process that was developed at the lab level and scale it up when you introduce it to the manufacturing environment?' "

"The question is, 'How do we get the technology mature enough for insertion into factories?' We are starting now to look at other operations, both internal for GE and outside such as the Michigan composites initiative."

GE has grown so rapidly in its three buildings in the former Visteon Village in Mount Vernon Township that it is now looking at expansion options, says spokesperson Deia Campanelli. 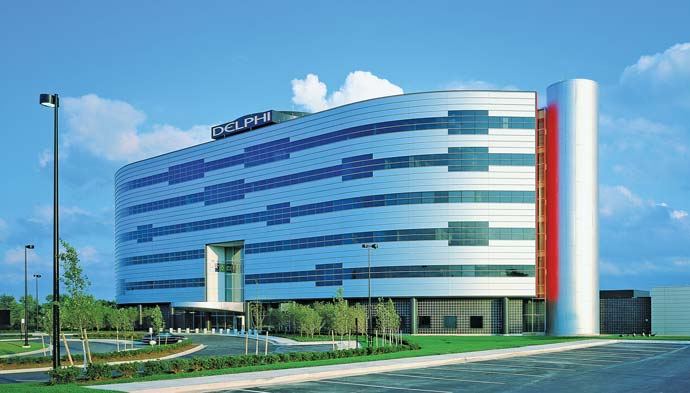 In the U.K., the Advanced Manufacturing Research Centre with Boeing, part of the University of Sheffield, works with 65 member companies to explore new frontiers in manufacturing. The AMRC employs about 200, including a mix of academics and industrial experts.

"There is a long history of manufacturing in the region, particularly in the metal industry," says spokesman Tim Chapman.

The Centre has grown rapidly since its founding in 2004, and opened the AMRC Rolls-Royce Factory of the Future in 2008. It was the anchor tenant in the Advanced Manufacturing Park. The park is home to several leading companies, including Rolls-Royce, which plans three facilities in the coming years.

Chapman says the shortage of skilled workers is also prevalent in the U.K. and Sheffield.

"Companies consistently have problems recruiting experienced, educated people, particularly skilled engineers and machine operators," he says. "We have trouble recruiting people to work in our own workshop."

The University of Sheffield's Advanced Manufacturing Institute is launching a training center in 2013 that will help address work force issues. The center will be located next to the AMRC and will offer up to 250 apprenticeships annually.

"Aerospace is the key industry for us at AMRC," Chapman says. "We also work in the energy sector, and there is a lot of interest in renewables at the moment, particularly in offshore wind. Siemens is looking at creating new manufacturing bases along the coast in Great Britain and Scotland."

Delphi, a supplier to the automotive sector, is one of the companies at the forefront of the current manufacturing evolution. 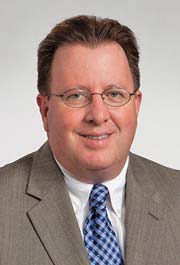 "Advanced manufacturing is more critical today than ever," says Bruce Hildenbrand, director of manufacturing engineering for Delphi. "Our customers and changing regulations are driving us to develop new, green products that provide improved fuel economy and reduced emissions without negative impact on engine performance. These challenges are driving Delphi to develop new products at a rapid pace to meet these market requirements at a reasonable cost."

Hildenbrand says manufacturing development is critical to enabling these product developments, many of which are driving much higher precision and control.

"In the past we were creating products at micron tolerance; the requirement now is sub-microns," Hildenbrand says. "This is pushing the envelope in process technology and metrology. It is difficult to find all the technology and knowledge required for this cutting-edge development in-house or at a single supplier. One of the biggest challenges is assembling the right mix of in-house and supplier resources to develop the new technology."

Hildenbrand says manufacturing engineers are much more involved with product development than in the past and must have a much broader understanding of materials and processes to guide product design. Delphi Automotive was one of several companies recently awarded grants from the U.S. Dept. of Energy to develop a highly versatile, energy-efficient method for micro-machining complex shapes. The process will enable enhanced production of flow control holes in Delphi's gas direct injection fuel injectors.

Matt S. Erskine serves as acting assistant secretary for economic development for the U.S. Economic Development Administration. Asked if the re-shoring phenomenon is reality or hype, Erskine says, "I think it's very much a reality. Manufacturing is so important to the overall American economy. It represents a disproportionate amount of private R&D — close to 70 percent — and it accounts for a huge share of our exports and our patents. And all of the economic research shows that countries that make things tend to be more economically competitive nations." 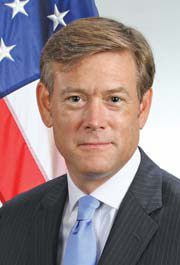 "We have five agencies serving as funding partners, where we pull together resources into one federal funding opportunity to make it more seamless for the grantee. What we're trying to do is create greater impact on the ground, get better return on investment for the taxpayer, and really advance this regional innovation model, where through these competitions it brings together parties that otherwise wouldn't be at the table. It also highlights best practices. Last year we had 130 applications for 20 spots around the country."

Community colleges are playing an increasingly crucial role in manufacturing, Erskine says, as many of the jobs that are needed are not four-year-degree positions.

"We did a close to $4-million investment in the Commonwealth Center for Advanced Manufacturing in Virginia, a partnership between the University of Virginia and Virginia Tech, together with the community college system," he says. "It sits next to the Rolls-Royce facility, and helped secure Rolls' investment in a pretty depressed region. Rolls-Royce really liked that this partnership came together. It also is serving as a center for applied research, and is housing the small and medium sized manufacturers who are part of their supply chain. And everything Rolls produces there is exported.