In the
Thick of Things

Arkansas is surrounded by some business-friendly powerhouses.
So it must try harder. And it’s doing just that, says a state
business association executive.

ill Hannah is Chairman of Associated Industries of Arkansas (AIA), an association of Arkansas businesses that works with the Arkansas State Chamber of Commerce and other organizations to foster a business environment in which companies can compete and succeed. He is also CEO of Nabholz Construction Services, based in Conway, Ark., which was founded in 1949 and today has offices in Missouri, Kansas and Oklahoma in addition to its five Arkansas offices. In early June, Site Selection Editor Mark Arend spoke with Mr. Hannah about his state's improving business climate and what AIA will be working on as the next legislative session gets under way.

Site Selection: Tell me about AIA and how it helps businesses in the state. What's on the group's agenda for the next year? 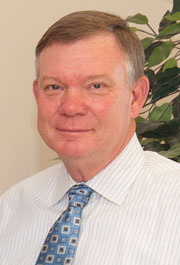 Bill Hannah: We work hand in hand with the Arkansas State Chamber of Commerce, and predominantly we're focused on providing a better environment in our state for business. That includes economic development, legislative issues and tax matters, things that can help create a better business climate here. Arkansas' legislature meets every year, but only every other year do they introduce and act on legislation. During that active legislation year, one of our goals is to help influence things to improve the business climate. We're in an off year right now, but next year will be very active for us. Certain things are always on our agenda, such as membership growth so we have more clout as an organization, tort reform and business-friendly tax reform.

SS: Nabholz Construction works on many types of buildings around the state. Where is most of the construction business coming from lately?

BH: Besides constructing buildings, we have an Industrial Service Group that works around the country and a number of specialty services groups. But our core business is general contracting, mainly in healthcare, education and industrial manufacturing. Telecommunications is a big area for us — switching stations and so forth. The big area is energy — oil and gas, with the gas business being big here now, but also renewable energy facilities for the components manufacturers, for example. We're seeing a lot of that work going on across our footprint right now. Our Industrial Service Group is doing a lot of work inside these facilities. It's not all about the big, new buildings. Some of our work is retooling existing facilities to account for the changes in production systems.

SS: How would you characterize the business climate in Arkansas in 2012?

BH: A number of different groups around the country rate the states on how business-friendly they are, and Arkansas is moving up on those lists. But we're still considered a little below average. [Arkansas did not place in the top 25 in Site Selection's annual Business Climate Rankings in 2010 or 2011. It ranked 31st in the Tax Foundation's 2012 State Business Tax Climate Index and 34th in the Beacon Hill Institute's 11th Annual State Competitiveness Report for performance in 2011.  — Ed.]

However, it's more important to us how we compare to our contiguous states. With the exception of Texas, we're pretty competitive, but they're well known as being one of the most business-friendly states in the country. One of our goals is to move Arkansas up that chain and make it more attractive to companies that want to come here. Just as important is being a good state for the businesses that are already here, so they will expand their business, or at least not decide to go elsewhere.

SS: What is happening now to bring about the reforms you mentioned and to improve the business climate?

BH: A coalition of people and associations right now are looking at a possible move in the next legislative session for tort reform. It's in the early stage. We will be a participant in that and are looking at the entire tort issue in the state to find out if there are things in the existing legislation we can improve. Once we make that determination, we will put forth a campaign to move in that direction.

SS: What's the political landscape like these days in Arkansas? Are the lawmakers and governor's office considered allies of the business community as companies seek to expand their operations?

BH: The legislature in Arkansas has gone through a fairly significant transition in the last five or six years. Legislators from the southern part of state had been largely Democrats, the northern part of the state more Republican, and the central part, with Little Rock, has been split. Lately, elections are driven more by rural versus urban rather than Democrat versus Republican. But in the last three elections, we've seen a shift more to partisan lines as opposed to urban-rural lines. In the last election, we saw Republicans win more seats in places that traditionally were Democrat seats. On a national level, that same trend is true. Our national House delegation had been one Republican and three Democrat, and that is now the opposite. That's true in many of the states surrounding us.

This means we have a much better chance to take on issues that are more difficult to manage with a more Democrat-dominated governmental group. We're in a better position to take on some of those challenges with a higher chance of victory with a switch to more business-friendly people in office.

Now, [Gov.] Mike Beebe is a Democrat and has been extremely good for economic development in the state, and that has been demonstrated by the growth that has taken place in our state with businesses and industries we have attracted here. He has been very pro-business in his agendas.

SS: In Arkansas, you are surrounded by some very business-friendly states — Texas, Louisiana, Mississippi and Tennessee, to name a few.

BH: Yes, which is why we must continue to work at a feverish pace to improve Arkansas' standing in competition with those states in particular.

SS: Is there a recent project you would point to that speaks to Arkansas' ability to compete for capital investment projects?

BH: Caterpillar purchased an existing, dark facility in North Little Rock. They opened a motor grader facility here in 2010, and we were fortunate to do some of the work on renovating it for them. That's heavy industry, which is something Arkansas doesn't typically see a lot of, at least in the last few years. So that was significant. [Caterpillar announced in March that it planned to add a third shift and 125 workers to its existing work force of 550 at the site and will reach full capacity with 900 workers by early 2014. The company purchased the former Deluxe Video Servicing plant in 2009 for $140 million.] At the same time, Whirlpool recently announced that it will close its refrigerator plant in Fort Smith, and they are working hard there to attract some business there. It's a mixed bag right now. We're seeing some things that are very positive, but there also issues we confront with either industry relocating to perhaps another country, or shutting down due to economic conditions or scaling way back.

SS: Do you think companies are giving Arkansas a decent look as they are deciding on a south-central U.S. location?

BH: I believe they are. Our economic development group on the state level does a very good job getting our name out there and the benefits of being in Arkansas. They are promoting the state very well — Governor Beebe has done an excellent job at that. I also think a lot of local economic development groups have done a great job too. I've been very impressed and pleased with efforts across the state to get the word out. It's like fishing, where you have to keep throwing the lure out there and hoping something jumps on it. They're doing a great job at that.