Will new EU members catch the colds of the old guard of established
members, or is their resistance still intact? 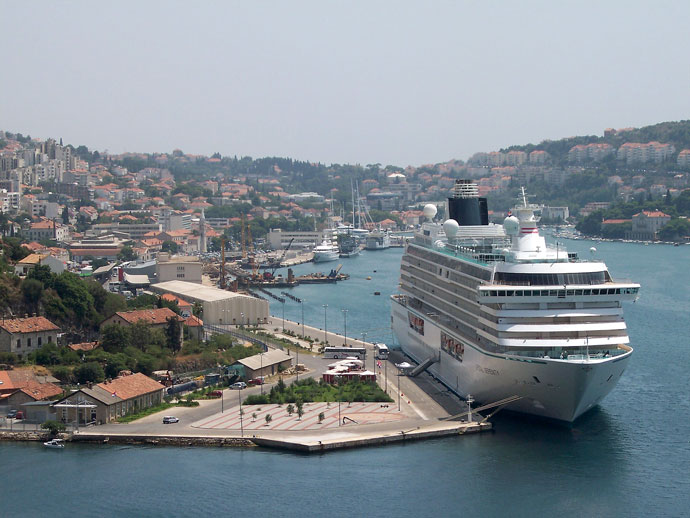 Dubrovnik, Croatia’s most expensive city, has looked to its harbor for economic development and trade since ancient times.
Photo by László Szalai
by ROB DENMAN
B 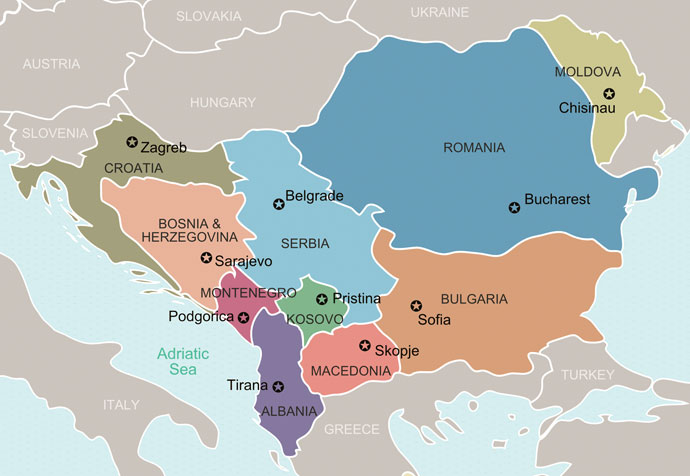 efore the international banking crisis, the European Union represented a promised land for European outsiders looking in. Balkan countries, seeing a path to prosperity, scrambled to join. The lure was particularly strong for sovereign states emerging from war-torn Yugoslavia.

Their applications remain on track to join. Croatia's is the most advanced. It's due to become a full member in 2013, though enthusiasm, in a country whose economy shrank by 1.3 percent in the first quarter of 2012, was not overwhelming. In a national referendum, while 66 percent voted in favor, fewer than half of those eligible took part in the poll.

Meanwhile, Croatia's neighbors, among them Serbia, Montenegro and Macedonia, are grinding through a long qualification process that focuses on regulating the business climate and judicial systems, and settling regional disputes.

What might they offer outside real estate investors and developers? Are they a source of untapped potential awaiting exploration? Not necessarily. In Croatia, for instance, the recent boom in the sale of houses and apartments has stalled in Dubrovnik, its most expensive city. Limited supply and high prices have deterred foreigners looking for a holiday home investment.

Whatever happens in the Eurozone has a strong impact on the would-be next generation of entrants, for their strongest trade links are with EU countries. According to Serbia's former chief negotiator on Europe, Bozidar Djelic, the financial crisis is "delaying enlargement." After a protracted exercise of going through hoops, his country was finally granted full candidate status in 2012, though it is unlikely to join the EU until June 2015 at the earliest.

The current economic convulsions make predictions difficult. What should investors consider, and where might they look for barometers? Based on population, Serbia with almost 10 million inhabitants and Croatia, with 4.4 million, would appear to offer the greatest potential. But no one expects a real estate gold rush. Montenegro, population 620,000, has obvious limitations, though it has bucked the European trend by retaining its Moody's Ba3 'stable outlook' credit rating.

It's more than five years since Romania was admitted to the EU, not without controversy as some critics felt it has failed to address concerns surrounding organized crime and corruption. With a population of 21 million, it's far bigger than any of the accession states and has attracted real estate ventures internally and externally.

The most expensive project outside Bucharest, worth €265 million, opened in May 2012 in Iasi, eastern Romania. The Palas, locally owned and developed by the Iulius Group, took more than four years to build and consists of a shopping mall, three office buildings covering 20,000 sq. m. (215,285 sq. ft.), a residential tower and two four-star hotels. It brands itself as "the first lifestyle centre in Romania," complete with a five story-underground parking lot and a cinema multiplex.

Owner Iulius Dascla sees the project as a long-term investment and estimates that the money will be recovered in about 15 to 20 years. And he's not alone in sniffing potential in his home country. Three years ago, U.K. real estate operator Knight Frank entered the Romanian market, forming an association with Bucharest-based commercial property agency, The Advisers. The operation, trading as Prime Property Advisers srl, now comprises 23 specialists in office, retail, industrial, investment and land. They cover agency leasing, consulting, corporate capital markets, investment, research, retail and tenant representation and valuations.

Could some of what's happened in Romania, in time, be replicated across the Balkans? Although much has changed in the last two years, figures from 2010 estimated Romania's gross domestic product per capita at US$11,600, whereas Croatia's, at US$17,400, was substantially higher. Romania, however, is far bigger, with five times Croatia's population. According to Alisa Zomitova, head of new markets for Europe and the Middle East for real estate consultants Cushman & Wakefield, the "still very small" economies of the Balkan accessions are a limiting factor.

"In the last few years, I'd say they've grown smaller, looking at activity from institutional investors," says Zomitova. "Currently, everyone is trying to de-risk and are more drawn to countries such as Germany and the U.K. In places such as the Balkans, the issues aren't about the currency or legislation but simply their small size. You don't get the interest — people aren't building huge office blocks.

"We aren't actively present in those countries," she notes. "Our work is reactive — clients come to us and say, 'Can you help in Croatia and Serbia?' Our work involves corporate occupiers, such as pharmaceutical companies, General Electric, Ford and Unilever; retailers looking at the market in those smaller countries; and doing valuations for investors and banks."

So how might EU and euro membership — even amid the current crisis — make them more attractive? It might reduce complications. "A lot of investors don't want currency risks — it is much easier if you can compare apples with apples," says Zomitova.

As for building on tourism, that may be easier said than done. "You get situations (in the Balkans) where people say we have this land or this sea front — there is an oversupply of people looking for partners. It's not all gloom and doom, but there's more out-going interest than in-going."

However, even for those countries not yet bound by all the EU rules, Zomitova does not consider the climate for doing business or regulatory environment likely to cause difficulties. "Usually any issues are overcome — these are needy countries," she points out. Among the more recently joined states, Slovenia and Finland have, she says, "played by all the rules …they are the perfect students."

Rob Denman is editor and CEO of London-based Pathfinder Business.