Projects in the forestry, wood products
and biomass sectors find a growth medium in the Bayou State. 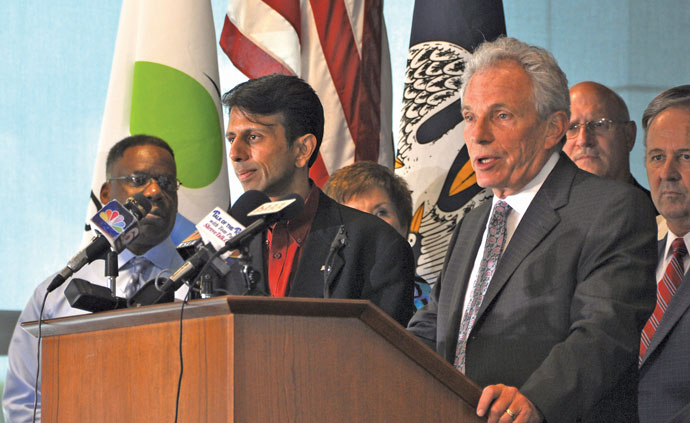 ou can feel it in the air. It starts with the plants coming up out of its fecund soil. And it extends to the plants making use of those plants. How else to explain more than two dozen facility locations in the forestry, wood, pulp and paper products and biomass sectors over the past two years from a sector supposedly so passé?

The portfolio includes Sundrop Fuels' $450-million cellulosic biofuels plant near Alexandria, mill upgrades from paper giants Georgia-Pacific and International Paper, a dry polymer plant in St. John the Baptist Parish from Ecolab's Nalco, and the successive moves of manufacturing and then headquarters to Shreveport-Bossier by packaging firm Ronpak, a manufacturer of custom-printed paper bags, packages and food wraps.

Ronpak owner Ron Sedley announced in May that his company's headquarters would move from South Plainfield, N.J., to the location the company had chosen last year for its new $16.8-million manufacturing center at the Port of Caddo-Bossier. All told, 132 people will be employed at the location by next year, and 275 people (255 in manufacturing) will work at the new 155,000-sq.-ft. (14,400-sq.-m.) facility by 2018 at an average annual salary of more than $40,500, plus benefits.

The "Enterprising States" report issued by the U.S. Chamber of Commerce in June ranked Louisiana the top export state, beating out Utah, South Carolina and Texas, and it gave much of the credit to its strong network ofmore than 25 ports, backed by an equally strong focus on maintaining and improving them via its Port Priority and Port Infrastructure Tax Credit programs.

The State of Louisiana is providing Ronpak performance-based grants of $2.25 million to offset costs of equipment for the manufacturing center and $900,000 to offset leasing or financing costs related to the headquarters. Ronpak also will receive the work-force development services of LED FastStart, and the company is expected to utilize Louisiana's Quality Jobs and Industrial Tax Exemption programs.

"When we started up in our temporary facility in the port, I had only one thing on my mind — making sure we took care of the needs of one of our most-valued customers," said Sedley in May, referring to a certain national fast-food restaurant chain whose name is known to begin with "Mc." "We did that in a very short period of time. Only with the help of all the people of Louisiana could we have done this. Louisiana is a state that wants to help business succeed."

Bill White, the plant manager in New Jersey, served as the project manager for the Louisiana site selection process. He says Sedley wanted to focus on the mid-South in order to best serve new business as part of its growth plan.

"The original target was Dallas, Texas," says White. "We looked at the surrounding states of Oklahoma, Arkansas, and Louisiana as possibilities in addition to the Texas market."

White's job was to come up with a plan to bring the new facility to life within 12 months of inception. "All states had locations, incentives and strengths, but it was the aggressiveness of Secretary [Stephen] Moret's Economic Development engine, headed by Kevin Wascom, for Ronpak that made the difference," he says.

A further difference-maker was needed when plans changed and the company was forced to start up a temporary plant months ahead of its schedule.

"We owe a great thanks to Jeff Lynn and the entire LED FastStart team for nailing the customized recruitment and training programs," says White, giving due credit to personnel from the state, Caddo-Bossier parishes, North Louisiana Economic Partnership (NLEP), American Electric Power and the Port of Caddo-Bossier.

White says NLEP President Kurt Foreman and his team "really brought a peace of mind to the Ronpak employees that relocated to start up the new plant. His team took the time with each employee to explore school options, employment options for spouses, did tours of various potential neighborhoods and helped welcome each employee to the area" as well as introduce Sedley to local government leaders.

White says the headquarters move was always under consideration, and the initial success of the manufacturing operation simply cinched it.

"The teamwork of the state and the centralized mechanism to bring the various state agencies and localities together was a big factor in the success in Louisiana," he says. "The surrounding states had much to offer and many of the programs were available, but no central way to put a focused state deal together that maximized every aspect of the opportunity and made it easy to make a decision. Louisiana packaged the entire deal — it was clear and concise and focused, which was at the speed of business and timely on Ronpak's aggressive calendar. The southern plant gave us a great ship point, active lanes of transportation, great work force options, excellent training and the ability to scale with both a temporary facility now and a long-term permanent facility. Most of all it gave Ronpak options."

NLEP's Kurt Foreman says the new facility is across the street from the Pratt Paper facility that opened a couple years ago. "Having a group of partners in the area is critical," he says, offering kudos to the port and to the region's four utilities, as the partners responded in style to Ronpak's rapid deadline for "Project Jack." The headquarters is icing on the cake.

"It just makes people excited," says Foreman, "because over the years mid-sized cities have lost headquarters. We're actually seeing opportunities to compete for those," including the continuing success of CenturyLink in Shreveport. New university projects stretching across all of northern Louisiana, continuing shale gas activity in the "ArkLaTex" region and talent programs such as NLEP's new "Tech Rouler" program for small technology companies have contributed to what one of Foreman's colleagues calls a "frothy" atmosphere for the region. Foreman cites a working list of 61 projects at NLEP, 37 of which are manufacturing-related.

Foreman says the wood basket remains a key to Louisiana's success, and timber is still the state's No. 1 agricultural crop. And it's not just the big companies. Almond Brothers in Couhsatta in Red River Parish does special cutting of yellow pine, and exports nearly all of what it cuts. Its two largest markets are in the Middle East.

"When you're driving and you're thinking there's nothing to see except for all these trees — down here people view that a little differently," he says. 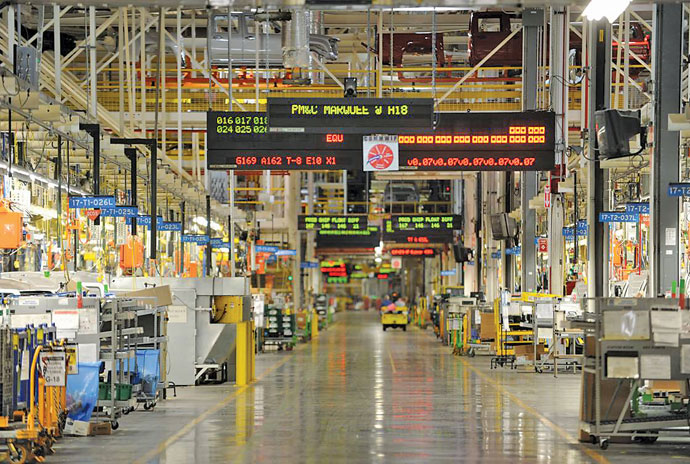 Photo courtesy of RACER Trust
A

Louisiana Rapid Response Team is ready to assist the 874 soon-to-be-displaced workers at the former GM plant in the Shreveport area. GM is currently leasing the property from RACER Trust, which will assume control when GM's use of the facility ends this year. Located on 530 acres (215 hectares) zoned I-2 Industrial District located east of Greenwood, La., the complex includes more than 1.8 million sq. ft. (167,220 sq. m.) in its main assembly building.

RACER Trust was created by the U.S. Bankruptcy Court to take ownership of 89 former GM properties in 14 states. Bruce Rasher, redevelopment manager for RACER Trust and the chairman of the National Brownfield Association, says the Louisiana team already is producing a steady pipeline of leads. "They have a well-oiled machine down there," says Rasher. "They are great to work with, and have it all together. I wish all of our markets were functioning as well as they are."