Missouri to Asia
Is a Two-way
Street

A St. Louis manufacturer explains the importance of Asia to his export business. 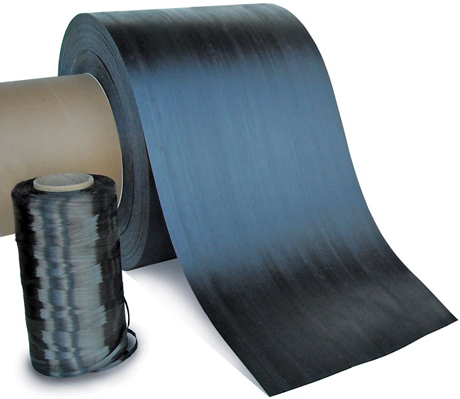 issouri ties Tennessee among the 50 states for sharing borders with the most states, with eight. But Missouri emerged as the clear leader in jobs created over its eight neighbors during the first quarter of 2012 with 27,500, according to the U.S. Bureau of Labor Statistics. Helping drive this job creation are record-setting exports and reshoring in some manufacturing sectors.

Missouri exports reached almost $4 billion in the first quarter of 2012, according to data released by World Trade Center St. Louis and the World Institute for Strategic Economic Research. First quarter exports were up 15 percent compared to a year ago, an increase of US$530 million and a first quarter record.

"The pre-pregs are primarily going into wind energy and automotives," Purcell says. "We are vertically integrating downstream into value-added products. We chose St. Louis for a few reasons. The real estate market was right, and our product goes into wind energy. There are a lot of wind blade manufacturers in the Midwest, and we are following them in terms of where they are locating."

The plant, which Zoltek placed in an existing building, is also near the company's headquarters, giving it a place to show off new technologies to customers. Zoltek plans to employ 150 at the plant within three years.

While the uncertainty of continued federal wind energy incentives looms over the wind sector, Purcell says Zoltek is finding plenty of business outside of the U.S.

"We still see continued growth in Asia," Purcell says. "A lot of our product is shipping from Missouri to Asia. Everyone here focuses on the U.S. market, but there is still continued growth in places like China and India. Even when the wind sector is flattening in the U.S., the trend is toward larger turbines and they tend to have much longer blades, which favor carbon fiber in their design. All of the newer generation wind turbines are incorporating carbon fibers into their blades." 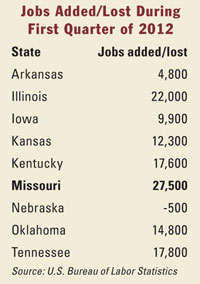 More than 20,000 tons of Zoltek carbon fiber is currently installed in wind turbines worldwide. Carbon fibers have a high strength-to-weight ratio compared to fiberglass, the traditional component of wind blades, making them much stiffer and lighter.

The automotive sector also is promising, as a variety of OEMs are looking at carbon fiber for roofs, bumpers and structural frames. The strength-to-weight ratio of carbon fibers enables vehicles to be lighter and therefore more fuel-efficient.

South Korea ranked among the top consumers of Missouri-made products with exports to the country soaring 145 percent during the first quarter. Top Missouri goods sent to South Korea include airplanes and airplane parts, including those made by Boeing.

"Boeing has a long history of cooperation with the Republic of Korea, going back a half century and remaining strong today," said Dennis Muilenburg, president and CEO of Boeing Defense, Space & Security. "This year we completed delivery of the final two Republic of Korea Air Force F-15K Slam Eagles, manufactured in St. Louis, headquarters for our expanding global defense business. Exports like this are essential to growing our business and sustaining our talented work force in the current environment."

Several companies have recently announced projects that will bring production back to the U.S., according to the Missouri Dept. of Economic Development.

• Ford Motor Co.'s $1.1-billion expansion at its Claycomo facility near Kansas City, which the company says will create 1,600 jobs over the next five years, marks the first time that its Transit van will be manufactured in the U.S. after having been made previously in Europe and Asia.

•  General Motors' $380-million expansion in Wentzville, also in St. Charles County, brings home manufacturing of the Chevy Colorado, which has heretofore been mostly manufactured in Thailand. The project will create 1,660 jobs over the next five years.

•  Invensys Controls, located in West Plains in south-central Missouri, announced an expansion to its manufacturing plant where the company makes gas delivery control systems for a variety of gas appliances. The $6.9-million expansion involves the creation of 200 new jobs over the next two years, with a portion of the new jobs in West Plains being transferred from the company's former plant in Mexicali, Mexico.

•  Onshore Outsourcing, which provides IT services to global clients, has locations in Macon (in northeast Missouri) and Joplin, located in the state's southwest corner. The company plans to bring back IT positions that otherwise would have been outsourced to China or India, and thus far has hired 50 workers in Macon and another 18 in Joplin. The company has committed to hiring 1,000 IT technicians over the next 5-7 years at its rural Missouri locations, making it possible for such small communities to compete with other countries.

Control Devices, a manufacturer of specialized valves for applications including compressed air, is consolidating its three St. Louis--area operations under one roof to accommodate growth and improve efficiencies. The fast-growing company has acquired firms in California and Tennessee in recent years.

"We looked around the area quite a bit, 33 sites on paper," says Mike Beuke, COO of Control Devices. "It was a matter of finding the sweet spot because we didn't want to lose the skilled hourly employee base we have in all three locations. We were looking for the 'Goldilocks zone' with just the right square footage. We found this facility in Fenton that was attractive and exactly where we wanted to be at the epicenter of our work force."

"We have good prospects for growth," says Chris Fitzgerald, a New York-based member of the company's board of managers. "We see continued growth not just this year, but beyond. We are happy we are on the right trajectory."

"Most of our products are components of larger products," Fitzgerald says. 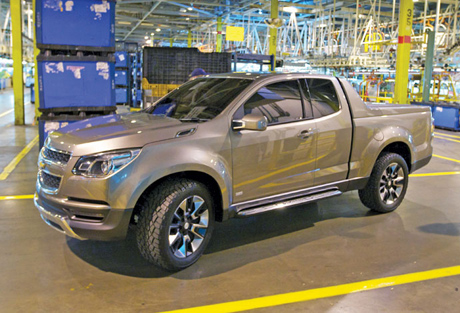 The Chevrolet Colorado will be made at GM’s expanding Wentzville plant.
Photo courtesy of GM