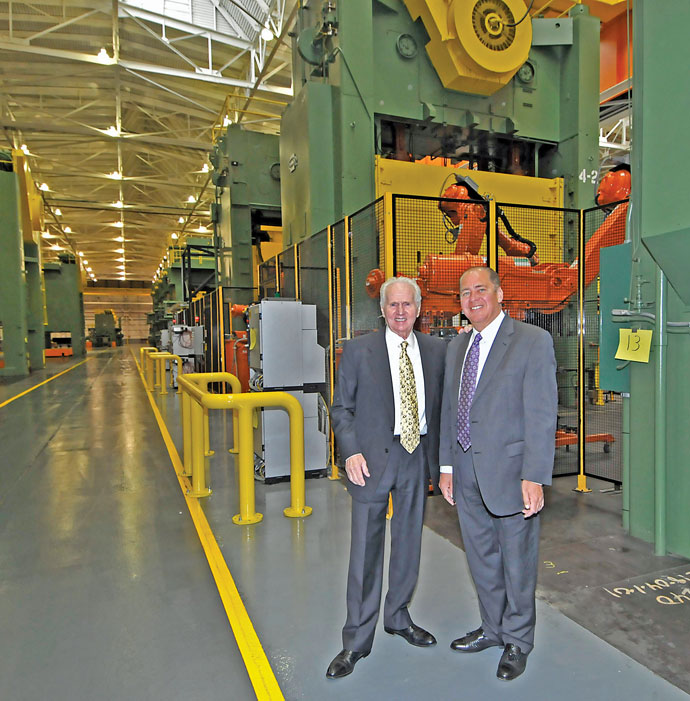 est Virginia joined the party near its end, but it offered the right mix to land a major automotive project for an idled plant in South Charleston. Gestamp, a Spanish automotive supplier, which has its North American headquarters in Troy, Mich., will reopen the South Charleston Stamping and Manufacturing plant to supply companies such as Ford and Honda. The company will invest US$100 million in the project which will create 350 to 400 jobs over the next two years.

The site, owned by Park Corporation, contains more than 1 million sq. ft. (92,900 sq. m.) under roof and more than 30 acres (12 hectares). It has been vacant since 2006. Finding a company to reopen the plant was a long-time goal of Park Corporation Chairman Ray Park.

"We were aware of this facility for a number of years," says Jeff Wilson, Gestamp North America president and CEO. "We've known Ray Park, who is a fantastic fellow. Ray spent a lot of capital in the facility, upgrading the equipment and upgrading the infrastructure two or three years ago. He put it back on the market when renovation was complete, so knowledge of the facility was well known in the industry." 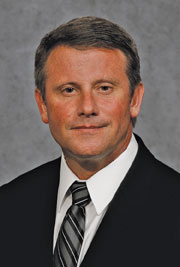 The State of West Virginia loaned the Park Corporation $15 million in 2007 during the administration of former Gov. Joe Manchin to refurbish the facility. That loan has since been repaid.

Wilson says Gestamp was looking for increased capacity, preferably from an existing facility it could acquire. The search initially focused on four states: Ohio, Indiana, Michigan and Kentucky. Gestamp was initially interested in just buying the equipment from the South Charleston plant, which it wanted to move to other plants. Those discussions gradually evolved into the idea of reopening the facility. But West Virginia joined the chase for the Gestamp facilities about six months into the process.

"It's a testimony to Ray's commitment to people," Wilson says. "He had a vision that he wanted to see someone open the facility as a going concern. At first we had meaningful discussions about the equipment, but at the last moment, he held true to his vision and we went down the path we did. It's an exciting project. We are bringing in new hot stamping technology," Wilson says. "Our vision is to invest in five additional hot stamping lines."

Wilson says the deal to come to South Charleston was put together in about three weeks. Gestamp signed a 12-year lease for the plant and hoped to be in operation in a limited way by the end of June. The first hot stamping line will be installed in August.

Ohio and Indiana had facilities that met some of Gestamp's needs, but the South Charleston facility was a better fit. Wilson credits Gov. Earl Ray Tomblin's staff with quickly and quietly smoothing the process.

More than 2,600 applied for jobs at the plant within two weeks of its announcement.

"I am from the Appalachia area, and I know that the folks in that region are hard workers," Wilson says. "From that standpoint, I was excited about having that type of team to work with. The people in the area are one of the strengths the area offers."

Gestamp received a large state and local incentive package including a state loan of at least $25 million to purchase equipment.

"Incentives were clearly an important factor, but they weren't the only factor," Wilson says. "The location is in a fairly good area for the customers we want to service and hope to service. The facility being ready to use was a factor. We were looking at some fast-track programs, and we needed to have the capacity to support the launch time."