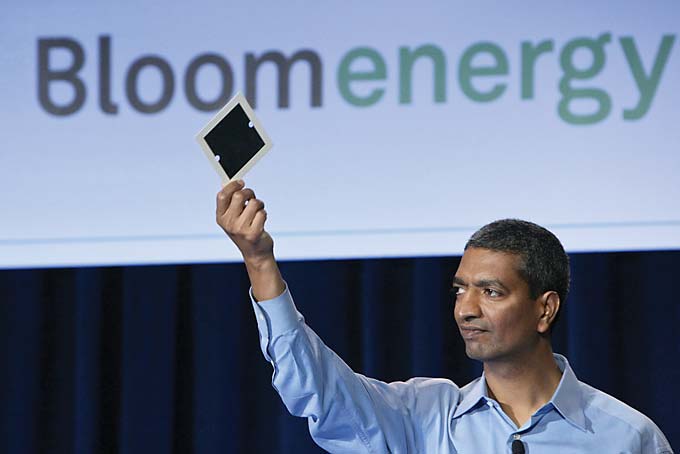 Dr. KR Sridhar, principal co-founder and CEO of Bloom Energy, displays the fuel cell at the core of the company’s energy servers, which are employed by such organizations as Apple, AT&T, Adobe Systems and the California Institute of Technology.
Photo courtesy of Bloom Energy

A sluggish real estate market keeps unemployment in double digits, but technology is helping to reverse the tide.

ast year unemployment in California fell to the lowest level since 2009, as companies put 240,300 people to work, leading the nation in job growth.

Recovery is far from over as the state faces a double-digit unemployment rate, thousands of homeowners are still underwater in their mortgages, and financing remains elusive for small business and residential real estate.

Yet optimism is on the rise, particularly in the Bay Area, which is ground zero for economic growth from venture capitalists and Corporate America. Silicon Valley is drawing that money back to California as industries from social media to manufacturing require more computing capacity to make sense of data for mechanics, communications, and energy use. The most recent news comes from Dell, which has quickly grown to 250 employees at a new location in Santa Clara. In early February, company officials signaled they were ready to move into an adjacent building and hire as many as 600 more people.

Ford Motor Co. recently announced the Bay Area will house its new innovation center. The project will build upon collaborations with research laboratories and universities as modern cars and trucks, particularly electric vehicles, become more computerized to improve efficiency and performance and drive down costs.

General Electric is another major corporation investing in the Bay Area to boost its industrial intelligence. By summer 2012, GE expects to begin moving some 400 software professionals into the Global Software Center in the San Ramon area.

GE executives say the facility will be a "nerve center" that analyzes petabytes of data using an "industrial Internet" to improve productivity and lower costs related to jet engines, power plants, electric vehicle charging stations, and other equipment in operation around the world.

Such investment will lead the state's and even the nation's economic growth in 2012, says Jon Haveman, chief economist at Bay Area Council Economic Institute.

"A lot of what's happening in the Bay Area bodes well for California's prognosis," he adds.

"California is off the ropes and roaring back with the innovative and entrepreneurial spirit that made us a global economic leader," says Brook Taylor, deputy director of communications for the California Governor's Office of Business and Economic Development (GO-Biz).

After the housing bubble burst around 2006 and 2007, California lost nearly 1 million jobs in construction and related financial industries. Construction accounted for about half of the state's 2 million unemployed people in the state.

"In the last year, construction jobs have grown by 3.9 percent, which is more than three times the national job growth rate," says Taylor. "We were in a deep hole, but we are digging our way out."

'Where People Want To Be'

Some critics say California can do more to increase the pace of recovery by lowering taxes and easing regulations. According to The 17th Annual Kosmont-Rose Institute Cost of Doing Business Survey, California is home to one third of the 40 most expensive cities in the United States. The survey is based solely on analysis of a set of business taxes.

"If you listen to Governor [Jerry] Brown, you should be an optimist because we're still the land of technology and innovation and good weather," says Larry Kosmont, president and CEO of Kosmont Companies. "But the reality is this: If a small company has high rent, high taxes, and no support from lenders, it's going to walk away because we're just too expensive. I don't see anything in sight that really helps that."

Chris Thornberg, a Los Angeles-based economist at Beacon Economics, believes the residential real estate bubble had a greater impact in slowing recovery than taxes and regulations.

"If the cost of doing business is a primary determinant, then California would have died years ago," Thornberg says. "The state has a lot of distinct advantages. For one thing, it's a hell of a nice place to live. Don't discount that. It's a place where people want to be."

San Francisco, for example, is ranked among the most expensive cities in the Kosmont-Rose survey, yet it remains a destination with the lowest unemployment rate in the state.

The real estate market has not been all doom and gloom in California, particularly in Los Angeles, where the downtown area has seen a surge in economic activity related to the growing housing options for young professionals.

"It felt like L.A. metro residential would take forever, but it has finally come into play with an influx of new talent," says Peter Belisle, Jones Lang LaSalle's Southwest region market director.

While not everyone sees eye-to-eye on the cost of business in California, many experts agree that tough lending standards have all but dried up development in small business and residential real estate. The lending crisis is particularly evident in the South Central Valley, where unemployment rates in Merced and Modesto were 17.9 percent and 16 percent, respectively, in December 2011.

Median home values in Merced fell more than 68 percent between 2006 and 2011, ranking among the sharpest declining home values in the nation. At the same time, Merced was ranked among the cheapest places to do business.

"The sluggish housing market and lack of lending are contributing to the slow recovery," adds Haveman, of the Bay Area Council Economic Institute.

Much of the personal wealth of Californians was tied up in real estate values. The sudden drop in home values was exacerbated in California by the nationwide downturn, which slowed export markets as fewer people bought consumer goods across the country.

This took a major toll on housing and jobs in Southern California's Inland Empire, which had an unemployment rate of 12.6 percent in December 2011. But falling unemployment numbers and rising occupancy and construction show indicate that the area is moving into recovery.

The area was hit particularly hard by the loss of aerospace and auto manufacturing in the 1980s and 1990s, but the Inland Empire has adapted to its role as a distribution hub, Magness says.

"I think we still need manufacturing jobs because the majority of the state is blue collar," he says.

More than 1.2 million Californians work in the manufacturing sector and advanced manufacturing. The sector got a boost when German electronics manufacturer Zollner invested $17 million in a Milpitas manufacturing plant expected to create 300 jobs.

Some think the state should offer more incentives that would allow California to compete with economic development programs in Alabama, South Carolina and Texas. In California, marketing and development is typically handled by individual cities or regional collaborations.

"They do a lot of the groundwork with companies, so once it reaches the state level, our office can step in as a partner and ally," says Taylor, of the Governor's Office of Business and Economic Development.

In anticipation of AB-32 clean energy requirements, some of the state's biggest tech companies have already begun rolling out plans to draw energy from clean, renewable resources. This has set the stage for companies like Bloom Energy to increase manufacturing.

Bloom, which makes fuel cell energy servers, announced last spring that it would provide more than 1,000 jobs by expanding its California manufacturing facility in Sunnyvale. Bloom customers include Apple, AT&T and Walmart.

The long-term impacts of AB-32 are still uncertain. It includes a number of mandates for companies to get energy from clean resources along with the country's first cap-and-trade scheme. Some think the state should postpone its implementation while the economic recovery is ongoing.

"It's a tough time to take on the burden of the concepts and requirements of AB-32, and the cap-and-trade aspects will be very tough for some businesses to swallow — it will get some pushback," Kosmont says. "On the other hand, it is the future and California has always been at the cusp of breaking new ground."

Clean technology projects are already creating hundreds of jobs across the state. As reported in the January issue of Site Selection, Massachusetts-Based Blu Homes said it will hire 160 people as it relocates its headquarters to Vallejo to build green modular homes by the end of 2012.

Central Valley projects include a 45-megawatt biomass plant by DTE Energy Services in Port Stockton. It will create 50 to 200 jobs before operations begin in 2013.

SR Solis is developing two 20-megawatt solar projects and one 40-megawatt facility on 600 acres of non-prime farmland in Tulare County. A study by California State University estimated each 20-megawatt project will generate $18.1 million in economic impact with at least 360 jobs.

In the Kern County area, several major wind and solar projects are under development, including the nation's largest wind farm in the Tehachapi Mountains. This project was funded in part with investments from Google.

Among other projects in the area, Sempra Global received the green light for a 100-megawatt solar power plant. In all, the area has more 49 solar projects in the works and at least 12 wind projects planned.

Haveman says the AB-32 legislation stands to stimulate much more growth in manufacturing and construction, but there is valid concern that the regulations could negatively impact small business in the near future.

"Green plant equipment can create jobs and stimulus," he says of the seesaw between stifling business and stoking it. "Ultimately, only time will tell which one will dominate." 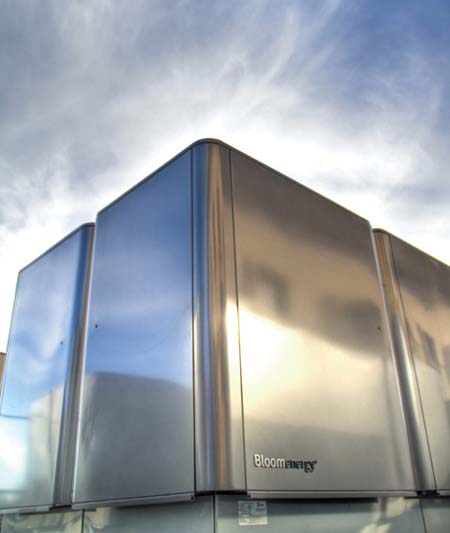 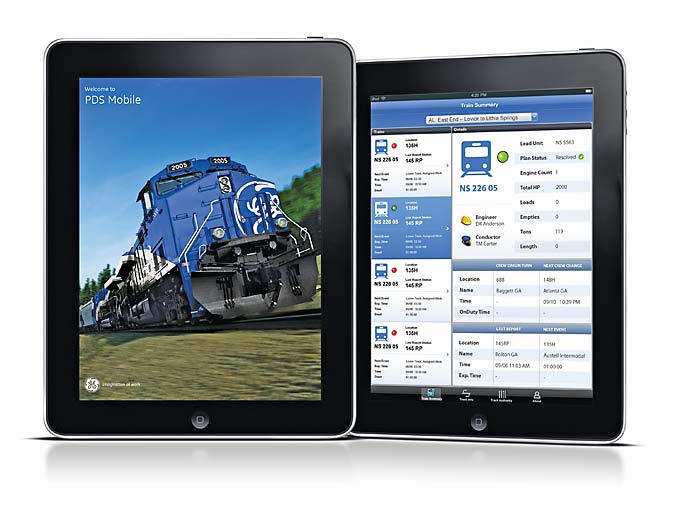 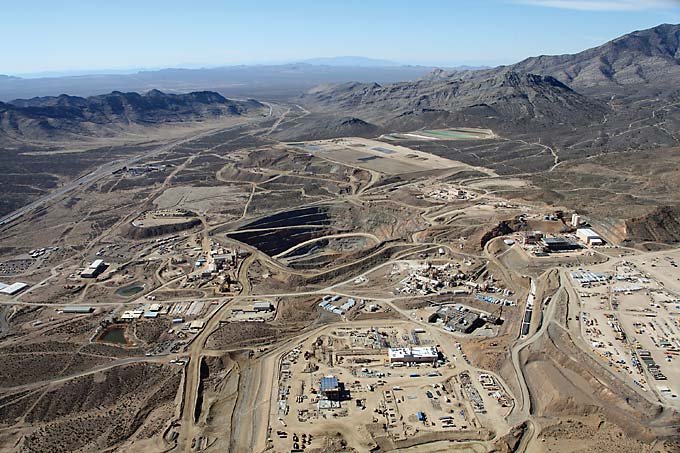 xpansion progress continues at the Molycorp rare earth mine and "Project Phoenix" processing complex in Mountain Pass, Calif. The company launched sequential start-up of the complex in late February.

"The launch of Project Phoenix's sequential start-up is occurring well ahead of our April 1 deadline, and represents the accomplishment of a critical milestone in our project," said Mark A. Smith, Molycorp president and CEO. "When this new manufacturing facility is complete and running at full capacity, it will be the most technologically advanced, energy-efficient and environmentally superior rare earth facility in the world."

Molycorp also confirmed that it remains on track to achieve its full Phase 1 annual production rate of 19,050 metric tons of rare earth oxide equivalent by the end of the third quarter of 2012, three months ahead of the original deadline that was set when the project was launched in 2010.

Rare earths are applicable to a number of industries important to California, as well as the rest of the nation, including hybrid and electric vehicles, wind power turbines, fiberoptics, lasers, hard-disk drives, advanced water treatment and defense industry guidance and control systems.

llustrating the logistics sector strength and momentum in the Inland Empire, USAA Real Estate Company on Feb. 13 announced the acquisition of 26 acres (10.5 hectares) of land in Moreno Valley for the immediate development of a 522,772-sq.-ft. (48,565-sq.-m.), distribution center. Southern California-based Overton Moore Properties will act as developer for the project. Centerpointe Logistics Center (rendering, above) will feature 32-ft. (9.7.-m)clear height concrete tilt construction, cross-dock configuration and 113 dock positions and 126 trailer storage spaces. The site offers convenient access to the I-215 and 60 freeways, and will benefit from port-driven demand, said USAA. "Overton Moore Properties is a proven developer of industrial space throughout the Southern California region, and we look forward to collaborating with their team on an exceptionally designed building in the growing Inland Empire market," said USAA Chairman and CEO Pat Duncan.