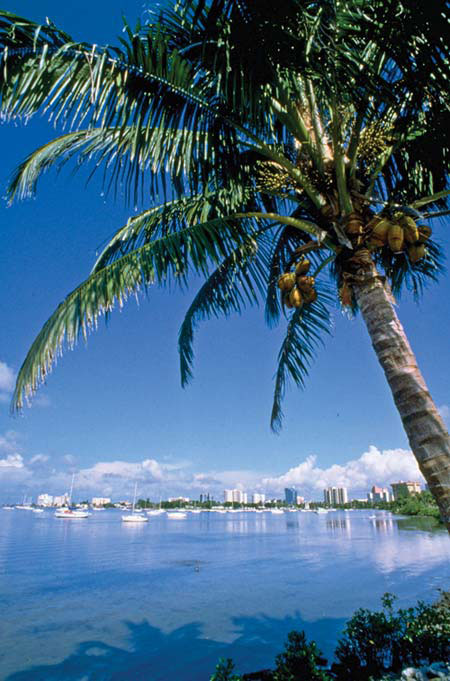 Enzymedica plans to move into its new facility in Sarasota by September.
Photo courtesy of Enzymedica

nzymedica has been soothing the stomachs of its customers ever since it was founded in Port Charlotte, Fla., 14 years ago. The company has grown rapidly since as it has developed a nice niche in the natural digestive enzymes market. Bursting the seams of its 15,000-sq.-ft. (1,394-sq.-m.) facility, Enzymedica initially sought a new home in the Port Charlotte area, but no suitable buildings could be found.

"We have been such a big part of the community in Port Charlotte, but we could not find an existing facility that met our needs in terms of quality of construction and height of ceilings," says Enzymedic’s CEO Scott Sensenbrenner. "It simply does not exist. What we were able to find was at a price above where it needed to be relative to where the market is. We were fortunate to find what we needed in Sarasota. It happened to be a bank-owned property that met all our needs."

The larger facility, a 41,000-sq.-ft. (3,808-sq.-m.) building purchased by Enzymedica owner Tom Bohager for US$1.38 million, provides increased office, lab and manufacturing space for the company, which Sensenbrenner says has been using "literally every square inch" of its Port Charlotte building. The efficacy of its products is driving the company’s growth, he says. Enzymedica currently employs about 50 in Port Charlotte and will create 72 jobs over the next five years. The company expects to move into its new building by September.

"We recognized early last year that we needed a larger home immediately," Sensenbrenner says. "Every department within the company is growing. Digestive enzymes are an emerging market that we dominate, so we are investing a lot of money into the quality of our products and in research and development to make sure our products help consumers. When you have a digestive issue, either the product it works or it doesn’t. When you take an Enzymedica product, you feel it the next morning."

Enzymedica will receive $432,000 in government incentives, equally split between the state and Sarasota County government. That will help defray the renovation cost of more than $850,000. Enzymedica hired Sarasota "green" contractor MyGreenBuildings to handle the refitting, which aims to achieve LEED Gold status, Sensenbrenner says.

Sarasota is developing a nice life sciences cluster, says Sensenbrenner, who compares it to Kalamazoo, Mich., his previous home before moving to Florida in 2009.

"Kalamazoo is a hot bed for companies like Pfizer and Pharmacia, which was founded there. I was surrounded by life sciences people. The neighborhoods were filled with them. I see Sarasota becoming a new community for that. It is a beautiful location on the ocean. If you are into sailing and boating like I am, you have a choice of the Gulf or the bay. Downtown is very modern and vibrant with a lot of independent restaurants and shops. Part of it reminds me of San Diego in a way. The community is well-positioned to attract a lot of life sciences-oriented companies. It’s a real opportunity."

Sensenbrenner says Enzymedica hopes to broaden its relationship with the State University System of Florida and develop a curriculum around its products. This could advance the company’s intellectual property and in turn grow jobs, he says.

Other recent life sciences-related expansions in the Sarasota area involve Rapid Pathogen Screening, a maker of diagnostic test for a variety of diseases, which plans to add 164 employees over the next five years, and Voalté, a healthcare communications technology specialist, which plans to add 50 jobs. Voalté created a smartphone product that enables nurses and clinicians to communicate with each other via high-definition voice calls, text messages and nurse call and monitor alarms, all on one device.

Florida’s growing medical industry is also good for business for Octex, a Sarasota County-based custom plastic injection molding specialist, which will add 80 jobs over the next five years.

The biotech sector is also pulsating across Tampa Bay in St. Petersburg, where IRX Therapeutics is observing a homecoming. IRX, which is developing immunotherapy drugs targeting head and neck cancers, had its beginnings at the University of South Florida in the late 1990s. The company is in the process of moving from New York City to St. Petersburg and has ambitious plans to add 280 jobs within five years if its drug trials are successful.

The state awarded IRX $600,000 from its Innovation Incentive Fund, which targets R&D catalyst projects. Local provisions included $275,000 from Pinellas County, a $275,000 credit toward land owned by the City of St. Petersburg in the Dome Industrial Park (for future expansion), and $50,000 from the University of South Florida.

Momentum in the Middle

Polk County, smack dab in the middle of Florida, has struggled economically the past few years. Unemployment, which was below 4 percent for much of 2005 and 2006, hit 13.2 percent in November 2010. The jobless rate is slowly falling, but still above 10 percent and higher than the state’s average of 9.9 percent.

The county could be ready for a rebound, however, as two of its biggest economic development projects in history move forward: A new campus for the University of South Florida Polytechnic and the long-planned CSX logistics center.

"The new USFP campus will be the largest economic development project we have ever had in the history of Polk County," says local economist and Polk State College professor Gordon Kettle. "We have had big projects before, including Legoland that recently opened, but this is off the charts. Having the university will have many intangible benefits, but also many that can be quantified."

The estimated annual economic impact of the new campus and projected surrounding development is $3.2 billion within 10 to 15 years, Kettle says. High-tech research parks projected to develop around the campus will be a boon for the region’s burgeoning medical field, he says. The campus will employ 500 to 600 when it opens in 2013.

The No. 2 all-time project in the county, according to Kettle, will be the long-awaited CSX center, which may get under way during 2012. Kettle says the cargo and automobile logistics terminal, along with projected warehouse and mixed-use development, could create 8,500 jobs.

"It’s ironic that at this time we have the two largest development projects in our history," Kettle says.

Another job creator is the Inland Fiber & Data Center being developed by the 6/10 Corporation in downtown Winterhaven. The project involves refurbishing older buildings for data centers and other high-tech uses. Kettle says the project will eventually have a $100 million impact and create 1,200 jobs. All of these projects will generate high-paying jobs, he says.

"That’s what’s kind of neat about it," Kettle says. "In the past we have had large distribution center projects, large call centers and other large projects as most areas do from time to time, but we have never seen anything like this magnitude with the large number of high-paying jobs."

Polk County, the corporate home of Publix Super Markets, has a thriving food sector. The latest addition is Mission Foods, the U.S.-based subsidiary of Mexico’s Gruma Corp., which plans to create 130 jobs as it ramps up operations at a 168,000-sq.-ft. (15,607-sq.-m.) building in Lakeland. Mission will invest $23 million in the operation, which will manufacture and distribute chips and tortillas.

"In the selection process for Mission’s new facility, several alternatives were considered based upon a combination of factors including logistics to key markets," says Jose Luis, strategic planning director at Mission Foods. "There were two alternatives in Georgia that are close to existing facilities, and another Florida alternative that had a favorable location for distribution purposes.  The advantage Lakeland had over the other alternatives is its available labor market and the enterprise zone’s tax advantages." 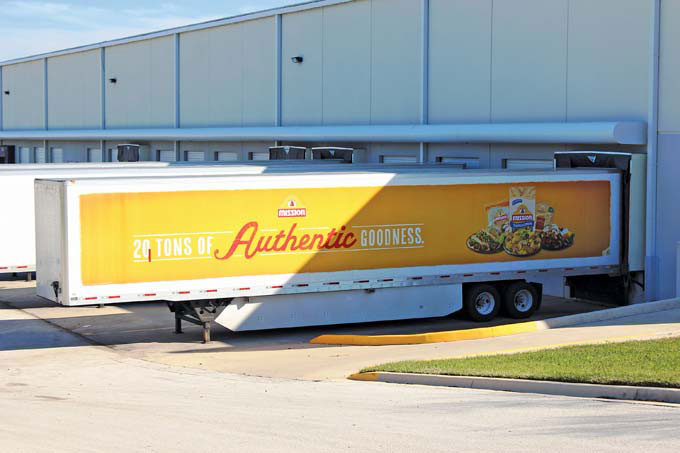 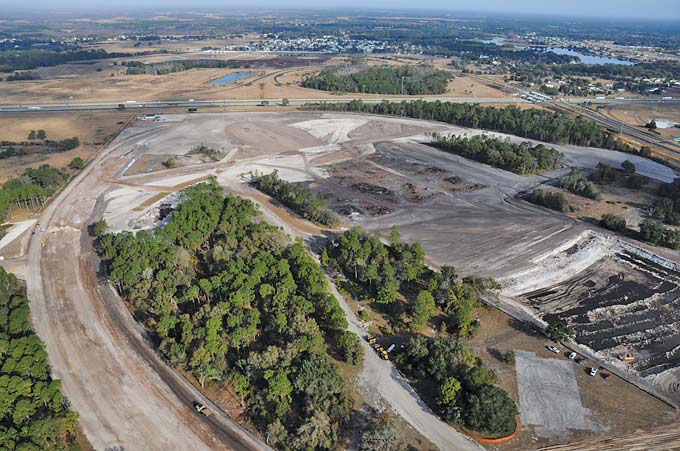 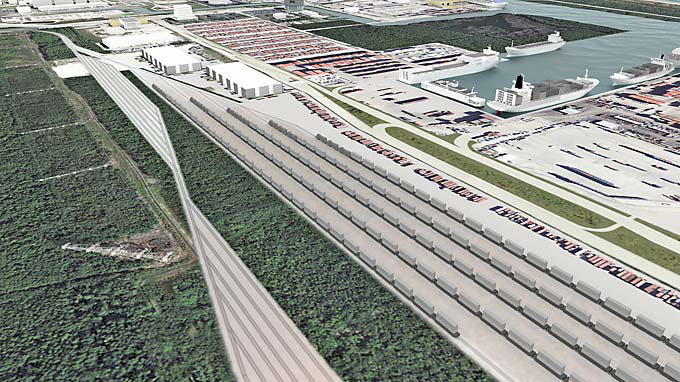