Greater Fort Lauderdale alters perceptions of business executives around the world. Payoff comes in headquarters, plants and other expansions. 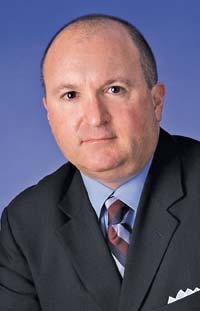 hen a British tobacco company decided to locate its headquarters for the Americas in a suburb of Nashville, Tenn., the firm's leadership in South Florida decided it was time to take action.

The resulting change of heart that kept the company firmly rooted in Fort Lauderdale was emblematic of the economic turnaround that has defined the coastal city of Broward County in recent years.

Altadis Corp., a subsidiary of Bristol, England-based Imperial Tobacco, announced that it would move to a 55,000-sq.-ft. headquarters complex in the Cypress Creek area of Fort Lauderdale. The capital investment of $3 million keeps 110 jobs in Broward and creates another 100 positions upon full occupancy.

"As we learned more about the deal to move the company to Nashville, we realized that it was very important to try to win them over and change their decision toward Fort Lauderdale," says Rick McKenzie, senior vice president of human resources for Altadis, a multinational purveyor of fine cigars and other tobacco products. "Even though they had already made the decision to move to the Nashville suburbs and had already contracted for space there, we knew that it made the most sense for the company's American headquarters to remain in South Florida."

An army of people mobilized to make the case for Fort Lauderdale. "I was introduced to Robin Ronne, the managing director of the CEO Council of the Greater Fort Lauderdale Alliance, and he and his team were a tremendous help — not just in supplying information, but in offering contacts and assistance to get the deal done swiftly," McKenzie says.

"Tennessee had already put $600,000 in incentives on the table to facilitate the move. Robin was able to put together a package that offset that in its entirety to create a level playing field. The speed in which they did it was remarkable. Even our landlord jumped in and gave us expansion space at a very good rate. The price of the real estate here and the cooperation of the city were tremendous."

McKenzie says several factors proved pivotal in changing the minds of top company decision-makers in the U.K. "Among the most critical factors were the transportation infrastructure and the ease of getting here versus getting to Nashville," notes McKenzie. "The South Florida weather, the support of the government here — including the city and the state — it all helped seal the deal."

The move, which was consummated last April, was confirmed by the company's new CEO when he made an appearance at the new Fort Lauderdale headquarters in January.

"His first address to employees was, 'How can you not be excited about working here?' He was just bowled over," says McKenzie. "What you see in Fort Lauderdale from our tenth floor window is very impressive. Living here is terrific."

A growing number of international firms are coming to the same conclusion as the Altadis executives.

Emerson, a global manufacturing and technology company, selected Sunrise last June as the site for its Latin American regional headquarters. The project creates 51 jobs that pay an average annual wage of more than $80,000, and retains another 25 positions.

Neil Wieschhaus, senior manager for indirect taxes and incentives for Emerson, says the decision to move the Americas hub from St. Louis to South Florida was dictated by the fact that "we wanted to be closer to Latin America."

Emerson celebrated the grand opening of its new 18,000-sq.-ft. headquarters at Lakeshore Plaza II in Sunrise on Feb. 8. The firm has an option to expand by another 9,500 sq. ft.

"The most important site selection factors for Emerson were the accessibility to Latin America, proximity to other Latin American-related companies in this area, and the availability of a multilingual work force in Broward County," says Greg Burkhart, managing director of specialty tax at Duff and Phelps, the consulting firm that advised Emerson. "We were also looking at Texas. In fact, Texas was very similar in terms of international accessibility. The advantages of locating the business here in the Fort Lauderdale area exceeded the other option."

With 18,000 employees and 30 plants in Latin America, Emerson does about $1 billion a year in sales south of the U.S. border. "More than 1,100 companies that have Latin American operations are based in South Florida," says Wieschhaus. "At least 30 percent of the work force speaks more than one language. There are 40 to 45 international flights a day out of Fort Lauderdale. That does not count the airports at Miami and West Palm Beach. Some 16 flights daily to Latin American countries originate out of Fort Lauderdale International Airport."

Wieschhaus credited Ronne and his team at the Greater Fort Lauderdale Alliance with making the deal happen smoothly and quickly. "We have to tip our cap to them," the Emerson executive says. "What they said they would deliver was exactly what they did deliver. They were true to their word. We were pleased with the way they were able to work their connections to get the deal done. They were instrumental in bringing in Gov. Rick Scott to meet with us even though we only had one small manufacturing facility in Florida. The governor expressed his personal commitment to have Florida do all it can to make sure that this would not be the last Emerson plant to come here."

Changing perceptions has been part of the Alliance's strategy, notes Ronne. A concerted marketing campaign and an aggressive corporate recruiting effort worked together to elevate the profile of Greater Fort Lauderdale in the minds of business executives around the country, he notes.

The proof is in the numbers. According to a survey of brokers and site consultants conducted by Boyette Strategic Advisors in September 2011, the percentage of respondents indicating a "positive" or "very positive" overall perception of Greater Fort Lauderdale was 84, up from 48 percent in 2008.

Those who would recommend Fort Lauderdale for a corporate headquarters relocation project jumped from 30 percent in 2008 to 51 percent in 2011.

"This overall perception increase is very significant," says Del Boyette, the consultant who led the study. "This is a significant movement of the needle. It shows that the Greater Fort Lauderdale Alliance has been doing a good job of getting out the message about the area's attractiveness as a corporate headquarters location. Over the last three years, they have strategically increased their marketing budget to promote the area as a top business location, and their investment is paying off."

It is paying off in other sectors as well, including the biomedical field.

Scott Verner, president and CEO of Nipro Diagnostics, says his company purchased three buildings in the last 90 days to facilitate a major expansion in Fort Lauderdale.

The acquisitions give Nipro — a company that makes diabetes diagnostic products — about 220,000 sq. ft. of real estate in Broward County, where the firm employs 400 workers. One of the new buildings, a 100,000-sq.-ft. office facility, will house all of Nipro's administrative, R&D and clinical offices.

An Osaka, Japan-based health-care conglomerate, Nipro designs, develops and manufactures testing strips for diabetes. "All of the strips that we market and sell around the world are developed and made here," says Verner. "We also own our own electronics company in Taiwan that makes the meters for reading the strips, and all of the disposable parts for those meters are made right here."

When asked why his company chose Fort Lauderdale, Verner says the decision was driven by Nipro's need to remain close to its customer base. "The U.S. represents over 50 percent of the global market in glucose meter strips, so it makes the most sense to make those strips here," he says. "Secondly, we make the brand for Walgreen's, Publix, Rite-Aid and other retailers, so we wanted to send a message that we will continue to be a U.S. company."

Verner adds that "we have received a lot of support from Broward over the years, in the form of tax credits, zoning, training programs and other incentives. The public education here is among the best in the country. There is no state income tax and the quality of life is great. And in the long run, the state and local civic leaders are committed to building a health-care sector in South Florida. They have worked with companies to get them the resources they need.

"It basically comes down to location, support and the business climate," Verner says. "In Greater Fort Lauderdale, we have all three."

This investment profile was prepared under the auspices of the Greater Fort Lauderdale Alliance. For more information, contact Robin Ronne, managing director of the CEO Council of the Alliance, at 954-627-0126 or email him at rronne@gflalliance.org. On the Web, go to www.gflalliance.org. 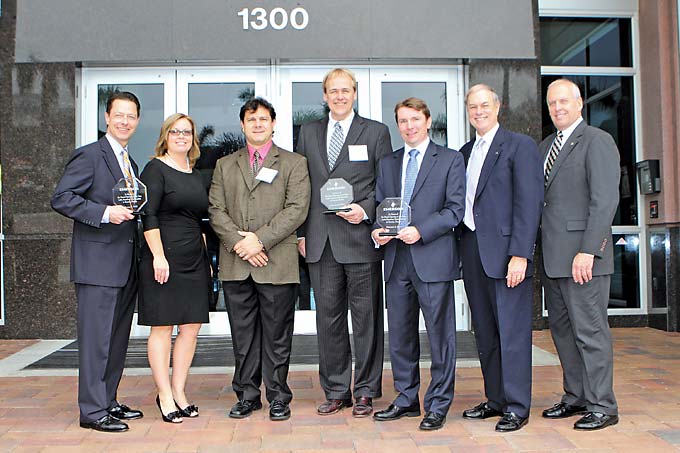 Outside the new offices of Emerson Latin America Headquarters are grand opening participants from left to right:  Gregory Burkart of Duff and Phelps; Crystal Sircy of Enterprise Florida; Louis Sandora of the City of Sunrise; Neal Wieschhaus of Emerson; Robert Sitterley of Enterprise Florida; Robin Ronne of the Greater Fort Lauderdale Alliance CEO Council; and Bruce Moeller of the City of Sunrise.
Photo by Juan Cobas of JC Video Productions