Big investments by big companies come on the heels of
KORUS approval, but aren’t necessarily U.S.-focused. 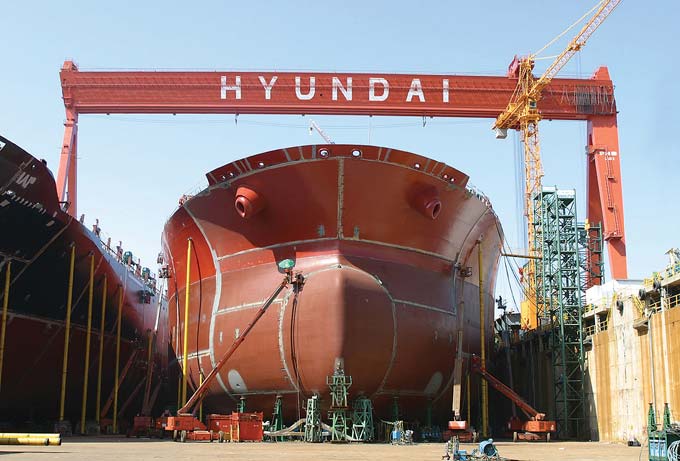 Trade intelligence firm Zepol Corp. reported in January that total 2011 imports to the U.S. from China, measured in TEUs according to bills of lading, were down by 0.75 percent from 2010, while imports from South Korea rose by 5.3 percent.

But not all the activity is U.S.-focused: Just ask German consultancy Roland Berger Strategy Consultants, which just opened a new office in Seoul.

“South Korea’s economy, its export strength, and connectivity to China and Japan is of increasing importance to multinationals,” said Martin Tonko, the Roland Berger partner leading the development effort. “There are well established sectors like automotive or electronics, and South Korea’s government-led growth strategy will add more.”

R&D as a percentage of GDP has steadily climbed in South Korea since the turn of the century and now is above 3.2 percent, one of the highest ratios in the world. But if Hyundai’s momentum carries any weight (and it does), the ratio’s only going to improve.

At the end of December, Hyundai Motor Group announced it would invest a total of $14.1 trillion won (about $12.2 billion) in 2012 as part of its largest investment and employment plan ever, “mainly to boost its R&D competitiveness,” said the company.

The expenditure will include $4.5 billion on R&D and the rest on facilities. Ninety percent of the R&D investment will be spent in the automotive sector, to accelerate the development of eco-friendly and fuel-efficient vehicles. Of the investments in facilities, just under $2.7 billion will be spent upgrading and building domestic and overseas manufacturing plants for Hyundai Motor and Kia Motors Corp., as well as strengthening their sales and aftersales service networks. And just under $2 billion will be spent on the company’s steel affiliates.

The company saw a 12.4-percent gain in vehicle sales globally in 2011, driving a net profit increase of more than 35 percent. A report in Automotive News cited an unnamed Hyundai official interviewed by South Korean business newspaper MK Business News as saying that Hyundai-Kia “plans to build a manufacturing plant in South Korea and another overseas, and to expand a plant in Gwangju, South Korea.”

Other major recent investments in or related to the country’s automotive sector are coming from Japan’s Toray Industries (a new carbon fiber plant in Gumi National Industrial Complex in North Gyeongsang Province) and from Michigan-based supplier Inteva Products, whose joint venture Inteva KDS announced in December the opening of a new manufacturing plant and engineering center in the province of Gyeongbuk, less than seven months after breaking ground on May 30.

“We have tremendous opportunities on the horizon to grow our business here,” said Lon Offenbacher, president and CEO, Inteva Products, “and I am confident that through the successes of KDS, we will grow and continue to prosper in The Republic of Korea.”

Inteva KDS is a JV between Inteva Products and SL Corp. established in 1995, and employs approximately 400. Prior to the opening of the new larger facility, KDS operated on the campus of SL Corp. KDS customers include General Motors Korea, Ssangyong Motor, Hyundai, Volkswagen and PSA.

In addition to the new manufacturing center, Inteva has a Technical Center in Seoul. The new project comes at the same time that the company has opened a new closure systems manufacturing plant in Cordeiropolis, Brazil. In 2011 Inteva also opened new engineering technical centers in Shanghai, China, and Vandalia, Ohio.

The trade mission express is running nonstop these days to Asia, as local and state governments get in front of corporate executives in China and South Korea.Georgia leaders are embarking on such a trip this spring, as are leaders of the Tennessee Department of Economic and Community Development. But they’re certainly not just focused on imports, especially now that KORUS officially goes into effect March 15.

“Last year, Tennessee exported roughly $30 billion dollars in goods,” said Tennessee ECD Commissioner Bill Hagerty in announcing the trade mission, which will feature 10 medical device manufacturers and other health care companies. “However, fewer than two percent of all Tennessee companies are exporters. This trade mission will allow participants to be introduced to potential distributors and customers in the rapidly growing Asian market and explore new sources of revenue.”

Klingner asserts that the four years between the signing of KORUS and its submittal to Congress cost the U.S. an estimated $40 billion in lost U.S. exports.

He also sought to clarify that KORUS approval does not open up the U.S. to imports from North Korea’s Kaesong Industrial zone, the zone established by both Korean governments just north of the Demilitarized Zone.

“KORUS specifically separates eligibility for tariff preferences from admissibility into the United States,” wrote Klingner. “Rules of origin do not apply if the product is not allowed into the U.S. To clarify existing rules, President Obama approved a new executive order in April that declares ‘the importation into the United States, directly or indirectly, of any goods, services, or technology from North Korea is prohibited.’ The ‘indirectly’ clause applies to North Korean parts, components, or labor incorporated into products made in other countries, including South Korea.