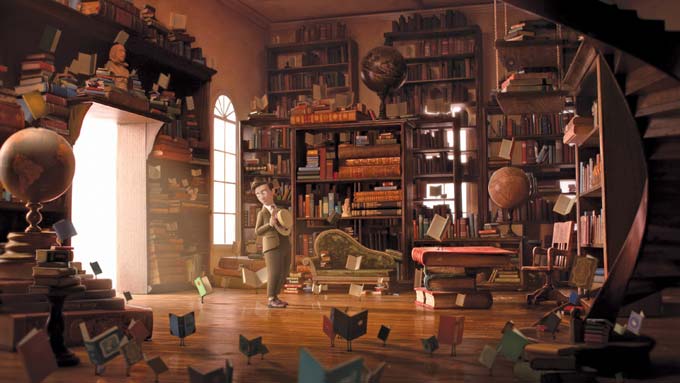 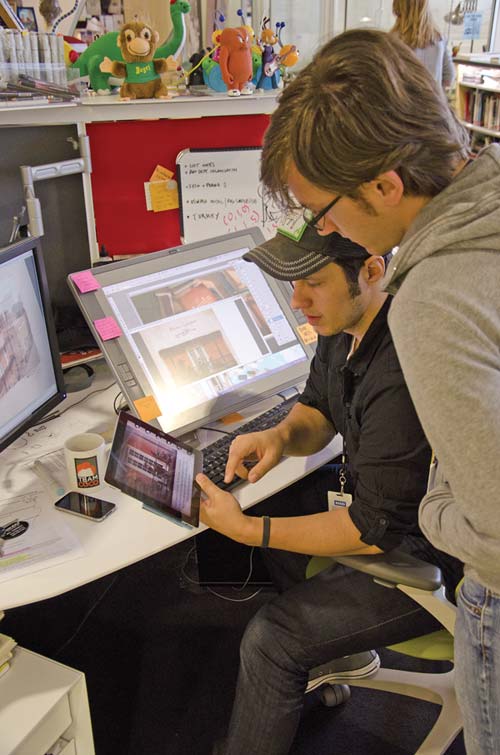 he art of storytelling is providing some global fame for Louisiana's blossoming digital media sector.

Moonbot Studios, an animation and storytelling company founded in Shreveport in 2009, has produced one of five animated short films nominated for this year's Academy Awards. The Oscar nomination is the latest on a long list of recognitions garnered by Moonbot's "The Fantastic Flying Books of Mr. Morris Lessmore," the company's first released animation project, which is also an iPad app.

Moonbot formed in Shreveport, the home of children's book author and animator William Joyce. Joyce partnered with television and film producer Lampton Enochs, who became the company's managing director and works with design and special effects specialist Brandon Oldenburg, who serves as Moonbot's creative director. (Moonbot won the Oscar after this issue went to press, with both Joyce and Oldenburg singing the praises of their home base in Louisiana during their acceptance speech. -Ed.)

Moonbot is building its business based on apps for iPads and smartphones.

"The advent of the iPad has a pretty significant impact on our company," Enochs says. "We quickly went into production on an iPad app and since that time we have done four or five. We love working in the mobile field. It's opened up a lot of avenues for creativity and for business for us."

While the apps have been the vehicle for Moonbot's early success, Oldenburg says Moonbot is all about storytelling, and good storytelling translates to current and future media.

"One thing we pride ourselves on is that we put storytelling first," Oldenburg says. "App development is the flavor of the month, and there very likely could one day be a new medium that everyone moves toward. If for some reason the technology goes away, we have not placed our whole business model there. When something else comes along we will move toward that as long as we tell stories."

Moonbot is poised for further growth. Enochs says the company, which employs about 35, will likely grow to more than 50 by next year. He also believes the industry as a whole will continue to grow in the state.

"Louisiana has a really robust incentive program for the creative industries," Enochs says. "It started in 2003 with a film tax credit and has expanded. It's certainly been helpful for companies such as ours, which is just starting up. Louisiana Economic Development [LED] has provided a tremendous amount of support in getting our company started."

Oldenburg says Moonbot has been able to find graduates with good computer programming skills from Centenary College and LSU-Shreveport, but has turned to Florida's Ringling Brothers College of Art & Design when it seeks storytelling skills.

"Conceptual thinking is where we see room for growth, and we've gone out of state for that. That's where we turn to Ringling for that skill set. It's critical because we are a storytelling company."

New Orleans was not on Gameloft's original list of cities when its leaders embarked on a search for a new U.S. studio. Instead, they were looking at locales where the gaming industry is well established in states such as California, Washington and Texas.

"While we were at GDC, the LED let us know about the tax credits available in Louisiana," says Dave Hogue, Gameloft's studio manager in New Orleans. "Basically, New Orleans was the last city we stopped at because we knew the economic argument worked. It was really all about checking out the area. We found that there is really a positive attitude here and the city is rebuilding."

Of initial concern was the potential for recruiting sufficient creative people for Gameloft's needs. Social media blasts and Internet job posts got the word out for the initial recruiting, and the response was overwhelming.

"We had around 1,500 people who applied," Hogue says. "Maybe half were qualified, and we quickly identified 15 for the core team. We had a financial analysis that said we were likely going to be profitable here, and we had this great location, so it made sense to move forward."

Gameloft's current digs are temporary, albeit with a nice view of the Superdome. Hogue expects to move to larger quarters in the city's Warehouse District within the next few months. The staff now stands at 25 and could grow to 50 by the end of the year.

"With the digital media tax credit, there are always going to be companies looking here to see if it makes sense," Hogue says. "What we found that is really beneficial to the gaming industry is that there is a well-entrenched movie production industry here."

Gameloft focuses on development of digitally downloadable games for iPads, iPhones and iPods and a wide variety of Android devices. More than half of the games released by the company last year focused on these high-growth devices.

The data center boom in Texas shows no signs of abating, with major facilities sprouting up in or near the state's major cities.

One project involves a U.K. team whose previous endeavors included development of an offshore wind farm and natural gas project in the U.K. That project was developed under the name Eclipse Energy and was sold to the Swedish state-owned energy company Vattenfall. Members of Eclipse's management team came to Texas in 2009 and formed Baryonyx with plans to develop four wind farms, two of which will be offshore. Through a project called WindData, Baryonyx hopes to connect its renewable energy efforts to end users by marrying renewable energy projects to data centers.

"We decided to look at market segments such as data centers with big power requirements and do some creative pricing structures," says Graeme Walker, CFO of Baryonyx. "In renewable energy, you buy the power up front, and we can fix power costs on day one. That's where the real advantage is when you apply it to a market like data centers."

The first WindData project will be developed in Pflugerville, with the company investing $210 million over 10 years in a 600,000-sq.-ft. (55,740-sq.-m.) centerto be powered by energy supplied by Baryonyx wind farms.

WindData has long-range plans to develop a second data center in Abilene, which might be powered by on-site wind turbines.

Stream Data Centers is a speculative developer of data center space for corporate users. It is currently developing projects in Richardson and Houston.

"The reason for both projects is that we see strong demand for corporate or enterprise data center users who are outgrowing their current IT infrastructure," says Anthony Bolner, senior vice president with Stream Data Centers, a division of Dallas-based Stream Realty. "We see them migrating and consolidating their IT growth outside of their corporate facilities."

Bolner says Texas is unique in that it is served by the independent ERCOT power grid, which is seen nationally as reliable.

"The space we are developing is for larger, more sophisticated corporate users looking to place 100 to 200 racks or more," Bolner says.

"Everyone in the data center sector would list Dallas in particular as one of the top three or four data center markets in the country," Bolner says. "Dallas is considered a safe location, far removed from the majority of natural disasters like hurricanes or seismic activity. Dallas has a large, diverse economy and you will see demand here from all of the major business sectors. It obviously has a large airport that allows IT companies to get to Dallas quickly if they need to get to the data center for any reason. In addition, you have a strong tech sector in Austin, the government sector in San Antonio and large energy and health care centers in Houston."

The data center being developed in Houston is designed to withstand winds up to 146 mph.

"We are building the structure to be robust, away from any floodplain issues. And it will have long-term fuel storage in case of power outages," Bolner says.

"We are centrally located to service large markets in Texas, but also companies from the east or west that are looking to diversify their infrastructure for disaster recovery," says Shane Menking, Data Foundry's president and CFO. Notwithstanding the wildfires that torched the region in 2011, he's confident in the area's risk profile. "We feel we are avoiding all the disaster risks by being in Austin, which is below Tornado Alley," says Menking.

Another active data center developer in Texas is CyrusOne, a subsidiary of Cincinnati Bell. It recently acquired property that it plans to develop into the largest data center facility in Texas and one of the largest in the United States. The 30-acre (12-hectare) parcel just north of Dallas has a 700,000-sq.-ft. (65,030-sq.-m.) structure that CyrusOne plans to develop into 400,000 sq. ft. (37,160 sq. m.) of raised floor data center space and 60,000 sq. ft. (5,574 sq. m.) of Class A office space. The building is going to be constructed with the goal of becoming certified as LEED-Platinum.

Over the past 43 years, Acxiom has grown from a small data processing company to a large global marketing specialist. The Little Rock, Ark.-based firm employs more than 6,000 globally and 2,700 in Arkansas, most of whom are in Conway where the company was founded.

Acxiom, the largest marketing company in the U.S., is now embarking on a project to expand its digital offerings. The first phase involves hiring 150 people, most of whom will be located in central Arkansas.

"We specialize in targeted marketing," says Tim McKenna, the company's director of staffing. "We do that with direct mail and email, and our big push going forward will be to address all the new data that is available with smartphones and social media. We will build solutions and products that will help companies manage that data for good marketing decisions."

Acxiom will be hiring software developers, software testers, project managers and product managers. McKenna says hiring technical workers in Arkansas can be a challenge because the market is strong.

"We have a great relationship with many local universities, and a lot of times we will hire interns with computer systems backgrounds and hire them full-time when they graduate. We have 60 active interns right now."

"The creative economy is definitely growing rapidly, but it's relatively new to the state," Beckham says. "Oklahoma is a work in progress."

Quibids, which launched in 2009 with six employees, is certainly one of the stars in the state's creative economy. By early 2012, employment had risen to nearly 160.

"It takes companies like Quibids to help put Oklahoma on the map," Beckham says. "It's an ongoing battle. Eventually, if Oklahoma has five to 10 sizeable technology companies, it will naturally gain some momentum."

Quibids is expanding globally, with initial emphasis on other English-speaking countries such as Canada, the U.K. and Australia.

Quibids is developing the concept of "gameification" of shopping, Beckham says.

"We have the implementation of the gaming element through our website. Games are won through auctions," he says. "During the next few years, we will continue to build out the concept of entertainment shopping." 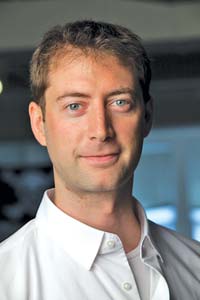 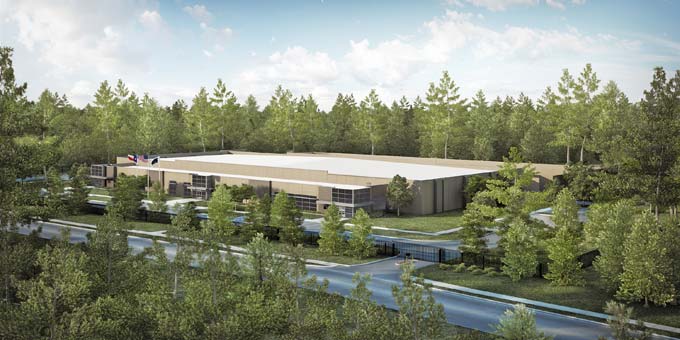 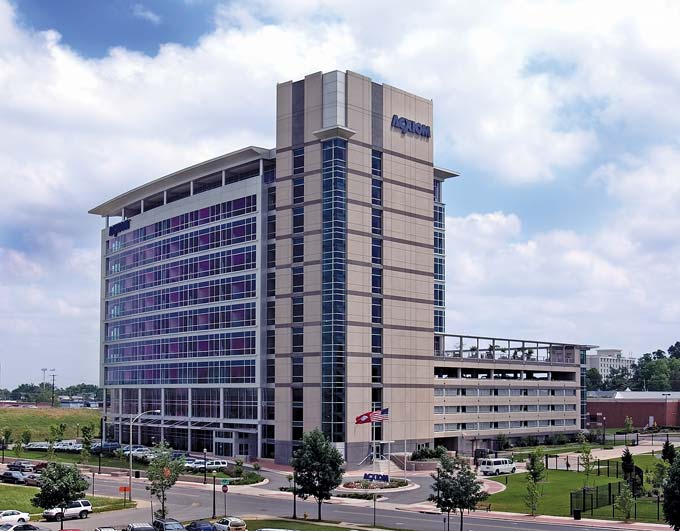 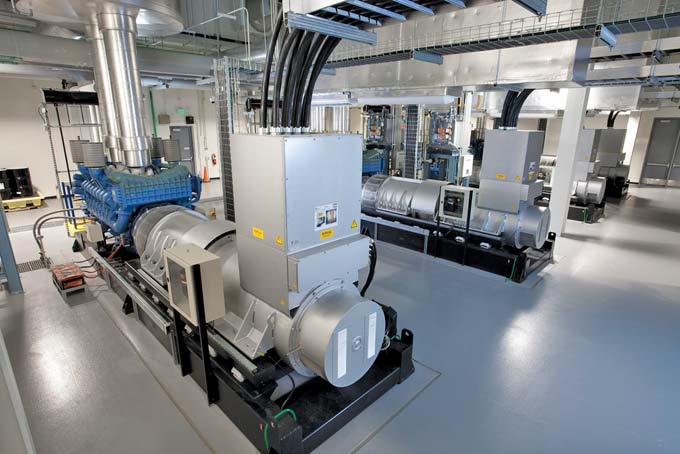 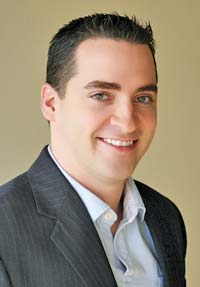