Pioneer investors in this African country make the case that
partnerships are the key to success.

Angola's capital of Luanda is the country's main commercial hub and center of manufacturing. Oil extraction is an emerging economic engine for Luanda, as is the telecom sector.
Photo courtesy Silje L. Bakke
by ROB DENMAN
A 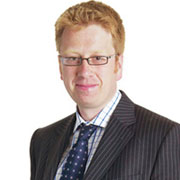 ngola has still to catch up with being oil rich and at peace with itself. A decade has passed since its long civil war ended, and in many ways it has made remarkable progress. Yet much remains to be done – from building infrastructure to reviving agriculture and raising much of its population out of poverty. But while the government is intent on rebuilding roads, railways, energy and water grids, it requires the right business climate to help that happen. Things need to improve. According to the OECD, Angola ranks 164th out of 183 countries for ease of doing business.

The world is cottoning on to Angola's potential beyond oil. Last year, U.S. trade to Angola increased 27 percent, accounted for primarily by aircraft exports. Meanwhile, IBM and Hewlett Packard (HP) opened new offices in Luanda during 2011 – both had done business in Angola for some time but saw opportunities for expansion.

Better air connections within and across Africa could be a key to greater prosperity. Hendrik Malan, operations director for Africa at business researchers Frost & Sullivan, says the current lack of intra-regional trade means it's up to individual countries whether the continent will "move into renaissance" over the next 10 to 20 years.

MITC, a leading Angolan business group focusing on agriculture, engineering, industry and financial services, gives some pointers to potential growth areas. Its plans include new investment in the agro-industry and hospitality sectors, operating some projects through international joint ventures.

While Angola has vast areas of high-potential agricultural land, farmers have been hamstrung by poor infrastructure and soil. But the government-backed 400,000-hectare (988,385-acre) Capanda agro-industrial zone, alongside a hydropower dam on the River Kwanza, points to a better future for self-sufficiency. Meanwhile, one MITC company, Agromundo, is already operating joint ventures through Lonhro to run a John Deere tractors dealership, and Omnia Chemicals to distribute fertilizers and other products.

"Angola is experiencing unprecedented growth which needs infrastructure of all kinds," says MITC. "Hotels at all price points are essential – in Luanda they experience extremely high occupancies and prices." Demand is growing too for hotel rooms in Angola's 18 provincial capitals.

Real estate is another field with potential according to consultants Colliers International, especially away from the high-end market. President Jose Eduardo dos Santos has called on the private sector to help build a million new homes by 2013.

But outsiders will want to know what they're letting themselves in for. Last year the government sought to address Angola's dubious reputation through a new investment law aimed at speeding up approval for foreign investment projects. As for corruption, Maria de Luisa Abrantes, President of the Angolan Agency for Private Investment, claims "serious" investors follow the laws and are not put off.

How Coca Cola's Gamble Paid Off

One firm that hasn't been deterred is Coca Cola, a pioneer investor who took a punt in 2000 towards the end of the civil war, spending $36 million on a plant near Luanda at Bom Jesus. Coca Cola's business model is to locate the ideal site – one with a good supply of water – build the factory, then find a local partner to run things on a franchise basis. "We keep control of the marketing, quality, distribution – the structure of what happens outside," says Angola national manager Artur Miranda. "If local people don't comply, we close the plant. We've done that in other countries."

Partnerships and joint ventures seem to be the secret of cracking Angola, though Coca Cola was forced to look to South Africa brewer SAB Miller to take over at Bom Jesus. "We usually prefer to work with individual entrepreneurs, but at the time there was no one else, no expertise in management and skills," says Miranda.

Another big Coca Cola investment in 2009 – almost $200 million – was at Funda, also a joint venture with SABMiller producing both cola and beer. "Finding land wasn't difficult because SABMiller had local partnerships," says Miranda. But still, he adds, there was a paucity of skilled staff, though some locals have now moved up into management.

The company plans to expand into other areas with local partners, producing juice, water, cordials and energy drinks. As for the ease of doing business, Miranda says it's improving but the right connections are essential. "You can't just come here and decide 'I'm going to set up.' It takes lobbying… you need to network.

"Outsiders have to invest at least $1 million, so they need a local partner to avoid having to spend that cash. It's a deliberate strategy by the government to stimulate joint ventures – they don't think local entrepreneurs are ready to face outside competition. We understand that but think things should be easier. In time, though, I think opportunities will open up."

Matthew Andrews, a London-based partner of international lawyers Hogan Lovells who advise the U.S.-Angola Chamber of Commerce, agrees that attracting people depends on the lead from the top. "There's a drive to encourage investment, but laws don't necessarily keep up with the political desire," he says. Andrews sees consumer goods as one of Angola's big growth opportunities along with telecoms. "You're starting from a very low functioning landline network," he says. "The revenue from paying upfront networks is remarkable – the cash is there before you've started the service."

The opportunity in telecoms is clear, as Angola leapfrogs ahead of more developed markets in digital infrastructure. A case in point is a $100-million project involving a Sino-African partnership with African service provider Movicel providing the on-the-ground work and Chinese phone manufacturer ZTE providing the handsets. This is the roll-out of leading mobile 4G technology across the oil producing region Cabinda and 15 other cities, including Luanda. This will result in business people in Luanda having access to faster mobile downloads than those in London and most of the world's leading business cities.

Hogan Lovells also became involved in developing Angola's burgeoning air industry by advising ECA Finance, lenders to Fly540, an airline venture part-owned by Lonrho, which has set up flight operations across Africa. In Angola, Fly540 is taking aircraft on long-term leases to service both domestic destinations, such as oil centers, and the intra-African market.

It's been a challenging exercise. "From a lending money perspective, there's no real precedent – laws aren't tailored for what you're trying to do," says Andrews. "Lawyers will highlight the risks involved, but if you just look at the risks, you wouldn't go into those places. I think there will be more certainty in time but things take time to evolve."