Proximity to the federal capital is purely coincidental ­— but beneficial,
says Gov. McDonnell, who has a new economic development
success story to tell investors domestic and international. 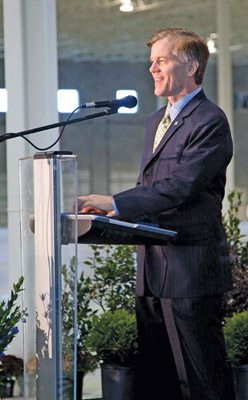 In October 2011, Gov. Bob McDonnell called Vermont-based Green Mountain Coffee Roasters’ announcement that it would invest $180 million in a new production and distribution facility “transformational for Isle of Wight County.” As many as 800 employees will work at the facility, the company estimates, adding substantially to the state’s food and beverage industry cluster.
B

y claiming first place in Site Selection's annual ranking of state competitiveness, Virginia proved that second place merely means there's room for improvement. The Commonwealth lost no ground and gained what little there was to gain from its runner-up finish in 2010 with a best-in-class finish for economic development success in 2011. Based largely on the magazine's New Plant database of new and expanded facility announcements, this measure is as forward looking as it is a recognition of business-attraction activity last year (see the methodology box for a full description of index components). It points to a steady supply of new jobs on the horizon from the suburbs of Washington, D.C., to the military/maritime economy of the state's southeast to the western economy anchored by the Roanoke Valley to the south-central tobacco counties landing major data center projects.

The Virginia Economic Development Partnership and Governor Bob McDonnell have demonstrated that a pro-business, get-the-word-out strategy coupled with a predictable, low-tax business climate result in a competitive edge that is quantifiable. Through another prism, the American Legislative Exchange Council (ALEC)-Laffer State Economic Outlook Ranking 2012, released in April, ranks Virginia third behind Utah and South Dakota. This 15-criteria measure ranks states mainly on their tax policy as a measure of state competitiveness; workers' comp costs, right-to-work status and quality of the state legal system are among the criteria. The report was co-authored by noted economist Dr. Arthur B. Laffer, Wall Street Journal editorial board member and economist Stephen Moore and ALEC's Jonathan Williams, director of the public policy group's Center for Fiscal Reform and the Tax and Fiscal Policy Task Force.

Let's turn back to Site Selection measures. Virginia ranked fifth in this year's Governor's Cup — the measure of total qualified new and expanded facility announcements the previous calendar year — with 273. It placed 10th the previous year with 190 projects, defined as those meeting one or more of these criteria: a minimum capital investment of US$1 million, 50 or more new jobs or 20,000 sq. ft. (1,860 sq. m.) of new construction. And Virginia ranked fourth in Site Selection's annual Business Climate Ranking for 2011 (see the November 2011 issue), a tie with its 2010 business climate finish. Virginia is clearly competitive.

"We've worked very hard these past two years to bolster Virginia's reputation as a place to work and relocate businesses to, and we've earned some high spots on various measures of that," Gov. McDonnell told Site Selection upon arriving in New York to begin a three-day trade mission to that state and to Quebec. "But this Competitiveness Award recognition is terrific, as we have put a lot of money into economic development incentives and grants and are spending a lot of time on the road telling Virginia's story."

His state is competitive because it has the fundamentals businesses require, says the governor.

"They want a reasonable and predictable climate with respect to taxes, regulation and lawsuits, and we're doing very well in those areas," says McDonnell. "And we're a right-to-work state, which I always put at the top of the list. We have world-class universities and a positive attitude in the executive and legislative branches — we're very bullish on business, particularly small business — I've declared 2012 the Year of the Entrepreneur so we can create more small-business opportunities. Perhaps most importantly, we're taking this story on the road with multiple trade missions around the country and recent missions to Japan, Korea, China, India, France and Israel. We're working to make the sale."

Politically, Virginia's proximity to Washington, D.C., is purely geographical, notes the one-term-limited governor, who in April was reportedly under consideration by the Romney campaign as a possible running mate on the Republican presidential ticket. But that proximity is a definite asset in terms of economic development.

"It doesn't hurt with respect to people interested in defense contracting, aerospace, biotech and technology, which have ties to the federal government," he says. "We're the East Coast hub for technology with more tech workers per capita than any place in America. I've established a goal of Virginia being the energy capital of the East Coast. So it's about branding, but it's also about a lot of hard work by our economic development people explaining Virginia's case for being a great place in which to do business."

The governor says that although "Virginia doesn't have as rich a series of incentives as other states, when people look at taxes, regulation, litigation and right to work, there is so much of an advantage here they are willing to look at less incentives upfront."

One tool at his disposal is the often-deal-closing, recently doubled Governor's Opportunity Fund that helps companies offset relocation and other costs. McDonnell says other recent measures include enhanced coordination between state and local government in economic development efforts; new tax credits in such sectors as film, wineries, technology (angel investor tax credits) and aerospace; and site-preparation credits for manufacturers, among others.

Amazon and Microsoft are among the companies with major new data centers in Virginia. Other corporate newcomers from outside the Commonwealth include Hilton, Northrop Grumman and Green Mountain Coffee Roasters, Inc.

"In the long run," says the governor, "capital investors want a stable, reliable partner and a great business climate." 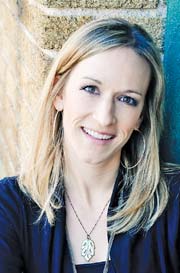 hat do site selectors think of Virginia as a competitive location for business? For an out-of-state perspective, Site Selection spoke with Brooke Gibson, an industrial broker in the Charlotte, N.C., office of Hart Corporation, an international, industrial real estate company, who specializes in the Carolinas and Virginia. North and South Carolina are perfectly suitable for many companies, as are other Eastern Seaboard states, she maintains, but Virginia has some advantages worth noting.

Taxes: "Virginia's corporate income tax rate has been 6 percent since 1972, which is on the lower end, but that's important these days with so much uncertainty in our political environment," says Gibson. "Companies are searching for a business climate that is solid and stable, something they can count on."

Port of Virginia: "Virginia's port [at Norfolk] is already 50 feet," says Gibson, noting that other Southeast ports are dredging now in preparation for post-Panamax ships requiring deep water. "This could be a huge asset relative to the Carolina ports."

Right to Work: No advantage over the Carolinas, which are also right to work, but a competitive edge nationally as one of 23 states with the provision Gibson considers "a huge incentive for the majority of manufacturing companies. It's one of the top three criteria many companies look at."

Electricity rates: Gibson says rates are comparatively low in Virginia, which is "of importance to high-end users of electricity — they will look at that closely."

Rail infrastructure: "The Heartland Corridor rail line [a multi-state, public-private partnership] between the Port of Virginia and Chicago makes possible double-stacked rail cars, and cuts the travel time to 48 hours."

Governor's Opportunity Fund: Gibson says she knows of plenty of cases where projects went to Virginia due to this deal-closing incentive Gov. McDonnell can use to spur job creation. "It has put Virginia over the edge with projects involving large job numbers."

Broadband: The Mid-Atlantic Broadband Cooperative is an 800-mile fiber-optic network funded by tobacco-settlement funds for economic development initiatives. "This has attracted a lot of heavy data users — like data centers — in rural areas of the state," notes Gibson..