Gov. Branstad has a four-point plan to boost his state’s business climate.

eremonial groundbreakings, a usually reliable barometer of economic development success, have been coming fast and furious, and that suits him just fine. The state's longest serving governor, Branstad began his fifth term as Iowa's chief executive in 2011 after serving four terms between 1983 and 1999.

"I gave up a great job as president of Des Moines University that pays more than twice as much as governor because I was sick about the financial mess the state was in," Branstad tells Site Selection. "We've worked to restore predictability of state funding. We are spending less than we take in and are eliminating deficits. We are getting things back on track, and got a lot accomplished last year." 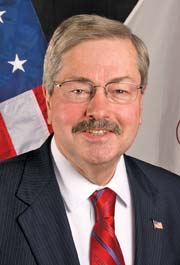 Branstad takes considerable pride in the fact that Iowa's jobless rate declined from 8.5 percent to 2.5 percent during his first tenure. The rate is again on a downward slope, dropping from 6.2 percent to 5.4 percent since he took office in January 2011.

"I'm not satisfied with that," Branstad says, noting that his administration has a goal of creating 200,000 jobs over the next five years. "I think we can do a lot better. We have a diversified manufacturing base, and we're working to build on that."

In March alone, Branstad was on hand for this array of groundbreakings:

″  Valent Biosciences, which is investing $146 million in a new plant in Osage;

″  A $300-million, 150-job expansion of Alcoa's Davenport Works plant to meet rising demand for aluminum by the automotive industry;

″ POET-DSM Advanced Biofuels plant in Emmitsburg, which will be one of the first facilities to commercialize cellulosic ethanol;

Branstad touts Iowa's strong Midwestern work ethic, a robust job training program, a favorable tax climate and its status as a right-to-work state as among its biggest draws, but he says the key to continued success is getting companies to notice the state.

"We've got to get out and call on the right people and get our message across," Branstad says. "The lieutenant governor [Kim Reynolds] and I travel a lot domestically and internationally."

Branstad says the Iowa Economic Development Authority, a public-private partnership he proposed and got approved by the legislature last year to replace the former Department of Economic Development, has been proactive in its industry recruitment. He says four pieces of his Jobs Action plan that he has before the Legislature will help: 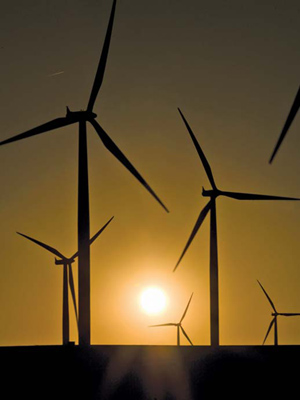 ″  A plan to reduce commercial and industrial property taxes by 40 percent over the next eight years;

″  A replacement for the Grow Iowa Values Fund to be funded with a new $25-million annual investment in the state's existing High Quality Jobs Program;

″  Legislation that would benefit suppliers to large companies such as John Deere by cutting corporate income taxes for smaller manufacturers' income from sales to anchor manufacturers within Iowa;

″  Legislation that will encourage the formation of Employee Stock Option Plans (ESOP) to encourage the sale of local businesses to its employees when owners retire.

Debi Durham, director of the Iowa Economic Development Authority, says there is a major need for the ESOP program.

"In small communities there is usually a single employer paying the highest wages who started as an entrepreneur," Durham says. "They are at a transition point with no family to come in. We assembled a strong ESOP team of bankers, CPAs and principal financial institutions to develop a piece of legislation that will take $1 million to help employers do a due diligence on the back end. From what I understand we are the first state taking this comprehensive approach to ESOP, and other states are interested. We feel if we can do 10 to 15 a year that would be a good strategy."

While the state is making strides in advanced manufacturing, much of Iowa's current economic growth is tied to its bellwether agriculture sector in one form or another. 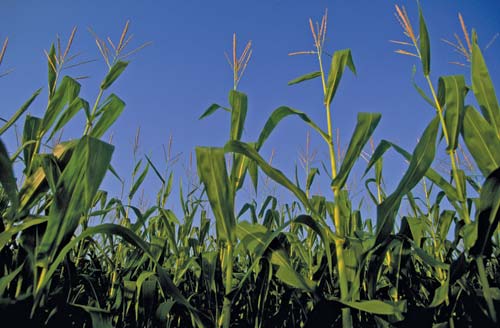 Iowa is building on its agriculture-based economy.
Photo by Andrea Booher, courtesy of the Iowa Economic Development Authority

Valent Biosciences plans to start up its plant in Osage, just south of the state line with Minnesota, during the second quarter of 2014. The new plant will be the first ever full-scale manufacturing facility designed and constructed specifically for production of biorational products. Biorationals are derived from natural or biological origins and used in agricultural, public health and forestry applications. Valent is located across the street from A to Z Drying, which will finish, pack and ship Valent's products.

Tom Green, Valent Biosciences' vice president of global supply chain and manufacturing, says when his company decided to build a new manufacturing facility, it made sense to build it near where its products are finished. Valent currently manufactures in North Chicago. Its headquarters will remain in Libertyville, Ill.

"We didn't pursue other sites seriously," Green says. "We have extremely low transportation costs. What tipped the balance was our strong relationship with the Mitchell County Economic Development Commission. They did a wonderful job of breaking through all the red tape." 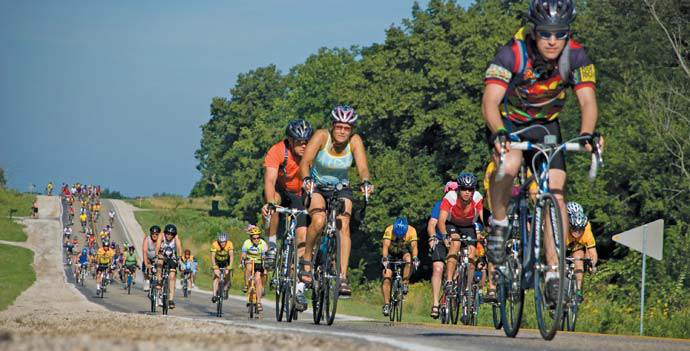 Total direct spending by those in Iowa for RAGBRAI (Register’s Annual Great Bicycle Ride Across Iowa) was recently estimated at $16.9 million. The event is celebrating its 40th anniversary this year.

CJ America, the U.S. subsidiary of Korea's CJ Cheiljedang Corp., is building a $324-million, 180-employee plant near Fort Dodge, located just west of I-35 and north of Des Moines. The company, which will produce amino acids for animal feed, plans a groundbreaking in mid-May, says Lance Choi, a CJ America vice president. Choi says his company selected the site in the North Central Ag Industrial Park west of Fort Dodge due to its proximity to Cargill, which purchased its corn wet mill ethanol plant from Tate & Lyle last year. Cargill plans to begin production later this year and employ about 100 as it ramps up production.

"Our raw material is corn sugar," Choi says. "Iowa is one of the biggest corn growing states and we also wanted to be near our markets."

The largest economic development project in the state's history could be under way by the end of the year in the far southeast corner of the state along the Mississippi River. Iowa Fertilizer Company, a subsidiary of Egypt-based Orascom Construction Industries, which is one of the world's largest fertilizer producers, plans a $1.3-billion fertilizer plant in Lee County, which will create 165 jobs.

The company is currently going through the permitting process and hopes to be constructing the plant by the end of the year. The plant would supply ammonia and other nitrogen fertilizers to farmers in Iowa and the Midwest. The project would create 1,500-2,000 construction-related jobs.

Orascom plans to invest $100 million in the project with $1.2 billion being financed from Midwestern Disaster Area Bonds, part of the Heartland Disaster Tax Relief Act (HDTRA) of 2008, which provides assistance to areas in the Midwest that suffered severe storms, tornadoes and flooding in the spring and summer of 2008.

"We are very pleased to see a project of this significance land in that county," Durham says. "These are very high quality jobs."