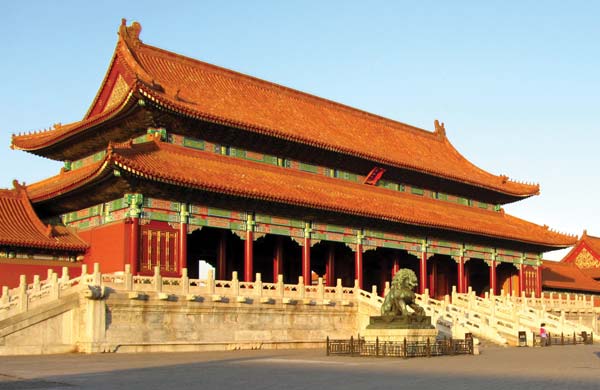 Honorable Mentions include Bridgestone in Hai Phong City, Vietnam; Hankook Tire in Bekasi, Indonesia; Merck & Co. in Beijing, China; and Nokia Siemens Networks in Quezon City, Philippines. These cities may one day rank in the region's Best to Invest metros, too, as more corporate investors take notice of what brought this crop of projects to town.

The 2012 edition of Competitive Alternatives, KPMG's Guide to International Business Location Costs, compiled by KPMG and MMK Consulting, includes cities in China and India in its analysis of more than 110 metros in 14 countries (The full report is accessible at CompetitiveAlternatives.com), as well as Brazil and Russia, the other BRIC countries. The report studies the combined impact of 26 cost components in the context of 19 business lines, including, this year for the first time, advanced battery/fuel cell manufacturing, video game production and international financial services.

It ranks the mature Asia-Pacific cities competitive in this order: Adelaide, Brisbane, Melbourne and Sydney, Australia; followed by Osaka and Tokyo, Japan. High-growth markets in the region are dominated by Asia-Pacific locations — Chengdu, China, is first, followed by Chennai, India; Shanghai and Mumbai as the top four metros on a list of 10 high-growth cities around the world. In other words, by this analysis, large metros in the region are more cost competitive than large metros elsewhere, including Mexico City and Monterrey in Mexico, as well as São Paulo, Brazil, and Moscow and Saint Petersburg, in Russia. 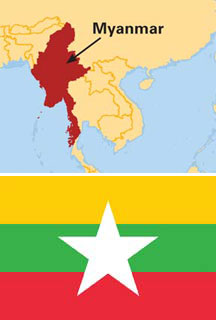 usiness and Investment Opportunities in the 'New' Myanmar" is a new report from New York-based trade and business development consultancy KWR International, Inc., that highlights the significant transformation now taking place in Myanmar, "a resource-rich nation, which possesses significant natural gas and oil reserves, 80 percent of the world's teak supply, precious gemstones and metallic minerals and substantial fertile land for agriculture," according to a KWR press release.

Myanmar's geographic location is ideal for commerce with China, India and other parts of Southeast Asia with coastal access providing an opportunity to become a central shipping country and a major actor in international and regional trade, the report maintains. Its large population of more than 55 million also provides it with the labor force necessary to develop a proficient manufacturing sector and constitutes a sizeable consumer market.

"Having spent many years following Myanmar since I began dedicating myself to developing business and investment with the country in the 1980s, I am pleased KWR has begun to support companies and investors as they seek to better understand, and gain exposure to, this attractive and largely unknown market," notes Keith Rabin, president of KWR International. "This initial report is designed to provide perspective on recent developments in Myanmar and how companies and investors can begin positioning themselves to take advantage of the opportunities now emerging. Following a trip to Myanmar this month [April] for discussions with business and government leaders, we plan to supplement this first briefing with sectorally focused reports. This will help to provide the data needed to plan and justify market entry and investments in tourism, technology, telecom, resources, manufacturing, services and the other areas addressed within this study."

The report examines a number of regional catalysts that promise to reinforce and provide additional depth and momentum to Myanmar's reform efforts. These include Myanmar's hosting of the Southeast Asia (SEA) Games in 2013, its chairmanship of the 2014 Association of Southeast Asian Nations (ASEAN) Summit, and movement toward a region-wide ASEAN Economic Community (AEC) in 2015. The AEC will give rise to expanded trade and investment in a region with a region-wide GDP of about US$1.5 trillion. Learn more about the report and about business and investment opportunities in Myanmar at www.myanmarbusinessdevelopment.com. 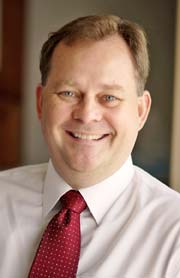 by JOHN EVANS
A

fter more than 20 years of isolation, Myanmar's ruling oligarchs have planted the seeds of political change and economic growth. The elections that took place on 1 April were not a cruel April Fools' Day joke but the first real elections in more than two decades. Long-time political dissident Aung San Suu Kyi led her National League for Democracy party to victory in 43 of 44 seats it contested. International leaders from U.S. Secretary of State Hilary Clinton to U.K. Prime Minister David Cameron made recent visits to the impoverished nation in attempts to nurture the growth of nascent democratic reforms.

These political reforms have enthused foreign investors to target one of the last untapped economies as it seeks to join the most economically vibrant region in the world. Opportunities for foreign investors are seemingly limitless, including natural resources — oil, natural gas, timber and minerals. Not to mention a domestic consumer market, which is expected to grow rapidly owing to large population of more than 54 million where almost everything will be in demand.

Bold moves to liberalize the economic climate are being undertaken, including the recent unified exchange rate which saw the kyat devalued from 6 to 818 to the U.S. dollar. Also compelling is the draft investment bill which should begin to codify investment opportunities in the country. Some provisions include a five-year tax holiday for foreign investors, 100-percent profit repatriation allowances, government guarantees against nationalization, land ownership and usage rights and other key items that will entice foreign investors.

Myanmar could follow the development route of either of its Southeast Asian neighbors — Vietnam or Cambodia. The lifting of the U.S. embargo on Vietnam in 1994 created a mad rush of investors into the country without the hard or soft infrastructure to support it, which led many pioneering multinational investors to stumble. Subsequent economic reforms modeled after China encouraged private-sector growth, which has driven the economy at a brisk pace over the past decade, despite being still hamstrung by a highly bureaucratic government. Cambodia's initial democratization in 1993 did not arrive with much fanfare, a small population still reeling from two decades of war and a nonexistent infrastructure, was not a destination for foreign investment. However, the stability of an autocratic prime minister for more than two decades has resulted in the opening of the economy and its transformation into one of the most liberal trade and investment regimes in the world.

While Myanmar's economic and political unfolding may be new, the lessons that foreign investors should heed are not. While pioneers get access to the best opportunities, making good decisions about where and how to invest requires a careful analysis of the opportunities, structuring the investment to take maximum advantage of it and timing it for long-term success.