A Surplus of Riches

From huge energy reserves to a record state balance, Montana lures companies with an aggressive recruitment pitch and a frequent-flyer recruiter. 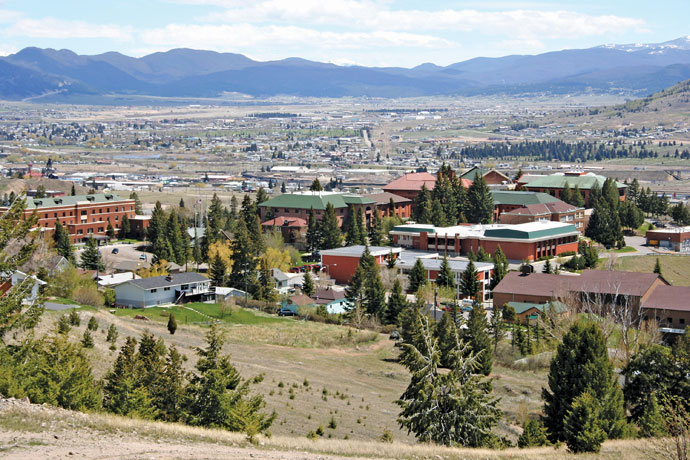 Butte is home to Montana Tech University, which supplies strong talent for REC Silicon, among others.
by RON STARNER
"M

REC Silicon employs about 300 workers making polysilicon in Butte for the solar and semiconductor industries.
Photo courtesy of REC Silicon

ontana is in pretty good shape."

That may be Gov. Brian Schweitzer's understatement of the century, if recent objective measurements are accurate.

The list goes on, but Schweitzer makes it clear that he is not content with reaching these benchmarks only. "I am not done recruiting industry to my state," he says. "I have been to New York, Los Angeles, Texas, Colorado, Spain, Germany, Israel and many other places. If the governor of Montana gets off the plane in your town, you should immediately arrest him, because he is there to recruit companies to come to Montana."

The state's business climate starts with its fiscal policy, the governor notes. "We have the largest cumulative budget surplus in state history," he says. "We have cut more taxes for businesses and homeowners than at any time in our past. We have invested more in education. We have gone the longest period of time in our history without raising tuition. And we are awarding more online credits for college than at any point in our history."

Lately, Montana has been experiencing more good times than bad. This is most evident in the state's current explosion in energy industry investments. Montana is a hot market now for coal reserves, shale gas plays, oil fields and wind farms.

"We have been an oil and gas and coal producer for many years," Schweitzer says. "Our taxes are so low on oil and gas that even when we have a boom it doesn't generate a lot of new tax revenue. Montana does not have a tax for 18 months when you drill a new horizontal fractured well. Only 1.6 percent of our state revenue comes from oil and gas."

As a result, energy companies find Montana a safe haven for investment. A case in point is REC Silicon, which manufactures polysilicon in Butte for the solar and semiconductor industries.

"We started up in 1998 and we are right around 300 workers in Butte now," says Brian Sullivan, engineering department manager for REC Silicon. "We have 50 acres total for our plant site, including 10 acres under roof. From 2006 to 2009, we went through an effort to optimize our runs and increase our production." 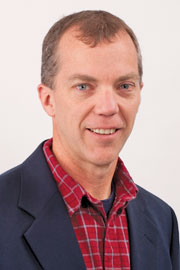 Sullivan says the plant's location in Butte gives REC a competitive advantage. "We are on the Interstate 90 and Interstate 15 corridors and we are close to the Port of Montana, which is a free trade zone," he says. "That is a huge positive. We are located close to Montana Tech in Butte and centrally located between Missoula and Bozeman, so we have proximity to Montana University and Montana State. From a technical level, the work force in this region is excellent. With the education that is available to us, the work force has very solid technical resources that we employ."

Sullivan says he likes being in a "small, strong community" with a stable labor market. "If there is any wage pressure from the oil and gas boom, I haven't seen it here in Butte," he notes. "We are not seeing the impact on wages from the oil fields in Eastern Montana as much as they are experiencing it in other markets."

Sullivan adds that local economic development officials support private industry expansion efforts in Butte. "We receive a lot of support in Montana," he says. "We worked very closely with the Tax Increment Financing Industrial District west of Butte to qualify for bonds to upgrade our substation. That was a big deal for us because our industry needs energy reliability. Collaboratively, we worked with our partners at Northwest Energy to improve the substation. That was completed three months ago."

The new facility, just off Interstates 15 and 90, allows FedEx Freight to enhance its less-than-truckload services in the local Butte market. The facility also serves as a gateway for Canadian shipments to and from Edmonton and Calgary, Alberta.

"Butte is a key location in our network to serve the needs of our customers," said Michael Zanolli, vice president of regional operations for FedEx Freight. "Not only is it a central hub for the Northwest that enables us to deliver our customers' FedEx Freight Priority shipments faster, but it also plays a vital role in our Canadian network. Every shipment FedEx Freight handles that is destined for or coming from Alberta travels through Butte."

The 24-acre (9.7-hectare) site has 65 dock doors and represents a significant expansion from the previous FedEx Freight facility in the area.

The Port of Montana is located inside the industrial park and is serviced by BNSF and Union Pacific railways. "We just finished a seven-mile [11.2-km.] wastewater line which further enhances our infrastructure," says Rosa.

"The Butte economy is very stable now," she adds. "We are an old mining town. Our nickname is 'The Richest Hill on Earth.' We had a lot of copper here. That is why Butte was developed. It was a big part of electrifying the U.S. in the early 1900s. We have worked very hard to diversify our economy, and that has stabilized our community of 34,000 people."

Butte also boasts one of the top-ranked engineering colleges in the nation at Montana Tech. "It produces petroleum and mining engineers and it has expanded into the medical field," says Rosa. "It has a great nursing program too."

In many ways, says Rosa, community leaders feel like Butte has turned the corner. "Everything takes time," she notes. "We now feel like we can go out and be much more proactive in selling our community and marketing our industrial park. We are getting very close to having shovel-ready sites."

Huge incentives makes Montana attractive to certain firms. "If you are in a renewable energy field, your property taxes are cut in half in Montana. That has been a focus of our state government," Rosa says. "With the TIF provision, we have some very good local incentives for companies to move into the area. We have the ability to directly incentivize companies and not have to go through a long bonding procedure."

Rosa adds that Butte is "a great up and coming community. We are on the verge."

The governor says that the same is true of his state. "Other states have pulled back on their tourism promotion, but we have increased ours," Schweitzer says. "We had 10.5 million tourists visit Montana last year. We will have 11 million this year. We have an 85 percent hotel occupancy rate — the highest in America."

On incentive programs, the governor says that "we will not bid our way to the bottom. We will spend up to $10,000 per employee to train workers to prepare for a job in Montana. That is a win-win. It is a very competitive environment worldwide, and human capital is more important than anything else."

Expedited permitting is a big incentive to locate in Montana, says Schweitzer. "When we compare ourselves to Alberta and North Dakota and Wyoming, we can approve a new well up to 25 percent faster than they can. It takes less than 365 days to go from application to opening a new coal mine in Montana. Transmission lines and pipelines are also a lot easier to permit in our state."

The governor says his pitch to executives is simple: "I have been to 53 countries. Montana is the best place to start a business, raise a family and grow your company. Our public schools are better than most places' private schools. We have safe communities and no traffic, and we have inexpensive electricity. Plus, all kinds of recreation and outdoor activities are available here. In my view, Montana is the best place in the world." 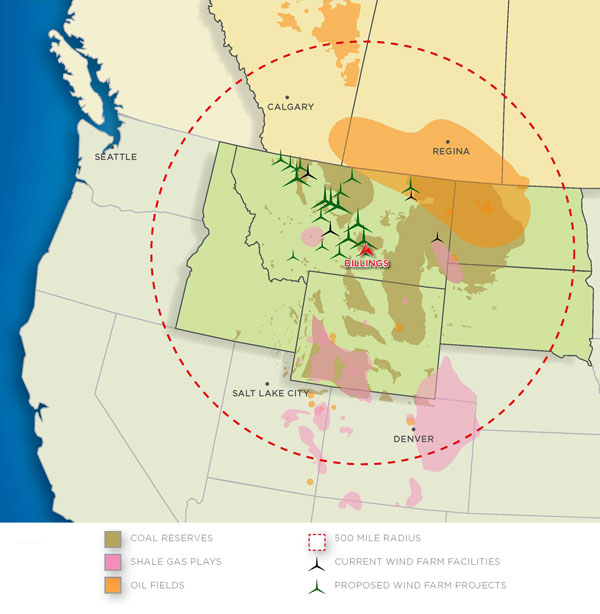