Canada’s largest financial center is climbing global rankings thanks in part to a unique and healthy dialogue between regulators and the regulated. 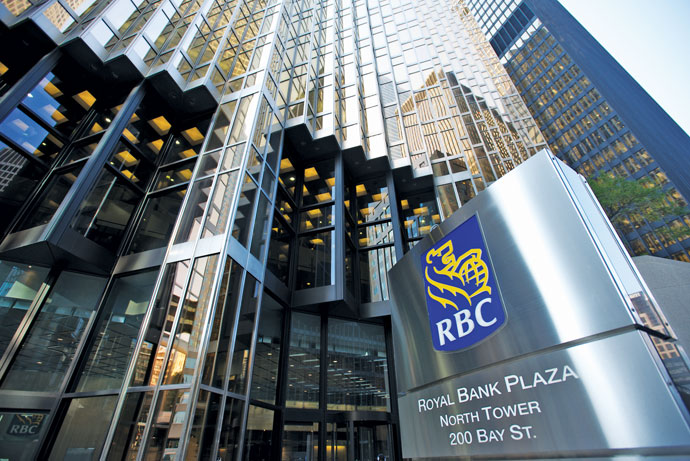 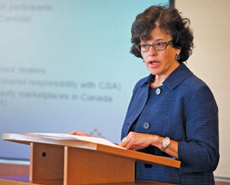 utual respect between regulators and financial institutions, an abundance of risk management expertise and a savvy, diverse work force are putting Toronto — Ontario's capital and Canada's chief financial center — in an enviable position. It's 10th in the world in the Global Financial Centres Index released in March 2012, which tracks the shifting competitiveness of 77 world financial centers. The index is based on external analyses of competitive factors (people, business environment, infrastructure, market access and general competitiveness) and a survey of financial services professionals. The latter reveals a fourth-place finish for Toronto among respondents to a question about which financial centers will become more significant.

The most recent Cities of Opportunity report from PricewaterhouseCoopers and the Partnership for New York City ranks Toronto third out of 27 world financial centers and second in several of the report's subcategories. Toronto also scores well in KPMG's Competitive Alternatives Special Report: Focus on Tax with the fifth lowest total tax index score of 55 world cities.

Just as impressive has been the skill with which Toronto's financial sector navigated the economic crisis of the past several years, in spite of its proximity to and interconnectedness with the U.S. economy.

"One of the reasons Canada's financial system managed to get out of the crisis relatively unscathed is because of a good regulatory framework and a collaborative effort between the regulators, the policy makers and the financial companies," says Janet Ecker, president of the Toronto Financial Services Alliance and a former Minister of Finance for the Province of Ontario. "This doesn't mean they are friends, in fact there is creative tension there as there should be. But they can work collaboratively. What you don't see in Canada is a lot of regulatory reform motivated by politics. It's about having a better relationship with the sector so we can solve problems."

Susan Wolburgh Jenah, president and CEO of the Investment Industry Regulatory Organization of Canada, a self-regulatory organization overseeing Canada's broker-dealers, puts it this way: "Our financial regulatory oversight framework is credited with playing a significant role — not the only factor, but an important one. We spend a lot of time looking at rules and whether they are appropriately positioned, whether they allow for competition to occur, but always against the backdrop of what is essential for investor protection. Because Canada is relatively small in global terms, and because we are adjacent to the largest financial market in the world, it is natural that we look at what is going on in the U.S., and in many cases benefit from learning from their experiences and avoiding some of the issues they've had to deal with."

Government entities and private sector financial companies spend a significant amount of time addressing market practices and risk management, the latter being the focus of the Global Risk Institute, a public-private partnership of financial sector companies, government agencies and educators. 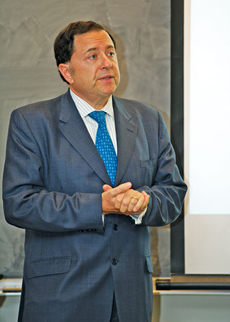 "Part of what we've learned from the financial crisis is that risk is a multi-headed beast," says Michel G. Maila, Ph.D., president and CEO of the Global Risk Institute. "If you analyze things in a silo or take one risk at a time, you don't capture the important points. Understanding risk and managing it in an integrated way is something that is not being done very well in most countries today. Lack of integration or aggregation of risks in many financial institutions is probably the single largest component in their failures, where many did not realize how much exposure they had in different parts of their organizations around the world to the same risks.

"We want the Canadian financial services sector to remain at the leading edge along with the top notch countries that have not had problems in the recent financial crisis," continues Maila. "That comes down to people and their risk literacy as we call it, not just in management of financial institutions but also in the public sector, the regulators, the ministries and the central bank, and also the boards of the financial institutions. Consumers here in Toronto and in Ontario and in Canada very much understand and have appreciation for why a strong financial system is important. The financial companies here have a sense of accountability, like a public utility, because they are big and are profit centers and have histories with this country, and that has helped them survive." 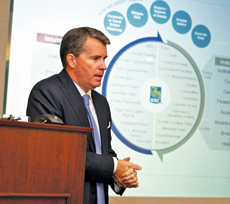 Financial industry regulators and the regulated are normally of two separate and distinct camps. But all pertinent parties in Toronto appreciate the dexterity with which this commercial hub weathered recent global economic turmoil. "Our regulators have done an exceptional job in the financial crisis," says J. Greg Mills, managing director, RBC Capital Markets, and co-head of the bank's global equities division. RBC is the largest financial services firm in Canada, employing 80,000 people worldwide. "A weaker regulator could have allowed activities that would have had unintended consequences, that would not have worked out as well as they did. We have a lot of conversations with OFSI [the Office of the Superintendant of Financial Institutions – Canada's primary bank regulator] on the symmetry in regulatory policy globally, to position Canada as a leader in the global financial services sector, to put policies in place that make us competitive. We do
have a constructive relationship with them, but they are quite determined to make sure that the reputation they have earned over the last four or five years is one they protect and continue to have."

Can Toronto remain as immune to financial and economic crises as it appears to be in the future? The city itself will continue to attract financial industry workers, say representatives of Toronto's asset management sector, so industry expertise will not diminish. "One finds here a tremendous amount of stability and great access to a very educated work force," says Jean-Francois Courville, president and CEO of Manulife Asset Management, the investment management division of Toronto-based Manulife Financial, which has operations in 22 countries and assets under management of more than $500 billion. "The cost of living and the cost of employment is quite low. Toronto is multilingual and very diversified. Our population of employees here in Toronto and in Boston [Manulife acquired Boston-based John Hancock Financial in 2004], and Asia reflects the global map in which we operate." 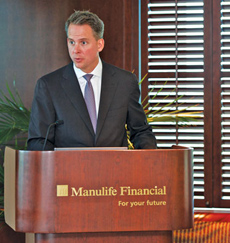 Courville says Canada "will have to be aggressive" relative to other global financial markets if it wants to remain competitive with larger players. "The demographics are leaning our way positively and geo-politically. At the end of the day we will need to have more global champions developing from here." Toronto's culture of collaboration and conservative competition has served it well. "A lot of companies like to pat themselves on the back and say they weathered it better than everyone else by intent, but there are good regulators too. We come out of this with a lot of respect for our financial institutions, our regulators and central bank. But there is no question competition will be fierce."

"The regulators have done a lot of things right," says Teri Currie, group head, direct channels, corporate people strategies at TD Bank Group. "There's a very balanced and thoughtful approach in terms of how rules get implemented in Canada. On the issue of capital, clearly OFSI has taken a lead in being there sooner with the Canadian banks versus over time. That proved to be a good strategy, to have a strong regulatory framework going into the crisis. There are always issues of regulation we debate, but it is a healthy and constructive debate." 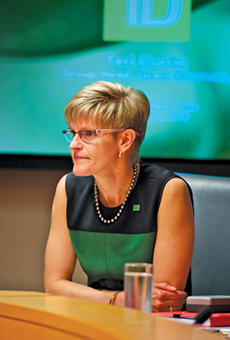 Gordon Forrester, executive vice president, product and marketing, and head of retail at Toronto-based AGF Investments Inc., concurs. "Canada is wonderfully respected across the globe, it has 35 million people and is very culturally diverse with a highly educated work force. There is a lot of appeal to coming to Toronto to live. It's a very well run banking sector and asset management industry, so it has a lot of credibility globally.

Forrester, too, gives Ontario's financial regulators high marks. "There is a very strong regulatory culture here, a strong environment, and in a fiduciary business, that's always something that is welcome from an investor's standpoint and from that of a firm like ours," he points out. "The regulators here are supportive. They look at what's going on in other countries in terms of regulatory developments, from an innovation standpoint and technique standpoint in the asset management business in Canada. They have a good pulse on what's going on outside Canada.

"They get that this is a fast-paced, evolving business," he says, "and they will support responsible innovation." 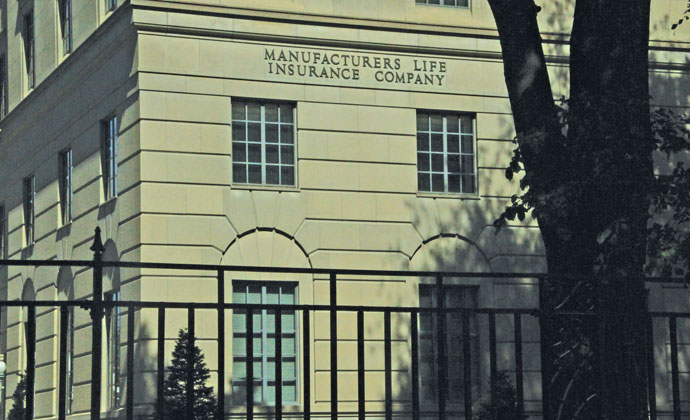