“We Will Live By This” 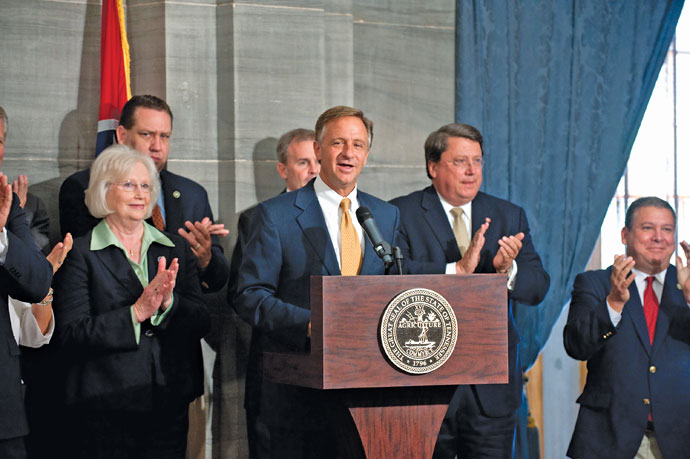 he day before convening the 59th Annual Governor's Conference in October, Tennessee Gov. Bill Haslam spoke with Site Selection Editor Mark Arend about his state's business climate (eighth best again this year, according to the magazine's annual ranking), his first two years as governor and what it will take for businesses to ramp up their capital investment programs. Some aren't waiting. In September, healthcare giant HCA Holdings announced a 2,000-job expansion in Nashville. As this issue went to press, Nike was negotiating a $301-million expansion project in Memphis that would retain 1,600 jobs and create 250 new ones.

An early initiative of Gov. Haslam's tenure was a statewide Top to Bottom Review of departments with the aim of reviewing procedures and goals to make them more effective and responsive to their constituents. Recommendations for improvements resulted, most of which have already been completed in the case of the Economic & Community Development department. 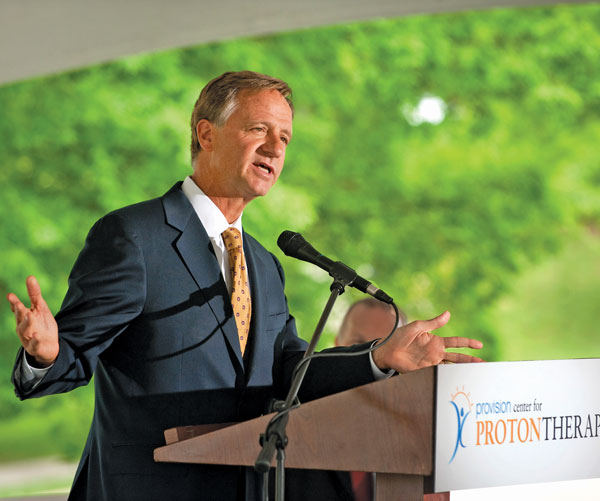 Site Selection: What is the significance of the Top to Bottom Review initiative as it pertains to your economic development agenda?

Gov. Haslam: The Top to Bottom Review exercise was not something we would complete and then not look at again — we will live by this. So whether it's dividing the state up by regions, focusing on existing businesses, reaching a little more into our rural communities, where we have been hit a little bit harder — those are the things we have focused on. It's still a difficult environment, but I feel good about the progress we have made. There are requests to go in different directions from everybody from local economic development folks to site selection people to businesses. It's important to be clear about where we as a state want to focus as we make do with limited resources.

SS: What do existing businesses tell you they are looking for as they consider their operations in Tennessee?

Gov. Haslam: We've become strong in the advanced manufacturing sector, so the constant message from businesses there is to keep producing a qualified work force. At the end of the day, that's what we have the most conversations about with companies, and what we focus on most. The second is the regulatory climate. We have spent a lot of time going around the state meeting with businesses large and small in every region about what we could do differently with respect to the regulatory climate. It turns out that most of their regulatory issues were federal in nature rather than state. There were a couple of things we had already addressed or were getting ready to. One was tort reform, and we passed a major initiative concerning that last year. The second revolves around workers' compensation, and we're in the process now of preparing the legislation we will present in January to address that. Those are the two areas they said the state could address.

SS: Are they identifying specific barriers to expansion?

Gov. Haslam: There is a prevailing mood out there of businesses not having the confidence to invest right now. It's partly people waiting for the election and concern about the impact of the healthcare plan, particularly on the smaller and mid-sized firms. I'm hearing a lack of confidence around that. Financing continues to be an issue, especially in the rural areas, where community banks are a lot more restricted in what they can do compared to several years ago. I hear financing concerns fairly regularly.

"Some people wonder why we're giving incentives at all, and well, I'd love not to. But you can't unilaterally disarm in this business when other states are offering attractive incentive packages."

- Tennessee Gov. Bill Haslam
SS: You recently conducted a series of work-force meetings with businesses and educators around the state. What did you learn?

Gov. Haslam: We were focusing primarily on our post-secondary education, with the idea of seeing how we were doing at producing the quality of workers and quantity they need with the right training. The idea is if you need more engineers, we need to figure out how to make that happen. One of my jobs as governor is to allocate capital, like the CEO of a business would. So I need to see if we're allocating enough capital to our engineering schools. The need for welders is a fairly frequent request, so I need to make sure our technology centers have enough openings so we can train the number of welders we need. It's an effort on our part to complete the circle. In post-secondary education, are we doing what we can to provide the workers the market says it needs? They kept telling us that no one had ever asked them that before. That's one of our jobs in economic development — to allocate capital to the right training programs.

SS: How does your background in the business world translate into your understanding of what Tennessee businesses need to succeed?

Gov. Haslam: My background in business is helpful in this sense: At the end of the day, the most difficult decision a business makes is where are they going to invest their capital. Understanding what it's like to have capital at risk is very important. If you've been in government all your life or not been in a position of investing capital, you might not have the appreciation for that you need. You might not understand why you need to respond to a permit application so quickly or what it's like to have a complaint filed in the field against one of your operations and not have the chance to explain what you're doing. My background helps me stand in that CEO's shoes and explain legitimately why Tennessee is the right place to base their business.

SS: The HCA project, a significant win for Nashville and for central Tennessee, did involve incentives, which I understand you are not entirely in favor of. What should potential investors in Tennessee know about your stance on incentives?

Gov. Haslam: HCA means 2,000 high-paying jobs in the medical field, where on the one hand we're concerned about the rising cost of healthcare, but it's a business that's not going away any time soon. On incentives, we understand we need to be competitive. Some people wonder why we're giving incentives at all, and well, I'd love not to. But you can't unilaterally disarm in this business when other states are offering attractive incentive packages. We can't just ignore that. In the end, our advantage is we're a low-tax state, a right-to-work state and one with a good regulatory environment. We understand business and will work hard to make certain it's a place where businesses can succeed. The leading thing we can do there is keep taxes low, and we're one of the lowest-tax states in the country. But I also can't ignore that there are other states making offers, and we have to be competitive. 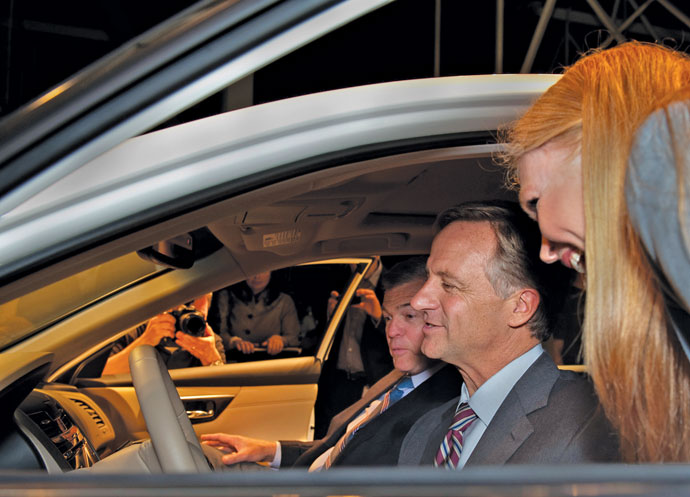