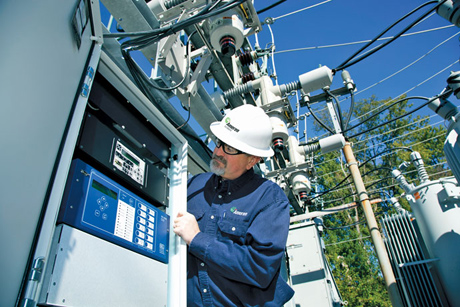 Rodney Hilburn, substation maintenance construction supervisor, Ameren Illinois, operates the latest in smart grid technology, which allows the company to remotely control substation switches to quickly isolate damage and, in many cases, automatically restore power by switching to an alternate supply. Ameren Missouri is deploying the technology as well.

Ameren drives economic growth by focusing on the vital services companies and communities need most.

The proposition is simple: Reliable, reasonably priced electricity and natural gas drive economic growth. But as any corporate customer or economic developer will tell you, a utility's devotion to its territory can usually be measured by actions unrelated to selling more power. Sometimes it might even sell less.

According to community and company leaders in its bi-state service area, Ameren, headquartered in St. Louis, brings a lot to the table on all counts.

NTN-Bower Corp., a manufacturer of tapered and cylindrical roller bearings, operates a plant in the university town of Macomb, Ill. The plant has been there since 1965, when predecessor Federal Mogul chose the location near the Iowa-Illinois state line in large part because of its proximity to two big customers based in the region: John Deere and Caterpillar.

"One of our goals is to make our products where we sell them," says Jim Riggs, the new president of NTN Driveshaft Inc. who was serving until recently as vice president of manufacturing for NTN-Bower's Macomb site. "When you make bearings, they're very heavy, and not ideal for shipping."

Today NTN-Bower is second only to Western Illinois University in employment in Macomb, with more than 900 employees. "We've seen huge growth since the downturn in agriculture and construction machinery," says Riggs. "Caterpillar and John Deere have been particularly strong, and Bower ran out of capacity to meet customer demand."

Last year the company approached Kim Pierce, executive director of the Macomb Area Economic Development Corp. (MAEDCO), with the idea of investing $100 million in its aging plant in order to meet that demand. The company was considering two other states as well, both in the Southeast, for the 80-job project.

"Of course we called Ameren and asked if they could put together a proposal for us," says Pierce.

In this case, Ameren brought to the table its ActOnEnergy program, which analyzes energy-use metrics and makes recommendations on how to reduce energy costs through increased efficiency. Given the age of the plant, there were plenty of opportunities for study, even before considering the new electrical loads.

In 2010-2011, more than 1,200 companies completed nearly 1,900 ActOnEnergy projects, reducing annual electricity usage by about 164 million kilowatt-hours, the equivalent of the electricity used by 16,400 single-family homes in a year. For the 2011-2012 program year, the program was expanded from all electric business customers to include incentives for natural gas business customers.

"Ameren gave us a presentation on what programs and incentives they offered, and we incorporated as many of those as we could," says Riggs of NTN-Bower. 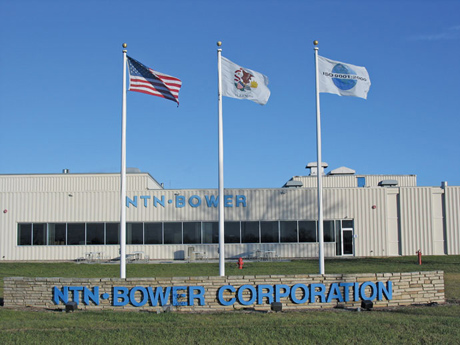 NTN-Bower is investing $100 million and bringing its payroll to nearly 1,000 at this 47-year-old plant in Macomb, Ill. Ameren’s ActOnEnergy program and consultation have helped make the project viable and affordable.
Photo courtesy of Macomb Area EDC
In addition to roadway improvement and training grants from the state, the value added by Ameren made a big difference to this small town, especially when the total incentive packages from the Southeastern states were significantly larger.

"Their efforts absolutely helped cut the costs of the project," says Riggs. "Business being what it is today, if you're a smart company you take any advantage you can gain by working with your suppliers."

The company broke ground on the new Macomb plant this summer.

"We can always count on them being at the table," Pierce says of Ameren, noting a similar scenario when Pella came to town with a $36-million plant in 2004. "That's especially important because we are a micropolitan community of 20,000 people."

Ameren is helping Macomb with a quality of labor report due this summer that provides a comprehensive look at wages, benefits and skill levels across all industries in 14 counties. "We would never have been able to do that ourselves," says Pierce, who has worked with the utility and its economic development team since she joined MAEDCO in 1987.

"Ameren is willing to go outside the box," she says, and it's about more than power. "It's about 'How can we help you do a better job?' The biggest thing about them is they make us look good."

Ameren is an engine for growth through its own projects and the projects its economic development team helps become reality. Among other projects that team has helped come to fruition are:

Ameren's own operations support the region's economy, too, to the tune of more than 10,000 suppliers, support of 38,000 direct and indirect jobs and an average annual economic impact of $6.5 billion.

Ameren transmission projects include the 330-mile Illinois Rivers project, which includes a 345-kilovolt line from Palmyra, Mo., across Illinois to the Indiana state line; the $180-million Spoon River project, spanning 70 miles of new 345-kilovolt line from Oak Grove to Galesburg, continuing near Peoria; and the 89-mile, $230-million Mark Twain project extending from the Iowa border to Adair, Mo., on to Palmyra, Mo.

The next wave of value addition will involve modernizing the grid. In Illinois, Ameren this year introduced a 10-year Modernization Action Plan (MAP) that involves investing $625 million in smart grid and in thousands of infrastructure projects. Ameren will create up to 450 new jobs during the peak year of MAP. A new electric training center key to the plan will be constructed in Belleville, Ill.

"By locating the training center in Belleville, we will benefit from our collaboration with Southwestern Illinois College," said Richard Mark, president and CEO, Ameren Illinois.

Ameren Missouri announced on Aug. 1 that the Missouri Public Service Commission had approved the utility's filing under the Missouri Energy Efficiency Act, which calls for Ameren to invest $147 million in energy efficiency programs over the next three years.

Warner Baxter, president and CEO, Ameren Missouri, said annual energy savings as a result of Ameren's program are expected to total nearly 800 million kilowatt-hours, "Our current investments are expected to result in approximately $500 million in total customer benefits over the next 20 years," he said. 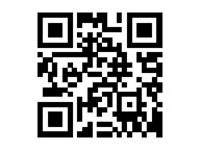 This investment profile was prepared under the auspices of Ameren Economic Development. For more information, visit www.ameren.com/ecdev.

Scan your smart phone here for more about Economic Development assistance from Ameren.