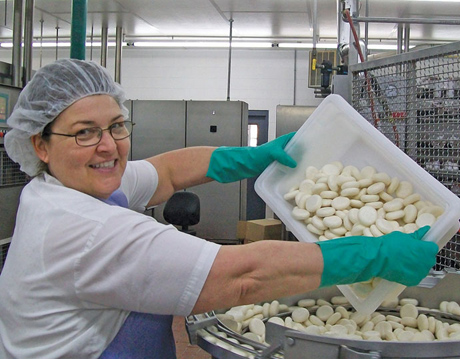 ortion control has become a big business for cheese manufacturing company Bel Brands USA. Sales have more than doubled over the past four years and sales of the company's Mini Babybel products have tripled during that time period. To satisfy this surging demand, the company, which is the U.S. arm of Paris-based Fromageries Bel, recently broke ground on a $100-million, 170,000-sq.-ft. (15,793-sq.-m.) manufacturing plant in Brookings, S.D. It will be the company's third U.S. plant.

Bel Brands USA also has plants in Leitchfield, Ky., and Little Chute, Wis. It makes the Mini Babybel line in Leitchfield, where it has made multi-million-dollar investments to increase production capacity over the past four years and has grown from nearly 300 employees in 2007 to more than 420 employees in 2011. The company considered another expansion in Leitchfield before opting to find a location to build a new facility.

"We have had hyper-growth of our product due to the type of product — portion control snacks," says Francine Moudry, a veteran of the food industry who is project manager for development of the new plant and will be its plant manager when it begins operation in early 2014. Moudry's last post was as operations manager in Leitchfield. A native of the Alsace region of France, she has an engineering degree in food science.

Once the decision was made to build a new plant, a yearlong process ensued. Moudry says the first six months were spent developing parameters for the process. This involved establishing the foundation of what the company wanted to achieve at the new plant, which includes an eventual capacity of 40 million pounds of cheese. 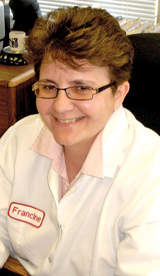 "Obviously the first thing was milk. We looked at states where we would use 10 percent or less of the milk supply in the area."
— Francine Moudry, project manager for Bel Brands USA’s cheese manufacturing plant in Brookings, S.D.

"We defined the profile of the factory we wanted," Moudry says.

That was followed by a six-month search, which looked at 17 states in the Western half of the U.S. Bel Brands hired the site selection team of Jones Lang LaSalle and food manufacturing consultancy T. C. Jacoby and Co. of St. Louis to guide their due diligence.

Moudry says some 40 criteria were analyzed. These included operation costs, availability of milk in the region, labor costs, suitable land, water and sewer availability and utility costs. Bel Brands also considered the cost of living in each region, access to its U.S. headquarters in Chicago and crime rates.

"Obviously the first thing was milk," Moudry says. "We looked at states where we would use 10 percent or less of the milk supply in the area."

Site visits began in March of 2011 with the goal of winnowing the field to three top contenders. That goal was achieved when three cities emerged: Brookings; Coldwater, Mich.; and Sioux City, Iowa.

Moudry says Brookings became the cream of the crop due to its strong business climate and good operating costs. It also helped that Brookings is home to South Dakota State University, which has a renowned dairy science department. The Bel Brands site is about a mile from the university.

"It's a growing region, not only in its work force, but also in its milk supply," Moudry says. "Brookings has good living conditions and the town is attractive. It is well developed with names such as Daktronics and 3M already here."

The facility will be developed in phases. The building will be completed in September 2013 with about four months of testing to follow. The first phase will involve 275 employees working on three shifts to produce 70,000 pounds of cheese per day. The plant, which is being developed on a 48-acre (19.4-hectare) site with good access to I-29, will serve the entire U.S., plus Canada and Mexico. It will eventually employ about 400 people. Bel Brands envisions the second phase of the project occurring in the 2016-2017 time frame. 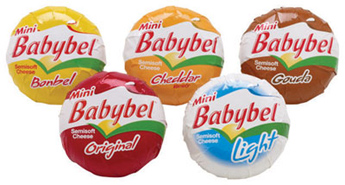 The success of the mini Baby Bels is largely driven by increasing numbers of portion-conscious consumers. The company is known for its individual portions. Moudry considers the product line to be unique, with its primary competition coming from string cheese.

"You can take our cheeses, put them in your pocket or your lunchbox, and it provides a nutritional product as well as satisfying your hunger. All this in a three-quarter-ounce package. Once you unroll the cellophane, you have this little cheese popping out of the wax, and that is unique."

Moudry says Bel Brands' proprietary manufacturing process, which involves molding and waxing the cheese, is unique in the industry.

"It does not exist in any other company," she says. "It was specifically developed by our company to achieve the goal of portion control."

The manufacturing process is highly automated and the company has taken great steps to eliminate hard jobs as it looks out for the well-being of employees, Moudry says.

Bel Brands will source about 3 percent of the available milk within a region confined to a 150-mile (241-km.) radius of Brookings. The plant is being developed at a time when South Dakota is making big strides in increasing its dairy cow population, which stands at about 90,000.

To that end, Gov. Dennis Daugaard and state agriculture officials attended a dairy industry show in California in February in an effort to attract new dairy operations to the state.

The state is seeking to boost its dairy herd by several thousand head. 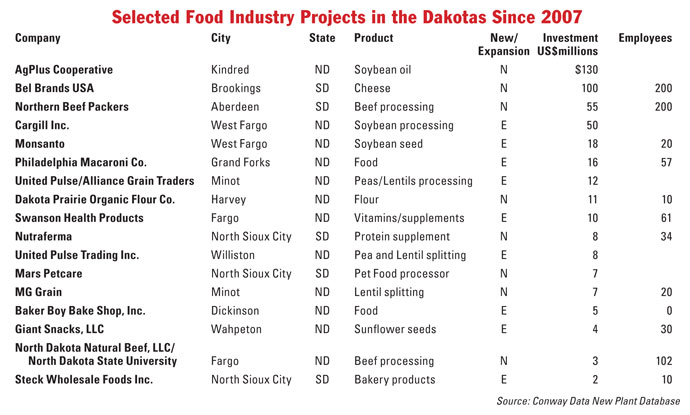