ndustrial investors are finding the space, work force and business cost advantages they require in the Changzhou National Hi-Tech District (CND), just 160 kilometers west of Shanghai — China’s glittering commercial and financial center. More than 1,400 foreign companies have located facilities in the 439-sq.-km. CND, which is home to a half-million people. Approximately 5 million live in the greater Changzhou area, which is only 45 minutes from Shanghai by high-speed train, and under two hours away by car. Nanjing, the capital of the Jiangsu province, is 110 km. west.

CND is in the heart of the Shanghai Economic Ring and the Yangtze River Delta region and is a city within a city, with universities and research institutes, hotels, leisure amenities and logistics infrastructure that includes a major port, international airport, rail and expressways. Housing is abundant in and around CND, too, and is more affordable in Changzhou than in other Yangtze River Delta metros, including Suzhou, Shanghai, Nanjing and Wuxi.

Changzhou National Hi-Tech District caters to a wide range of industrial manufacturing sector investors, with equipment manufacturing, precision machinery and auto components among the most prevalent.

Other sectors with a significant presence in CND are photovoltaic and renewable energy, chemicals and new materials, biomedical and creative industries. The strength of the equipment manufacturing cluster has cultivated an industrial supply chain network in CND, adding another benefit to investors.

This cluster has been developing for decades. GF AgieCharmilles joined CND in 2007 and has enjoyed sustained growth since then. Thanks to abundant human resources in this region, especially highly skilled workers within CND, the company’s facility has become an important manufacturing base for its high-speed drilling machines and one of its major R&D centers in China. 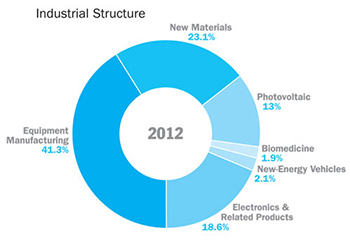 Rieter, a top supplier of textile manufacturing machines, started its operation in CND in 1998 with only a $1 million investment. Today, the company has increased its investment to $140 million. Leoni, one of the first foreign investors in Changzhou, came to CND in 1993. The company has since established three facilities in CND with a total investment over $70 million.


More recent investors from the United States include aluminum sheet supplier Novelis, headquartered in the Atlanta area. Novelis’ agreement includes land use rights to more than 160 acres (65 hectares). The wholly owned, $100-million plant will have a capacity of 120,000 metric tons per year and is expected to be commissioned for operation in late 2014.


This investment profile was prepared under the auspices of the Changzhou National Hi-Tech District. For more information, visit www.invest-in-cnd.cn. 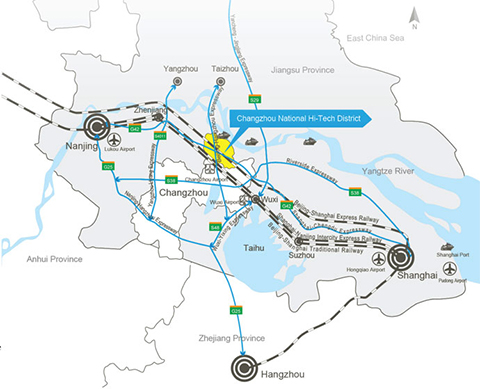 As reported in the June 2012 edition of Site Selection International, Novelis expects demand for aluminum in the global automotive sector to grow at a compound annual rate of 25 percent over the next five years as auto manufacturers look for ways to make their vehicles more fuel efficient. The move into China will position Novelis as the only aluminum sheet supplier capable of serving automotive customers in all major markets of the world.

“We have been selling into China for many, many years with many products, but this is the first time we have established manufacturing operations in China,” noted John Gardner, Novelis vice president and chief sustainability officer, at an investment seminar hosted by CND in Atlanta in May. The CND location will afford the facility close proximity to the deep-water port on the Yangtze River from which it will deliver aluminum planks to automotive facilities elsewhere in China and worldwide. Initial production will employ about 100, with more workers envisioned as production ramps up.

“Changzhou is in a great location in the hub of automobile manufacturing in China,” he explained. “But we primarily are investing in Changhzou because of the people, the pool of labor, which is very important, and we were very impressed with the science and technical education resources that are available in the region.”

Meanwhile, the Industrial Motion division of the Altra Group, based in the Boston area, announced in mid-2012 that it will open a 90,000-sq.-ft. facility at CND for production of industrial couplings. 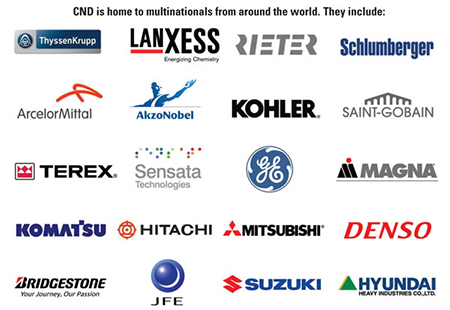 “When we decided to build a new facility in China, we wanted to choose a location that met our many business needs and that was represented by a team that shared our philosophy of commitment, service and support,” relates Mark Klossner, vice president. “We visited many sites in the greater Shanghai area in order to determine the best location for our new facility. While all the sites and the development teams representing those sites were very good, it was clear to us that CND was the best choice for Altra’s new facility. We found many foreign companies in similar industries already operating in CND, utilizing a well-trained, local work force and many knowledgeable, local suppliers that could support our business.

“Most importantly,” he adds, “it was the support and commitment offered by the entire CND team that gave us the confidence to select this site for our new facility. We are very grateful for the continued support of the entire CND staff.”

LETTER FROM THE PUBLISHER: Top International Company of the Year (Nov 16, 2017)