The productive resources of Pennsylvania go far beyond the mineral.

Elliott Group is in the midst of a $110-million expansion, including this new headquarters complex, that will see the company add 300 workers by 2015 in Jeannette, Pa. The global turbomachinery maker has seen direct and indirect business growth from the Commonwealth’s shale play.
Photos courtesy of Elliott Group
by ADAM BRUNS
T

he Pittsburgh coal seam discovered in 1750 was expected to have a life of about 100 years. That seam, one of the richest in the world, is still being mined today. So is Pennsylvania's enduring streak of energy innovation and leadership, rooted in the legacies of such industrial tinkerers as Edwin Drake and Samuel Kier (petroleum) and George Westinghouse (electricity, appliances and nuclear power, among others).

One of the 88 companies Westinghouse founded was the predecessor to Equitable Resources (EQT), among today's shale gas leaders in the Appalachian Basin with 3.5 million acres, more than 14,000 gross productive wells and 5.2 trillion cubic feet of total natural gas reserves. EQT officials told Site Selection two years ago that as many as 500,000 new jobs could be created in Southwest Pennsylvania because of the shale gas exploration and production that continues to take place in the Marcellus Shale, which has seen 3,000 wells drilled since 2007. EQT's been creating about 1,000 of those jobs itself, and forecasts steering well over half of its planned 2013 capital expenditures of $1.5 billion in the Marcellus.

Today, 240,000 Pennsylvanians are employed by the oil and gas industries or ancillary industries. The U.S. Department of Energy projects that shale gas will make up more than 20 percent of the total U.S. gas supply by 2020. The International Energy Agency anticipates that the U.S. will begin exports of natural gas by 2018. Pennsylvania became a net exporter of natural gas in 2011, only five years after it was importing 75 percent of it.

"When I saw drilling rigs a mile from where I grew up, it dawned on me that things were changing," says Patrick Henderson, Gov. Tom Corbett's Energy Executive, whose home in the Commonwealth's northern tier was not known for oil and gas activity. "The magnitude can't be overstated," he says, noting how it might be tempting to view some projections as a bit embellished. They're not, he says. "The opportunities we're seeing are just phenomenal." And they range well beyond the wellhead.

The View from Carbide Valley

For those familiar with the playing style of golf legend and Latrobe, Pa., native Arnold Palmer, it's no surprise that one of that city's most successful growing companies is named Aggressive Grinding. The precision carbide and ceramic firm grinds drill bit blanks and other products to microscopic specs. Aggressive Grinding has been serving the oil and gas sector for 20 years and currently is seeing half its work come from activity associated with the shale play.

The Pennsylvania's Governor's Action Team, a "first responder" group of about 60 economic development professionals, provided assistance for Aggressive Grinding's recent $4-million expansion to the tune of $27,000 in job training support, $60,000 in job creation tax credits, and another $60,000 in the form of a Pennsylvania First grant tied to creating 60 jobs over three years. Already the company has created half of those jobs at its Carbide Valley home, as oilfield business in general has increased by 20 percent.

How good is business? The $12-million company usually commits $1 million annually toward purchasing new machinery. Last year it committed $4 million. The firm doing the wiring for his company's new building keeps getting called out to projects in the shale play, but owner Lester Sutton's not complaining. His team prides itself on rapid turnaround, and top-shelf quality and innovation. And he sees long-term promise in his region's materials and machinery heritage — really long term.

"Archaeologically, when you dig up something, you look for what tools they were able to make," he says. "Everything in this room was made by a machinist, or a tool and die maker had some sort of effect on it … The only way an economy can survive is through manufacturing. It's how you judge the intelligence of a society."

"A huge percentage of anything we do anymore is for a shale gas deposit somewhere," says Mike Reeder, 66, plant manager for Dura-Bond Coating's new coated pipe plant in Duquesne, along the banks of the Monongahela River, which opened Nov. 19. The company's still running its former plant in nearby McKeesport too, and can barely acquire land fast enough to keep up with the need for pipe laydown area. Like Sutton, Reeder says quick turnaround is key to the Keystone State's shale business. "We already know what to do. It's just a matter of doing it fast enough," he says. "It's a whole new dynamic."

At the company's first plant in McKeesport, the record load-out was 82 trucks in one day, with Reeder himself on a loading machine well into the night. He foresees more of the same. "I think they're going to find more fields, and immediately there will be a call for more pipe to get to a wellhead, and a customer is going to pay for it. I hope we get so busy we have to run both plants. If that happens, I'll be hiring." 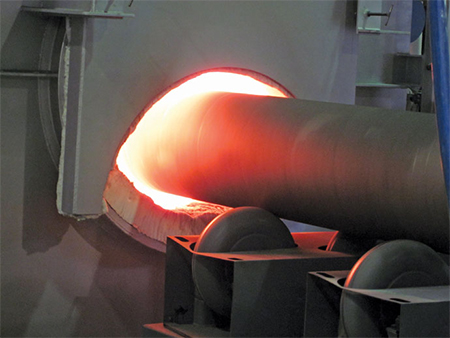 Dura-Bond Coating in November opened a new facility on property in Duquesne once owned by Andrew Carnegie, and has added 65 jobs. The company applies various coatings to protect pipelines from corrosion.

When it comes to skills in the energy field, "there isn't much we can't do," says C. Alan Walker, Secretary of Community & Economic Development for the Commonwealth. "There are so many skills here that I don't think the industry was aware of until they got in here," he says of the shale boom in particular.

Walker sees the state's ShaleNET jobs and training effort truly helping the industry, along with county-level vocational training programs that are refocusing to its specific needs. ShaleNET, developed by a consortium led by Westmoreland County Community College, was recently awarded a $14.9-million grant from the U.S. Dept. of Labor to expand and continue its efforts. Walker points out that Pennsylvania, with 13 million people, is much more densely populated than some other plays that have to recruit from around the world. 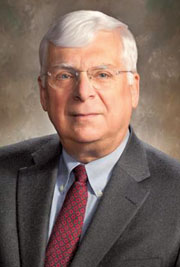 C. Alan Walker, Secretary of Community and Economic Development for the Commonwealth of Pennsylvania

"Eighty percent of the new jobs that have been created are being filled by Pennsylvanians," he says. "We're the only place in the world where you have it near the population," he says of the newest underground treasure. "Our long-term strategy is to use that to reindustrialize the state of Pennsylvania."

The Commonwealth's foresight in preparing industrial parks will help. When Halliburton was looking for a site for its supportive drilling activities, it found 250 acres at a park developed near Williamsport in Lycoming County. The firm may eventually employ as many as 1,200 people there.

Tommy Frazer, supply chain manager for Chevron's Appalachian/Michigan Strategic Business Unit (AMBU), says the phone hasn't stopped ringing since he arrived in February 2011, as his team deals with hundreds of suppliers from around the world, while also recognizing the value in the immediate region. AMBU's new supplier awards program recognized four finalists … all from Pennsylvania. At the same time, he says, "general expertise is one of our biggest hurdles," and the company is pursuing various work-force development initiatives with the help of the Pennsylvania Dept. of Community & Economic Development.

But the firm isn't letting talent development slow facility development. Since acquiring Atlas Energy for $3.2 billion and $1.1 billion in assumed debt in February 2011, when 350 employees were located in the area, "we're now north of 600 and growing," says Trip Oliver, Chevron AMBU's manager of policy, government and public affairs. "We exceeded the capacity in Moon Township some time ago and are leasing facilities, and we're looking at our options in the region."

Sec. Walker says the Commonwealth's approach has been balanced in terms of resource development and safe, environmentally aware methods. The state's impact fee for gas drilling is a case in point, and serves as the conduit for funneling funds back toward the communities.

Energy Executive Patrick Henderson says departments across the Commonwealth's government have stayed on point when it comes to managing the inevitable side effects of an energy rush.

"I've seen a lot of new and improved roads that simply weren't there before the shale opportunity," says Henderson.

Walker says technology itself has advanced a long way in the six years since the drilling got started. He sees companies adapting and innovating on the go, driven by the talent and thinking they find in the Commonwealth.

"I think Pennsylvania has become the laboratory for the process," he says, "for the United States and for the whole world."