Why “Made in Mexico” Means Quality and Competitiveness

In announcing the selection of San José Chiapa in Mexico’s federal state of Puebla for his company’s first North American manufacturing plant, Rupert Stadler (right), chairman of the Board of Management of AUDI AG, said “We are delighted that the Mexican government and the state of Puebla are so supportive of our project.” The plant will build the successor to the current Audi Q5 SUV (left).
Photos courtesy of Audi
by CLAUDIA AVILA CONNELLY
S

uddenly, the eyes of investors turned toward Mexico, and not because of the violence unleashed by the drug war. It seems that the land of the tequila is becoming one of the favorite sites for global companies looking to expand their business operations worldwide.

“We have found in Mexico an attractive industrial environment and a ready supply of skilled labor,” said Serge Durand, CEO of Eurocopter de Mexico, in October 2011, during the construction launch of a new manufacturing plant in the city of Querétaro, with an investment value of a US$550 million.

Although Mexico still faces important challenges, the country is turning into the new “little darling of emerging markets,” as mentioned by Kenneth Rapoza in Forbes magazine, on July 2012.

There are several reasons and facts that explain why this nation reflects an important economic evolution, achieved in only 25 years.

Reason number one is the opening of the market, started in 1986, when the country joined the GATT, later the World Trade Organization. Now Mexico has 12 free trade agreements with 44 countries, including NAFTA, the North American Free Trade Agreement signed with the United States and Canada, in effect since 1994. Since then, the average trade tariff fell from 27 percent to 6.9 percent. The opening policy also included the financial and foreign direct investment liberalization of sectors not considered as strategic for the nation.

Mexico was also able to make a strategic change in its exports’ structure. In the 1980s, 61 percent of Mexico’s export products were crude oil. At present, 81 percent of its exports are manufactured goods, of which 24 percent are high-tech products, including aerospace, computers, non-electronic machinery, electronic-telecommunications, weapons, chemicals, pharmaceuticals and scientific instruments, according to INEGI (Mexico’s National Statistics Institute). Mexico is now inserted vertically into the most important segments of global production chains, as 60 percent of FDI inflows received by the country go to manufacturing.

Thanks to all these changes, the country is now one of the world’s most important export platforms and “an ideal base from which to supply international markets,” Rupert Stadler, chairman of the Board of Management of Audi AG, told the Financial Times in September 2012.

Today, this nation of 114 million people is the leading world exporter of flat screen TVs and the second leading exporter of refrigerators. It is also the major supplier of medical devices to the U.S. market, the eighth producer and the fourth exporter of new vehicles, as well as the main supplier of auto parts to the U.S. market, where 11 percent of all cars and light trucks are produced in Mexico. Moreover, of total U.S. imports, 24 percent of automotive products, 23 percent of chemicals and 21 percent of electronics are coming from the other side of the country’s southern border.

Global automakers have announced new direct investments in Mexico of about $15 billion, making Mexico the world’s fourth biggest exporter of automobiles, behind Germany, Japan and South Korea, with exports expected to be around 2.14 million vehicles by the end of 2012. At the same time, global auto parts manufacturers have invested around $6.9 billion in new operations in Mexico, according to Mexico’s National Auto Parts’ Institute (INA). The aerospace sector is also booming in the country. The Mexican Aerospace Federation (FEMIA) calculates that there are about 250 foreign companies operating in the country, with total exports hitting $4.3 billion in 2011.

Reason number two for Mexico’s success story is the implementation of new tax and monetary policies in the nineties, designed to achieve fiscal balance; prudent management of public debt with longer maturities and lower exposure to foreign currency; a flexible exchange rate; an inflation target of 3 percent; autonomy of the Central Bank; and regulation and stricter discipline of finances.

In addition to increased regional trade, NAFTA brought the Mexican economy into line with the U.S. economy, facilitating the alignment of inflation and interest rates to one digit, as well as a more stable Mexican peso exchange rate with the U.S. dollar.

At present, Mexico boasts an enviable macroeconomic stability, allowing the country to be less vulnerable to the global financial and economic crisis of 2008-2010 and the euro zone debt crisis. Moreover, the Mexican market is also standing out in portfolio investments. During the past three years, the MSCI Mexico Investable Market Index Fund, an index that measures the performance of the Mexican equity market, grew 20 percent. The equivalent MSCI Brazil Index Fund was up only 3 percent, whereas the China 25 Index Fund was down 2.5% as of June 30, 2012.

Reason number three is the existence of a young and talented population, with a mean age of 26 years, that has demonstrated the capacity to construct sophisticated products. Recently, Pierre Beaudoin, president 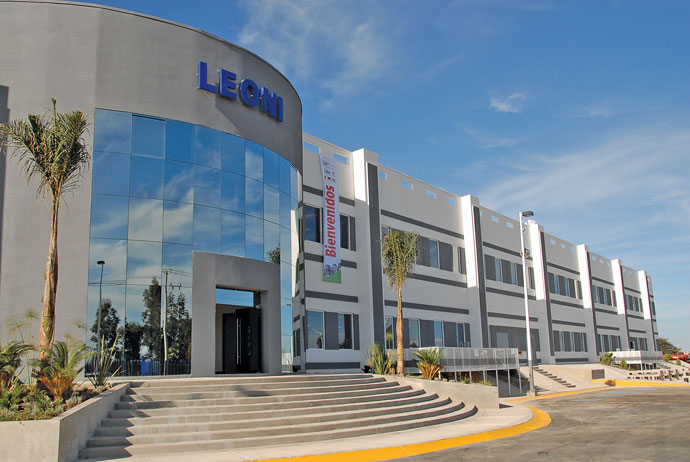 of the Canadian firm Bombardier Inc., highlighted how his company in Mexico could develop a process going from a cheap labor force operation to an industry with high added-value technological specialization.

Bombardier Transportation has been in Mexico since 1992, producing passenger trains and diesel-electric locomotives; and Bombardier Aerospace since 2005, manufacturing carbon composite structures, electrical harnesses, and wing assembly for the Learjet 85 aircraft, as well as the aft fuselage of its new Global 7000 and Global 8000 business jets. The wide scope of both divisions has positioned Mexico as an important part of the overall strategy of the company.

As stated by the Organization for Economic Cooperation and Development (OECD), Mexico’s 3.5 rate in the “technological sophistication level of exported goods” is above the average of OECD exports, higher than Brazil and similar to Asian countries. Every year, 115,000 Mexican engineers are graduated in science and technology careers.

But what makes Mexico an appealing place for doing business is its vicinity to the United States, as a strong cost competitive advantage for manufacturing facilities aimed at serving the U.S. market. The Alix Partners Manufacturing Cost Index places Mexico as the number one site to serve the U.S. market, with 25-percent lower costs than the BRIC countries (Brazil, Russia, India and China).

“Mexico now is the least expensive country to do business in manufacturing and engineering, delivering to the U.S.,” says a convinced Louise Goeser, CEO of Siemens Mesoamerica, with 13 manufacturing facilities and three research centers in Mexico, in a video made by ProMexico, the national investment promotion agency.

The cost benefit offered by Mexico is partly due to its manufacturing wage levels that today are closing the gap with those in China, from 400 percent higher in 2000 to only 31 percent higher in 2011. Another explanation is the timing delivery factor that has given the companies established in the Mexican territory the advantage to deliver in only three days, compared to Asian countries, where the merchandise takes approximately three months to arrive in the U.S. market. That is why Mexican exports have gained ground against the Chinese.

In addition, higher oil prices and, hence, increasing transportation costs have created the necessity to manufacture close to the markets, especially large, custom-designed or fashion products. According to the Establish/Davis 2011 Logistics Cost Database, transportation costs represent 49 percent of the total logistics costs for manufacturing companies, as a percent of sales.

The occupancy of industrial parks in Mexico is closely linked to the U.S. economy, since the United States is by far Mexico’s most important partner in trade and investment. Responding mainly to U.S. companies’ demand of real estate with high quality standards, Mexican industrial developers offer state-of-the-art industrial parks and Class A industrial buildings.

Occupancy rates are also correlated to FDI inflows into the country. In its most recent “Global Investment Trends” analysis, the United Nations Conference for Trade and Development (UNCTAD) predicts slower FDI growth in 2012, with flows leveling off at about $1.6 trillion: Nonetheless, the report says that longer-term projections show a moderate but steady rise for 2013, with global FDI reaching about $1.8 trillion.

According to the Q3/2012 North America’s Industrial Outlook Report from Jones Lang LaSalle, Guanajuato, Guadalajara, San Luis Potosí and the North of Mexico City, as well as Puebla, Toluca and Querétaro, are the most dynamic industrial markets in the country. This has been boosted partly by the arrival of new global auto assemblers to the region, such as Nissan, Audi, Volkswagen, Ford, GM, Mazda and Honda, together with new aerospace facilities from Eurocopter and Bombardier, among other investments that need the location of Tier 1 and Tier 2 suppliers close by.

On the other hand, the north border of Mexico is still affected by the violence and by a slower growth of the U.S. economy. The “bottoming markets,” as JLL classified them, are currently Reynosa, Juarez, Tijuana and Monterrey, as a result of a lack of new projects or expansions. The “falling markets” are basically Nuevo Laredo and Matamoros, where there is an increasing vacancy rate.

From a total of 31 million constructed square meters (333.6 million sq. ft.), Mexico’s available space rate of Class A industrial buildings is on average 6.9 percent, with an average lease price of $4 per square meter, said Lyman Daniels, executive director of CBRE Mexico, at the Mexican Association of Industrial Parks (AMPIP) in November 2012.

Despite the growing industrial markets in the center of the country, and the stable ones in the north, industrial parks in Mexico still have room to grow, for instance, in the southeast region. Tabasco and Yucatán are states with great potential for industrial infrastructure development, as they can start to serve the U.S. market through a distribution strategy set up across the Gulf of Mexico.

New investment projects will continue to arrive due to Mexico’s geographic and economic advantages. However, there are still threats that could put at risk the performance of the Mexican economy.

The deceleration of the U.S. economy is one of the main concerns to business people, as showed in the annual survey of Deloitte’s Business Barometer, 23th edition, 2012.

But even with the image of a violent country, Mexico is showing a positive side, as a rising economy that has been able to go beyond the European crisis, while its middle class is expanding and its international reserves are growing to $163 billion.

Now “Made in Mexico” means quality and competitiveness.

Even so, the big challenge for Mexico is that the administration of the new President Enrique Peña Nieto and the new Congress be able to carry out new structural reforms (tax, labor, education and energy) so that the nation can really take off into a better and stronger level of development and economic growth. Besides, the development of new FDI projects will depend on better business environment and economic conditions, as the global economy strengthens, especially in the U.S. 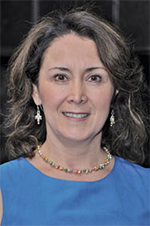 Claudia Avila Connelly is the executive director of the Mexican Association of Industrial Parks with 23 years experience in international business promotion at private and public sectors.