As governors in the region push to make states pro-business,
companies respond with huge plant investments.

Iowa Gov. Terry Branstad announces the $1.7-billion CF Industries expansion in the Sioux City area on Nov. 1. From left are Chris McGowan, president of the Siouxland Chamber of Commerce; Gov. Branstad; Stephen Wilson, chairman and CEO of CF Industries; and Jackie Smith, chairwoman of the Woodbury County Board of Supervisors.
Photo by Tim Tushla
by RON STARNER

When two multinational firms announced recently that they would invest a combined US$3.1 billion to build nitrogen fertilizer production units in Iowa, the news only confirmed what many economists had begun to see throughout the Midwest.

“A lot of the plant expansions are at the announcement stage or construction may be just getting under way, but it is real,” says Edward “Ned” Hill, dean of the Levin College of Urban Affairs at Cleveland State University in Ohio. “Large growth in domestic sources of natural gas is causing an increase in projects from companies that rely on gas to make things — everything from tubular products and steel to hard alloys for drill bits. Natural gas development is driving a lot of this project pipeline.”

The CF Industries project in the Sioux City metro area is believed to be the largest capital investment in Iowa history. Tony Will, senior vice president of manufacturing and distribution for CF Industries, tells Site Selection that the Port Neal facility “has ready access to low-cost natural gas driven by the development of abundant North American shale gas resources.”

He adds that “Port Neal is well positioned to access existing gas supply from the Rockies, Mid-Continent U.S. and Canada, and the increasing supply expected to come from the Williston Basin.” 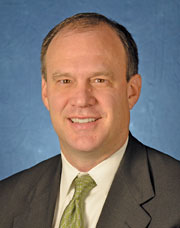 Will says the site selection was dictated by several factors. “We decided to expand production at the Port Neal complex in order to take advantage of its location in the agricultural heartland of America and the largest U.S. market for urea,” he says, noting that other factors included the availability of a skilled work force and access to necessary transportation and logistics infrastructure.

The new ammonia and urea plants are scheduled to come on line in 2016, says Will. The project creates 100 new full-time jobs plus up to 2,000 construction jobs during the 24 months it will take to build the plants. The direct jobs are expected to pay an average annual starting wage of $55,000, with fully certified workers earning pay up to $85,000 a year, according to company documents.

Stephen R. Wilson, chairman and CEO of CF Industries, told an audience of business executives and economic developers in Chicago on Dec. 4 that “70 percent of the cash costs of our product” is the supply of natural gas.

Wilson applauded state and local officials in Iowa for working with CF Industries to make this deal happen. “We contacted the state over the summer and had our first meeting in August,” he said. “It was important to have a confidential process. I was absolutely impressed by the professionalism and ability of Iowa leaders to keep this announcement quiet until Nov. 1. It was an expeditious process.”

Wilson noted that incentives played a key role in the deal. The Iowa Economic Development Authority awarded direct financial assistance of $1.5 million, half of which is a forgivable loan, through the High Quality Jobs Program, along with tax credits of $22 million — comprising $13 million in refundable sales tax paid during construction and $9 million in investment tax credits.

The IEDA board will consider amendments to the award to allocate an additional $12 million in investment tax credits in each of the next four fiscal years, for a potential total ITC award to CF Industries of $57 million. CF Industries, when making the Nov. 1 expansion announcement, also said it would invest $2.1 billion in a fertilizer plant in Donaldsonville, La.

Will says that global conditions are driving the company’s growth. “Strong agricultural fundamentals underpin the robust business climate we are experiencing,” he says. “Global population growth, increasing protein consumption, and historically low stocks-to-use ratios create the backdrop for high anticipated 2013 corn planting and associated strong fertilizer demand. That, coupled with favorable natural gas costs, provides a positive operating environment for our company for 2013 and beyond. Our decision to expand capacity reflects our expectations for a long-term, sustained, favorable outlook for North American nitrogen production.”

Will praised the steps that Iowa Gov. Terry Branstad has made to improve conditions for business. “The business climate in Iowa continues to be very positive and supportive of corporations like CF Industries,” Will says. “This is a state that wants to grow its business platform to bring high value to its economy. We are pleased to share a pro-growth strategy with the state of Iowa and its leaders, and we know we will benefit from this positive partnership.”

Orascom’s leadership cited similar factors in announcing its $1.4-billion fertilizer plant investment on the other side of the state. The company’s wholly owned subsidiary, Iowa Fertilizer Company, will build a plant in Wever that will produce between 1.5 million and 2 million metric tons per year of ammonia, urea, urea ammonium nitrate and diesel exhaust fluid. Construction on the Lee County facility is expected to be completed within three years.

A company statement says that the new plant in Iowa “will be the first world-scale natural gas-based fertilizer plant built in the U.S. in nearly 25 years and will help reduce the country’s dependence on imported fertilizers, which exceeds 15 million metric tons of ammonia, urea and urea ammonium nitrate annually.”

The Iowa Economic Development Authority approved a comprehensive state financial incentive package expected to provide tax relief of up to $100 million for the project.

Branstad, during the Dec. 4 event in Chicago, said he was working to change the climate in Iowa into one that aggressively supports business. “We changed our economic development approach into a public-private partnership, and we now have a great team in place in Iowa,” he said. “Lieutenant Gov. Kim Reynolds and IEDA Director Debi Durham work very closely together, and our goal is to create 200,000 new jobs for Iowans and raise family incomes by 25 percent. Today, I am seeking a dramatic reduction in our property tax rate to make Iowa more attractive to businesses. So our work is not done yet.”

Throughout the Midwest, governors are signing laws to make their states friendlier to business. Over the past year, both Indiana and Michigan have enacted historic right-to-work legislation, and many site selection experts predict that Ohio and other Midwestern states will follow.

Cleveland State’s Ned Hill says this positive momentum for the Midwest should continue. “Look at Ohio. There clearly is expansion taking place in the automotive parts industry,” he says. “All of the OEMs are looking at much tighter supply chains. And the dollar has been weakening compared to the Chinese currency. Honda can now export from Ohio to Japan due to the currency fluctuation.”

As a result, Honda is investing more than $200 million at its Anna and Russell Point plants in Ohio.

“We are also seeing a new sense of optimism in the steel industry in the Midwest,” Hill says. “Hiring is picking up, and these companies are recruiting new people to come in and replace their aging work force that is retiring.”

Hill notes that “employers are saying they are finding that the quality of manufacturing labor in the Upper Midwest is very high and is price competitive, and it is increasingly flexible to changing work rules. Manufacturing is a part of our economic base and will be a big part of the future growth of the Midwest.”