Successful companies will require both business and
manufacturing acumen in tomorrow’s managers. 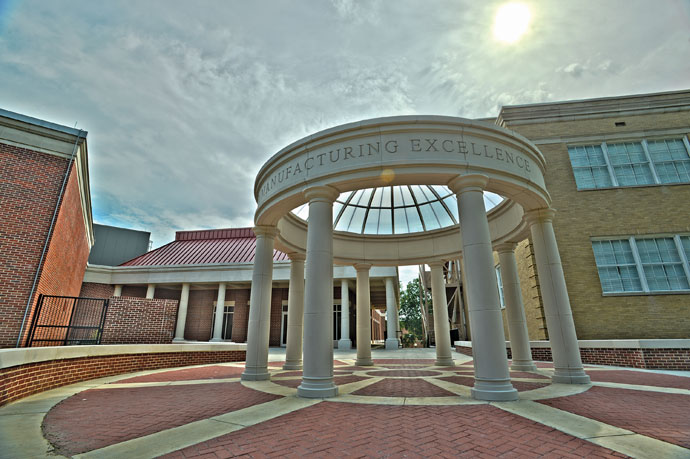 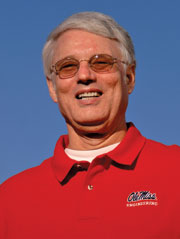 le Miss has a new way to prepare business students for more satisfying careers in the manufacturing sector — and for manufacturers to access engineers, accountants and other business majors with an actual understanding of manufacturing. It happens in the new Haley Barbour Center for Manufacturing Excellence (CME), which was dedicated in October 2012 in honor of former Gov. Barbour, who was instrumental in bringing Toyota and other manufacturers to Mississippi.

The CME, on the main campus of the University of Mississippi in Jackson, was announced in June 2008 and funded through incentives put forward at the time the state was recruiting Toyota, which announced, postponed and proceeded with a major plant in Blue Springs, near Tupelo. Toyota opened the 1.8-million-sq.-ft. (167,220-sq.-m.) plant in late 2011, where it produces hundreds of Corollas per day and will build new models later in 2013. The facility is reportedly the most efficient in Toyota's manufacturing facility portfolio worldwide.

CME isn't far from the Center for Advanced Vehicular Systems, a state-of-the-art research center dedicated to reducing product development time, improving efficiency and increasing safety in automobiles. Under the auspices of Mississippi State University's Bagley College of Engineering and the state of Mississippi, CAVS was created to provide research and development of solutions for international automotive manufacturers such as Nissan North America and Toyota, in addition to other industries, according to the Mississippi Development Authority.

"The two centers don't do the same type of work, but we complement each other quite well," says CME Director Dr. James Vaughan. "We are not automotive-specific, and Toyota has made it very clear to us that we should be working with all industries in the state — not just automotive, and certainly not just Toyota."

Vaughan says staff began working in the new CME in August 2011. Teaching space built to resemble a factory floor opened in January 2012. "We have now enrolled freshmen, sophomores and juniors, and by next August, we will have a full complement of students." About 100 students participate in the program, which is forecast to double to 200 students within the next two years. Most CME students are incoming freshmen, but some are existing students transferring into the program.

"We are not a degree-granting program — the degrees come from the schools in which the students are enrolled for their professional program, such as Accountancy, Business Administration and some departments in the School of Engineering," Vaughan explains. "These students take manufacturing courses together, as one class. If they are an accounting student, the degree will be in accountancy with a minor in manufacturing engineering, for example. An engineering student would earn a Bachelor of Science in mechanical or chemical engineering with an emphasis in manufacturing."

"Engineering students are used to three-dimensional modeling and manufacturing processes, but then we add lean accounting and strategic business planning courses they would not otherwise take. Likewise, the business students will also learn the manufacturing processes, such as the Toyota Production System philosophy. Every one of our students will be on the factory floor learning how to operate equipment, doing machining and welding. It's not that they will do that for a living, but they will better understand the process and the skill and the people who have those skills, and what they go through. If you understand what somebody does, you can work with him better." That makes a better manager.