icture this: In a research laboratory on a college campus near you, a researcher has a "Eureka" moment and arrives at a promising, perhaps even world-changing discovery in nanotechnology, biomedicine, renewable energy or the like. How does this promising innovation move quickly from discovery into the marketplace, where it can help create high-wage employment and economic prosperity? This is a problem worldwide, as economies struggle to regain momentum emerging from recession.

One answer to this question is in university research parks, places in which harnessing investments in research and education and empowering university, industry, and government collaboration is the order of the day. These places — variously called university research, science, or tech parks — are increasingly where these partnerships happen, and increasingly where important innovations occur and discoveries take place.

Traditionally, universities have concentrated on the development of an educated work force, a role that continues to be of vital importance. Today, universities have expanded their economic development roles and are partnering with government, industry and academia to form a powerful "triple helix." University research parks stand at the center of this activity, enabling effective, fruitful cooperation among them.

Clemson University's International Center for Automotive Research is a case in point. After choosing to locate its US headquarters in nearby Spartanburg, S.C., executives from BMW approached Clemson University to explore forming a joint initiative. With investments from the university, the state and BMW now approximately $250 million, CU-ICAR has created some 770 on-campus jobs, with spinoff and related industries expected to generate at least 11,000 more jobs off-campus in the near term. As of 2013, CU-ICAR had 109 Master's and Ph.D. alumni, 91 percent of whom hold jobs in the automotive industry. Underscoring the Center's commitment to the local economy, 44 percent of them are based in South Carolina. CU-ICAR is expected to grow significantly as an international hub of automotive energy research in the coming years. 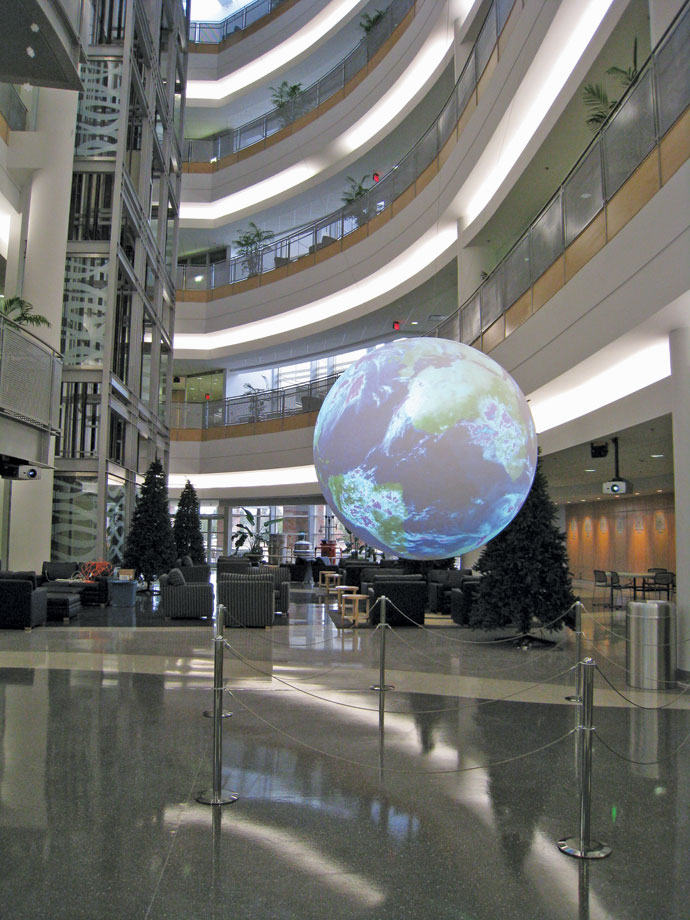 Another example is the Joint Institute for Food Safety and Applied Nutrition (JIFSAN) at the University of Maryland (UM) in College Park. Located at M Square, Maryland's largest research park, JIFSAN was founded as an alliance between the US Food and Drug Administration and the University of Maryland in April 1996. The Institute is a jointly administered, multidisciplinary research, education and outreach program that creates partnerships to increase the quantity and quality of food-related research. Its International Food Safety Training Laboratory (IFSTL) provides an innovative service as the first training facility in the world dedicated exclusively to hands-on training for professionals in laboratory methods for food safety. It was born from a unique public-academic-private partnership of UM, the FDA, and the Waters Corporation, harnessing the strength of the FDA Center for Food Safety, also located in the research park, to promote the safety of the food supply for both developed and developing countries. By locating a non-federally-owned training lab adjacent to the FDA, the IFSTL allows FDA scientists to help train international food safety professionals in a university-managed facility, supplied with the latest lab equipment provided by the private sector. But for this research park partnership, the FDA could not effectively address the issue of training for international food safety professionals. This partnership helps to solve a critical issue for consumers worldwide by leveraging a federal facility in the research park, and it provides economic benefit to Maryland airports, hotels and restaurants through the attraction of food-safety scientists from developing countries to the state for training modules.

The importance of another example is illustrated in recent headlines. The National Weather Service has been an active presence on the campus of the University of Oklahoma for decades, but after the terribly destructive tornadoes of 1999, representatives from the agency and the university convinced then-president Bill Clinton to authorize federal funding to create what is now called the Storm Prediction Center. The SPC is housed within the OU Research Campus, which has grown to incorporate more than 1 million square feet of office space. The SPC and related agencies employ some five hundred people, while the University of Oklahoma has emerged as one of the premier schools of meteorology in the nation, with more than five hundred students in graduate and undergraduate programs. The SPC could not be in a better location, given that the Oklahoma City metroplex is in the heart of what has been called "Tornado Alley." It has also emerged, like the larger research park in which it is housed, as an important economic engine for that community.

University research parks form communities of their own — what we know as communities of innovation. Those communities occupy real physical space, or real estate. Most parks are sited on land that has been improved and is ready for development, thus enabling companies looking for a new location to save significant entitlement and infrastructure preparation time. Parks often have existing buildings that are available for lease. The land and the space in a university research park offer something that is not available anywhere else: the university-industry connection. The park community of researchers, students and industry colleagues propel companies to progress through growth phases much more quickly. The environment of innovation and speedy implementation is the true engine of economic growth.

The University of Oklahoma Research Campus, for instance, began life at a former Naval Air Station that was decommissioned after World War II. After the University acquired its 277 acres, it developed a world-class campus for research and innovation.

"Universities have enormous capabilities and purchasing power, particularly because they are often able to issue bonds," says Cameron McCoy, executive director of the UORC's Corporate Engagement Office. "OU now has more than $300 million invested in the Research Campus, and mini-clusters of research-based industries such as genomics, chemistry, health sciences and nanosciences have grown to form centers of gravity." These cells allow the campus to grow organically, with old assets building on new ones.

Similarly, Baylor University's Research and Innovation Collaborative (BRIC) is structured to foster and encourage interdisciplinary research. With a facility that is conveniently located near all modes of commercial land-based and airborne transport, BRIC provides researchers, industry/business clients, and area institutions and organizations with over 300,000 square feet of functional space appointed for laboratories, prototyping and testing, offices and workspace, work-force training and meetings. The BRIC facility, funded by private and public sources, opened only this year, with full occupancy expected in 2016.

The first groups of Baylor researchers slated to occupy the BRIC have begun moving into their new laboratories and offices, among them electrical and mechanical engineering researchers and the staff of the Center for Spatial Research and Center for Astrophysics, Space Physics, and Engineering Research (CASPER).

One thorny problem is technology transfer and the ownership of intellectual property.

In short, university research parks work closely with regional economic development partners to leverage the comparative advantages of their home universities and their regional assets. "We have found ourselves acting almost as the Chamber of Commerce traditionally does in local communities," says McCoy. "We are entrepreneurs working toward the economic development of the entire region." Fifteen private companies now make their homes at the OU Research Campus, accounting for more than 750 jobs.

University research parks face many challenges, and not just those associated with an economy that seems slow to emerge from downturn. One thorny problem is technology transfer and the ownership of intellectual property.

"We are working on policies to expedite the commercialization of technology and the development of companies by students, both undergraduate and graduate, to create businesses that will be career paths for them on graduation day," notes Charles F. D'Agostino, executive director of the Louisiana Business & Technology Center at Louisiana State University's 250-acre Innovation Park. One successful program, called Access LSU, contains a community-outreach program that enables community members to ask for and receive assistance from university researchers and faculty as well as placing student interns and fostering contract research through university labs.

Eileen Walker is chief executive officer of the Association of University Research Parks. Her email is eileenwalker@aurp.net.

Another challenge is to remain competitive at a time when funding of academic science and engineering research and development has failed to outpace inflation, as the National Science Foundation reports, and when R&D investments generally have fallen dramatically over the last few years. The government of China, has established a multiyear framework to become more innovative — and, therefore, even more competitive than it already is. Singapore has become an incubator of new products and technologies, while Finland has merged its top business school, design school and technology school to create a multidisciplinary "university of innovation."

University research, science and tech parks are important tools not only for creating and maintaining employment in today's high technology sectors, but also as the places where discoveries happen and where the economy of the future will be born.