Down Under On Top 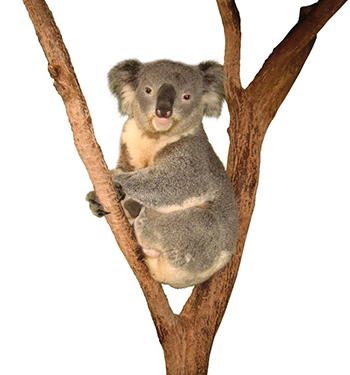 My father once mused that Australia and New Zealand exist so the rest of the world has something to envy.

He's not alone in that opinion.

In the Economist Intelligence Unit's (EIU) most recent global livability report six cities Down Under ranked among the 10 best on earth.

Both countries' economies rank among the world's safest for foreign direct investment, according to the Dun & Bradstreet Global Risk Indicator, and Australia is viewed as one of the world's most stable investment climates. A new report from PricewaterhouseCoopers predicts that Australian entrepreneurs could soon outpace their American counterparts, adding 540,000 new jobs by 2033 and accounting for 4 percent of GDP.

Not bad for a country with fewer people than Texas.

As you may recall, these two wildly successful nations grew from somewhat humble beginnings.

Australian schoolchildren are taught that in 1770 James Cook sailed his mighty ship the HMS Endeavour half way 'round the world, discovered Australia and New Zealand, and planted the Union Jack, claiming the land for Great Britain. 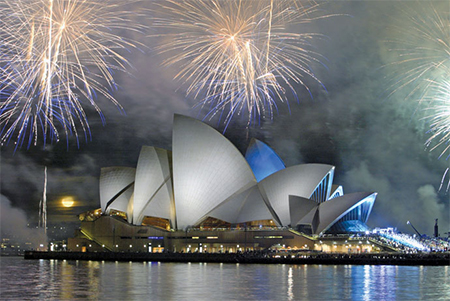 Never mind that Cook wasn't actually captain of the Endeavour, or that the ship's primary mission was to measure, from Tahiti, Venus' transit across the sun and assist European astronomers in calculating Earth's distance from it. Or that the Portuguese had visited 200 years earlier, even leaving behind a couple of cannons. History, as is so often the case, has been tidied up and re-packaged, and most locals will look at you askance if you suggest anything other than the generally accepted version of events.

Cook described Terra Australis Incognita (Latin for "the unknown land of the South") as lush, green and abundant with life, an account so absolutely accepted in London that, 17 years later, the British government dispatched 11 ships carrying 1,500 people on a one-way junket to colonize Australia.

That squadron, reverently referred to now as the "First Fleet," was not exactly a Carnival cruise (though the odds of a successful voyage were probably about the same). In fact, the First Fleet, revered or not, was a convoy of prison ships, packed to the gunwales with excess victims from Britain's overcrowded prisons and over-active judicial system. (Well, over-active if you were poor.)

British authorities (i.e., the ruling class), in an effort to cleanse undesirables from the homeland, sentenced them to seven years of fighting for existence on this isolated continent. They, of course, made no provision for a return to jolly ole England after the seven-year term, so this was usually a life sentence, but one ruefully accepted, since the alternative was a slow and painful death back home. (British statute books were chock-a-block full of capital offenses in the 1700s and 1800s. There were 222 crimes for which one would be hanged, boiled or burned to death, including robbing a rabbit warren, cutting down a tree or impersonating an Egyptian.)

And you think the U.S. government is loony?

In 200 years, America went from George Washington to The Kardashians. In that same span Australia went from prison inmates to Hugh Jackman. Score one for the Aussies.

In fact, score a bunch for the Aussies and Kiwis both:

The EIU recently ranked 80 countries on analysis of 11 statistical indicators including national wealth, political freedom, life expectancy, crime rates, weather and family ties. The study pronounced Australia the second best country to be born in, in 2013, and forecast a bright future for those currently dirtying diapers Down Under (although wee Australians dirty their "nappies," not their diapers). 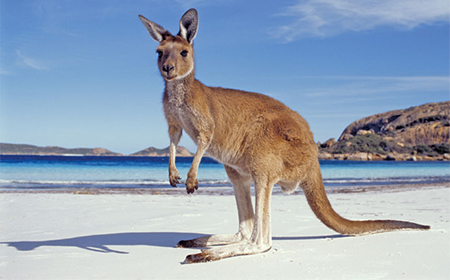 Captain Cook described Australia as lush and green, but that's because he only saw the edges. True, the country is rimmed by a thin belt of beautiful, bountiful land. The rest of it is the great, stark desert that Australians call the Outback. The Outback has absolutely nothing — except a world of mining minerals and resources.

New Zealand remains one of the world's leading agricultural exporters, though the nation's economic focus has expanded in recent years, developing thriving biotech and digital media sectors. (In a country of 4 million people the biotech industry, including nutraceuticals, supplements and functional foods, generated revenues of $760 million in 2008 and 2009 alone.)

Decades of free-market reforms in New Zealand removed many barriers to foreign direct investment, earning praise from the World Bank, which in 2005 named New Zealand the most business-friendly country in the world.

Australia's unemployment has hovered around 5.5 percent for much of the last year, a figure most Western nations would fall all over themselves crowing about. But Riki Polygenis, a senior economist with ANZ Research, warns that all may not be as rosy as that sterling stat would suggest. "Beware of the volatility!" cautions Polygenis, noting that the staggering monthly employment gain in February of nearly 72,000 "was subsequently followed by a fall of 31K in March and a rise of 50K in April. Looking through the volatility, trend employment growth is currently tracking at 16.5K per month, which is not fast enough to keep up with trend labor force growth of 22.8K per month."

Though that's quite a rollercoaster for a nation of only 22 million people, I'm guessing the United States would love to have such problems. 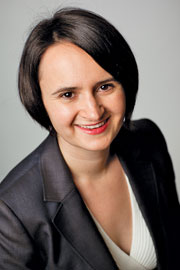 Though the recent resources mining boom shows little sign of slowing, many economists have urged Australia's government to capitalize on these heady days by focusing their efforts and incentives on expanding other key industries like clean energy, life sciences and advanced manufacturing. Ms. Polygenis remains cautious, however, pointing out that "the outlook for the labor market is a little more unsure (ANZ Research is forecasting a rise to 5.75 percent by the end of the year), with the transition away from mining investment to other areas of economic growth unlikely to be smooth."

Simon Woolmer, Investment Advisor to Austrade, Australia's national Investment Promotion Agency, notes that "Australia continues to attract FDI across a range of industry sectors — from traditional resources and energy opportunities through to ICT, agribusiness and clean energy. Investment into infrastructure projects, both on the finance and construction side, is also attracting considerable interest as the Australian Government continues to progress a range of infrastructure initiatives and increased tourist numbers creates a shortage of hotel beds in some cities. Whilst the US and Europe remain the largest source of investors in Australia, increasing interest is coming from other regional economies such as China, India and Malaysia"

Ms. Polygenis is more bullish on the state of New South Wales, predicting they're "best positioned for growth after many years of underperformance … underpinned by [significant] infrastructure spending."

Bridges are crumbling across America and Congress wonders how to fund (or, lately, how not to fund) the necessary infrastructure investment. In Australia they fret about unemployment rising to 5.7 percent. Feeling envious yet?

And then, of course, there's tourism, the industry responsible for 10 percent of New Zealand's GDP; the industry that contributes approximately $75 billion to Australia's economy annually, good for 3 percent of GDP. Ask anyone who's been and they'll tell you they can't wait to get back; these two countries are simply that beautiful. (This magazine was tempted simply to write "Go Here" on pages of stunning pictures.)

Australia and New Zealand are some of the most diverse, stunning, welcoming lands on this planet. Whether it's sitting in a cafe in Devonport, watching the sails in Auckland Harbour, strolling round the base of mighty Uluru in Australia, or diving the majestic Great Barrier Reef, there's a sense of peace here, of expectant wonder.

As the actor Russell Crowe, himself a Kiwi who lived in Australia, once said, "God bless America. God save the Queen. God defend New Zealand and thank Christ for Australia!"

Yeah, life is good Down Under. Go envy for yourself.