Where is Nestlé
Not Investing?

A German project illustrates the confidence this
conglomerate has in the underlying strength of Europe. 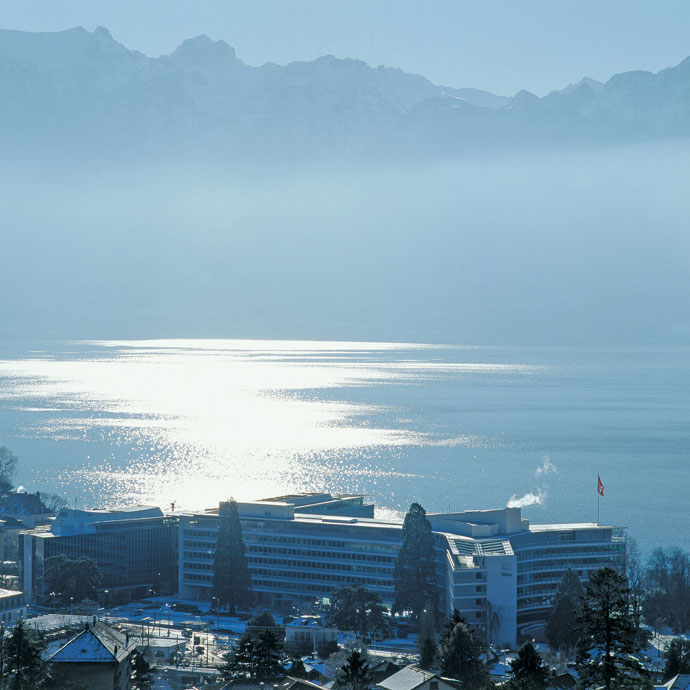 Nestlé headquarters on the north shore of Lake Geneva, in Vevey, Switzerland.
Photo courtesy of Nestlé
by MARK AREND
S

omeone tell Nestlé that Europe's economy is on the ropes. In the past 18 months, the Vevey, Switzerland-based nutrition and food services giant has invested in new facilities in France, Germany, Spain, Switzerland — and three in the UK (not to mention China, Jamaica, the UAE, Malaysia and Argentina, among other places). It's also expanding a Purina pet food factory in Bük, Hungary, adding 150 jobs to that site.

Nestlé management knows full well the company's many markets, of course — including Europe, where the multinational, with dozens of consumer brands in its portfolio (Gerber, Carnation, Buitoni and Perrier to name a few), has been expanding for 140 years. 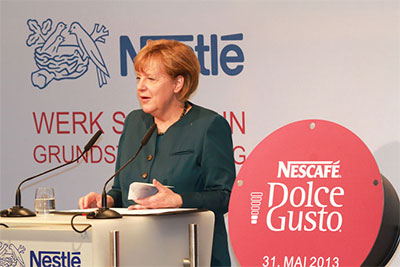 In May, it began construction on a new factory that represents the company's largest-ever investment in Germany. German Chancellor Angela Merkel joined Nestlé Chief Executive Paul Bulcke at a ceremony to lay a foundation stone for the company's €220-million (US$288-million) Nescafé Dolce Gusto site in Schwerin, in the state of Mecklenburg-Vorpommern. The factory is expected to create about 450 new jobs. Nescafé Dolce Gusto is a coffee pod and machine system for making gourmet coffee at home.

"In spite of the difficult economic environment, we believe in Europe's strength," said Mr. Bulcke. "We are convinced that growth is possible. This is why we are not only investing right now, but continuously, in the European market and in convincing innovations, modern technology, and highly qualified employees.

"This factory is not only our biggest investment in Germany, but one of our biggest-ever investments in Europe," he continued. "It reflects our long-standing commitment to Germany and illustrates our deep trust in a country where we have had successful operations for 110 years."

Germany is Nestlé's fourth biggest market worldwide and its number one market in sales of Nescafé Dolce Gusto. The factory in Schwerin will be the company's third fully dedicated Nescafé Dolce Gusto site, after Tutbury in the UK and Girona, Spain. It will produce around 2 billion capsules per year for the German, Scandinavian and Eastern European markets.

In March, Nestlé Waters marked the inauguration of a new, £35-million ($54-million) water bottling facility in Buxton, UK, which bottles Buxton natural mineral water and Nestlé Pure Life spring water. Also in the UK, the company in 2012 invested in its Product Technology Centre for confectionery, in York. The same year saw the Purina factory expansion in Hungary and a $321-million Nespresso factory in Fribourg, Switzerland.

"This factory is not only our biggest investment in Germany, but one of our biggest-ever investments in Europe."
— Nestlé CEO Paul Bulcke

"The Buxton factory is an excellent example of how we are continuing to invest in Europe despite tough economic conditions," said Paul Bulcke at the opening event. "This factory will contribute to accelerate the development of our bottled water activities and illustrates our capacity for innovation in production facilities via an approach that combines strong and sustainable production efficiency with outstanding environmental performances," he continued. 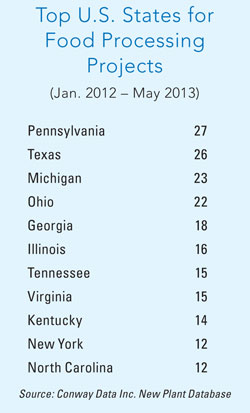 Mr. Bulcke was joined by Lord de Mauley, Environment Minister for the Department for Environment, Food and Rural Affairs in the UK.

"Investments like this in our food and drink industry help generate economic growth and create more jobs," he said. "This investment will ensure Buxton remains the home of Nestlé Waters' bottling facilities long into the future, which is good news for the local community, the economy and the environment."

The new factory is reducing its environmental impact in a number of ways, including cutting energy use and the amount of packaging it uses. For example, Nestlé Waters bottled water products are manufactured using an average of 25 percent less PET plastic across its range, compared to previous products. The factory's heat recovery system is recycling energy from the production process to help heat the warehouse and offices at the site. And a new drainage system is helping to sustainably manage rainwater.

The new factory is Nestlé's most recent multi-million-pound investment in the UK. The company invested £40 million ($61 million) over the past few years to create a European center of excellence for Nescafé Cappuccino in Cumbria. In 2012, it announced a £310-million ($477-million) investment in its coffee manufacturing business in Tutbury, Derbyshire, creating 425 new jobs.

A former Kroger ice cream production plant in Marietta, Ga., is now in the gelato-making business. Twin Cities-based Talenti Gelato was about to close on a facility near Minneapolis when management learned of an available facility in Cobb County, on the northwest side of Atlanta last summer. Most of the company's operations had just relocated to Minnesota from the Dallas area, so the addition of a production plant there would have made perfect sense.

Relocating Texas staff to the Atlanta area was deemed to be an easy sell, says Talenti founder Josh Hochschuler. 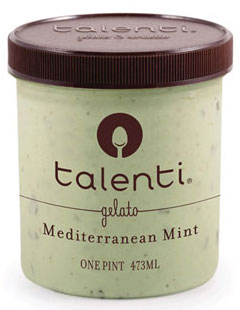 "A lot of the appeal was centered around what a great place the Atlanta area is to live in. We recognized that Marietta is very appealing, with rolling hills and beautiful lakes and streams. You could choose an urban setting or a rural setting and work here."

But the best-selling gelato maker still needed the right building, which it found in an industrial park in Cobb County.

"It had a lot of utilities in place — water and electricity and gas. That saved us a lot of time and money," says Hochschuler. Talenti had worked with brokers across the country to locate the right site, he says.

"The location is central for distribution," he explains. "A large concentration of our customers are on the East Coast, so in terms of logistics, it makes a lot of sense to be in Atlanta."

On the labor side, Hochschuler credits Georgia's Quick Start program as being "very helpful in identifying good manufacturing skills in the market." The facility will employ about 150 at full production.

The Marietta location now accounts for 85 percent of Talenti's production, and it has enabled the company to expand its product line to include a gelato pop. That's gelato on a stick dipped in chocolate, Hochschuler notes, requiring space in the novelty section of grocers' frozen food aisles.

ADVANCED MANUFACTURING: The Way We Were - Lessons from Manufacturing’s Front Lines (Jul 25, 2019)