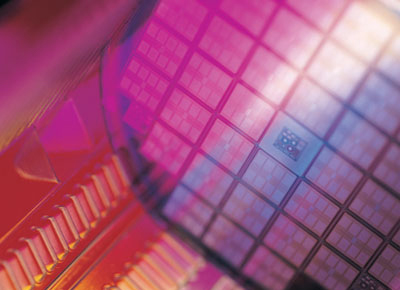 or four decades, the electrical and electronics (E&E) sector has been Malaysia's industrial bread and butter — a foundational sector that has only grown in importance as this Southeast Asian nation marches toward its goal of becoming a high-income economy by 2020. Along the way, Malaysia's government has cultivated the sector in such a way that it keeps pace with investing companies' higher-value E&E activities, including R&D and integrated circuit design and development, keeping them in Malaysia, as most of the 24 member companies of the Malaysian American Electronics Industry (MAEI) association can attest.

"Many MAEI companies have expanded their operations throughout the years," says Dato' Wong Siew Hai, MAEI Chairman, noting that Design and Development (D&D) investments have expanded from RM1 billion (US$323 million) in 2007 to RM2 billion (US$647 million) in 2012. "Furthermore, the number of D&D engineers has increased from 2,000 to 5,500 over the last five years. Many companies have set up business process operations in HR, IT, logistics, finance and procurement either to serve the region or the world. Some have even gone further to transfer complete business responsibilities to Malaysia. All of these initiatives are of course in line with the government's focus to encourage the possibility of becoming a higher-income, higher-valued nation known for its quality IT work."

MAEI members include the Malaysian divisions of such electronics giants as Texas Instruments, Agilent Technologies, Intel, Motorola and Western Digital, among others. With just seven years to the 2020 national Economic Transformation Programme finish line, will these and other companies in Malaysia be producing the products and components deemed to be cutting edge at that time? Or will that production be taking place elsewhere?

"The key issue here is talent," says Wong. "Malaysia definitely has a competitive edge, and this can be brought to even more favorable heights if talent can be further maximized." Malaysia has put a series of programs in place to address this issue, he relates. "First, it has taken the industry's input into consideration to encourage more engineers and scientists to pursue Masters and Doctorates through government-funded MyMSc and MyPhD programs. Additionally," he adds, "it has set up a number of Centers of Excellence in the country."

The Centre of Electrical & Electronics, for example, is a government-supported initiative set up by the Northern Corridor Implementation Authority and operated by USains Infotech Sdn. Bhd. that supports SMEs and start-up companies through talent development, research collaboration and access to resources, sophisticated equipment and expertise.

"Furthermore, if we look at attaining achievements in the short term, Malaysia has provided resident passes for expatriates with the appropriate talents to work in Malaysia," says Wong. "On top of this, TalentCorp is working to attract Malaysian talent working overseas back to Malaysia. The government is also reviewing a new education blueprint to improve local education standards."

A Bridge to Sector Prosperity

E&E startups benefit from the government's formation in 2012 of the Collaborative Research in Engineering, Science and Technology Center (CREST), which fosters Malaysia's E&E ecosystem by investing in facilities and equipment, cultivating the talent pool with skills development and serving as a bridge between university research and industrial commercialization.

"CREST is a platform for industry players, academia and the government to collaborate to promote E&E research, design and development activities in Malaysia," says Datuk Noharuddin Nordin, Chairman of CREST and CEO of the Malaysian Investment Development Authority (MIDA). CREST's key activities are grounded specifically in research & development, talent development and commercialization, he says.

"Many activities have been introduced, such as R&D grants to facilitate academia and companies getting together to collaborate on research through which universities can increase their ability to produce industry-ready researchers, and industry players can benefit from the research findings," he elaborates.

"In 2013, The National Key Economic Area (NKEA) will move towards ‘E&E 2.0' where a re-clustering of existing Entry Point Projects (EPPs) and the introduction of several new EPPs will take place," says Datuk Noharuddin Nordin. "The main reason for this is in order for the E&E sector to thrive, it needs to move from merely manufacturing activities to include higher-value activities, like design, assembly, packaging and becoming a total solutions provider. By moving up the value chain, the E&E industry will propel the country forward through the creation of high impact jobs, increased Gross Domestic Product (GDP) and Gross National Income (GNI) and attracting more Foreign Direct Investment."