Saxony-Anhalt provides the mix for firms in the chemical-plastics sector.

he industrial cradle of Central Germany provides the lifeblood of manufacturing — the critical ingredients of chemistry and plastics — that keeps factories around the world humming.

From cars and yogurt cups to clean water and solar modules, the building blocks of petro-chemical products required in their manufacturing process increasingly originate from the German Chemical Triangle that includes Saxony-Anhalt.

In 2012, chemical companies accounted for 8 billion euros in total sales volume in Saxony-Anhalt, up about 2 percent from 2011. Since the early 1990s, investments of 17 billion euros have been made into physical plants and infrastructure in the chemical manufacturing sector of the state in the eastern part of Germany. 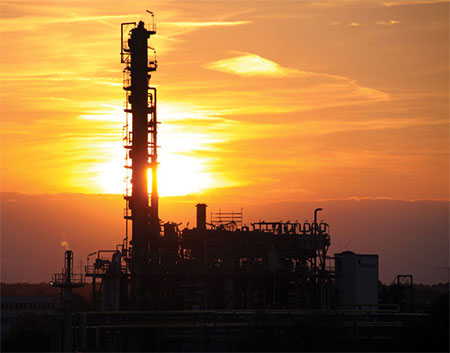 About 30,000 chemical manufacturing jobs have been created over the past two decades in the German Chemical Triangle, which stretches from Saxony-Anhalt and Brandenburg to Saxony. From 1991 to 2011, 404 corporate facility projects in the chemicals sector have opened in Saxony-Anhalt alone.

In fact, the concept of the "chemical park" was both created and realized for the first time in the world in Saxony-Anhalt. "Our state has provided the impetus for the further development of the chemical industry throughout the world," said Reiner Haseloff, prime minister of Saxony-Anhalt.

He is not overstating the case. Two of the three largest chemical parks in all of Germany are Leuna and Bitterfeld, both in Saxony-Anhalt.

A third — Zeitz Chemical and Industrial Park — is an emerging leader in this sector. Located about 40 kilometers southwest of Leipzig, Zeitz ranks 17th in total size (232 hectares) out of the 60 chemical parks in Germany. Zeitz is also known as the "Green Chemistry Site."

Zeitz was originally established in 1937 as Carbon-Hydrification Works of Zeitz. To date, about 350 million euros of industrial plant investment have been built on site; and today the combined revenues of the companies operating in the park is about 300 million euros per year.

The 50 companies in Zeitz include 15 manufacturers who employ a combined total of 600 workers.

"The largest chemical parks in Germany have more than 1,000 hectares, but our smaller size allows us to accommodate small to mid-sized companies and family-owned operations," says Arvid Friebe, divisional director of location development and finances for Zeitz. "Our tenants tend to be international in origin and scope. Puralube Holding GmbH is an oil recycling company from the USA. Radici Chimica Deutschland GmbH is an Italian manufacturer of acidic material used to produce nylon. Interstarch GmbH is a Ukrainian firm that produces modified or industrial starch from wheat for the chemical and paper industries. We have some smaller operations based here too."

The Ingredients for Growth 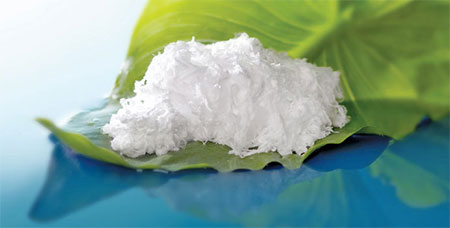 DEUREX AG opened its new plant in Zeitz in April. The industrial wax producer has been based in Saxony-Anhalt since 1999.
Photo courtesy of DEUREX AG

Two Zeitz tenants that are expanding rapidly are Puralube and DEUREX AG. "Puralube is in the process of setting up a third oil refinery in Zeitz," says Friebe. "They received their environmental permit at the end of April, and all of the financial arrangements have been made by their holding company in Wayne, Pa. They are planning to invest 50 million euros, create 50 new jobs, and increase their total production capacity from 180,000 metric tons to 270,000 metric tons."

The company takes used engine oil, recycles and refines it, and converts it for re-use as long-lasting engine oil again.

Andreas Schueppel, CEO and managing director of Puralube in Germany, tells Site Selection that his company opened its first German refinery in 2004 and now operates two refinery units in Zeitz.

"We decided to invest in our third refinery here," he notes. "With this investment, we are expanding our capacity by 50 percent. In order to realize synergies as much as possible, we will build the third plant on the same site. Over the last five years, we have increased our revenues by 63 percent."

"Because we found the perfect infrastructure here at this site, we were able to save capital during the investment phase."
— Andreas Schueppel, CEO and managing director, Puralube in Germany

He adds that Puralube has benefited from government subsidies that help startups and expanding firms increase their physical plant space and hire new workers in Saxony-Anhalt. "We decided to install our first refinery here in order to reduce our own risk," says Schueppel. "Because we found the perfect infrastructure here at this site, we were able to save capital during the investment phase. This allowed us to focus on our core business. We also have a lot of utility supplier support around us — including hydrogen, steam, natural gas, wastewater disposal, etc. Because of our success here in Saxony-Anhalt, the company is now actively planning to realize its first refinery project in the U.S."

Torsten Rodiger, media relations officer for DEUREX AG, says the international supplier of industrial waxes is expanding in the Elsteraue industrial park in the Zeitz Chemical and Industrial Park.

"DEUREX was established in 1989, and since 1999 we have been located in Saxony-Anhalt," he says. "Our new plant opened here in April and has an output capacity of about 800 metric tons per year of our industrial waxes and oil absorbents."

DEUREX is still a small company, but it is growing swiftly. "Since 1989, we have had a growth rate between 10 and 25 percent every year," says Rodiger. "Traditionally, Saxony-Anhalt has always been very strong in the chemical industry sector starting with open-pit mining and the petroleum refining industry. Many highly qualified workers and chemists have been trained and settled here. Since our products — industrial waxes — are originally made of petroleum, Saxony-Anhalt is the perfect location for a chemical company such as DEUREX."

Doorway to All of Europe

The central location in Europe is a key factor, says Rodiger. "Saxony-Anhalt is located in the heart of Europe," he adds. "The major portion of our partners and customers is situated in Europe, and we can reach and supply them in very short term. The industrial park here is near the Leipzig-Halle Airport, which is developing as a European air hub. The park has a very good connection to national and European motorways. A lot of forwarding agencies are established here, and they help us deliver our products within very short periods of time."

Zeitz's Friebe says tenants are impressed with the resourcefulness of the people of Saxony-Anhalt. "After the fall of the Berlin Wall, we had to start from scratch again in Zeitz," he says. "We did that by an invention borne of necessity - the concept of the chemical park. We added infrastructure and utility services."

This investment profile was prepared under the auspices of IMG, the Investment and Marketing Corporation of Saxony-Anhalt. For more information, contact: Kristin Gabor, regional manager for North America of IMG at +49 (0) 391 568 99 22 or by email at kristin.gabor@img-sachsen-anhalt.de. On the Web, go to www.invest-in-saxony-anhalt.com.