Analysis and modeling of renewables will help Verizon in rugged terrain and back at the office.

This case study was prepared exclusively for Site Selection by project leaders from Verizon and the National Renewable Energy Laboratory.

The information and communication technology industry accounts for three percent of total U.S. electricity consumption, half of which is attributed to telecommunications. With this is mind, Verizon has been looking at ways to power its facilities using reliable and sustainable technologies.

Verizon delivers wireless network and fiber optic network services through thousands of transmission sites nationwide. Many of the transmission sites, which require electricity to operate, are located in extreme, remote areas, such as mountaintops or desert valleys. Currently, Verizon leverages generators and liquid fuel as power for its electronics at its off-grid sites. The ongoing operation and maintenance requirements for these remote generators add to the burden.

"Reaching remote transmission sites is challenging at best due to rugged terrain and rough weather conditions," says Roger Maiorano, principal engineer with Verizon. "Some of them are only accessible three months of the year, if we're lucky. This makes reliable, redundant power systems a must."

Through a partnership with the U.S. Department of Energy's National Renewable Energy Laboratory (NREL), Verizon set out to find a better way to power its off-grid sites and save on fuel storage and delivery costs, while improving reliability.

"We looked at a number of technical assistance options, but none offered the third-party, nonbiased analysis that NREL has perfected," says Maiorano. "NREL's expertise, labs, facilities, research, and software tools made the partnership a great fit." 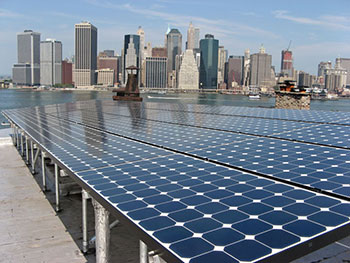 Because renewable energy resources can vary hour-by-hour, HOMER provided detailed analysis models and renewable energy system options with operating performance outlined for each of the 8,760 hours in a typical year. It also estimated capital costs, operations and maintenance costs, and life-cycle costs for the recommended renewable energy technology (or combination of technologies), as well as the levelized cost of energy for each.

These parameters were then evaluated against Verizon's business goals and electricity needs to identify available renewable energy options and technologies. Technology characteristics and limitations for each option were further analyzed to ensure optimum system reliability while minimizing costs and operations and maintenance requirements.

The NREL analysis resulted in recommendations for solar- and wind-based renewable energy system performance specifications and suggested other technology options, such as alternative battery systems, for each site assessment that would prove to be life-cycle cost-effective compared to off-grid generator and liquid fuel use.

"Innovation and application of energy-saving technologies in a way that makes sense in the marketplace are vital to improving the nation's economy and environment," says NREL Director Dan Arvizu. "NREL's work with Verizon could produce a blueprint for energy-efficient operations in one of the most energy-intensive industries in the world on a square-foot basis."

The initial site selection phase identified and prioritized sites based on the cost of operating generator and battery systems at each, which involved the remoteness of a site and obstacles like snow accumulation. The NREL studies provided information needed for the next phase of site selection, which factored in land availability and engineering and economic details that affect implementation. 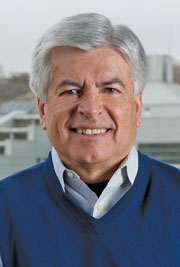 "Once we established the technical and economic viability of a renewable energy project, we took a comprehensive, 360-degree look and considered all the land-use planning, permitting and regulatory issues that would affect the project," says Andy Walker, principal engineer at NREL. "We have to be especially concerned about how projects affect Verizon operations and reliability, and their need to standardize among a very large number of cell phone tower sites."

NREL's analysis showed that Verizon could reduce the cost of powering these sites by 45 percent or more through the use of solar photovoltaics (PV), wind turbines, and additional batteries. In terms of renewable energy use, the proposed system specifications would meet over 90 percent of each site's energy demand with renewables, leaving the propane-fueled generator as a secondary power source a majority of the time.

"Reaching 100 percent renewable energy would not be technically viable or economically feasible for Verizon at these sites," says Walker. "Meeting that remaining 10 percent would require an exponentially larger system to cover worst-case conditions of solar and wind resource availability. Combining renewables and a generator together in a hybrid energy system delivers the best features of both — low daily operating cost of PV with the reliability of a generator — resulting in an ideal choice in terms of performance, reliability and costs."

"Verizon is an innovative company and we have been increasing our focus on energy efficiency and reducing our carbon footprint," says Maiorano. "But, we're conservative when it comes to making critical decisions about the reliability of the power systems in our network. We want to make sure that the renewable resources are available to meet our needs, are consistent with our design requirements, and that a solid return on investments is possible before investing time and money."

Currently, Verizon is prioritizing off-grid transmission sites for renewable energy implementation (and looking at five additional sites with NREL) with plans for ongoing deployment as outlined by the NREL analysis. Future plans include expanding site assessments to screen the company's 49,000 on-grid sites, with NREL providing analysis and support along the way.

While some of Verizon's sites are beginning to implement renewable energy technologies, the process can take several years due to real estate planning, environmental permitting, construction, approval processes, and other factors that can impact each project's schedule and completion. Despite the potential long lead time for some of the projects, Verizon is committed to facing these challenges head on to deliver powerful answers to the global energy problem.

"Each of our sites has a different story," says Maiorano. "Each has its own climate, wind, and solar exposure as well as available land to locate equipment. We're pursuing them all and making strides to improve the reliability of our remote transmission sites with renewable energy options."

Additionally, Verizon is working to standardize the NREL-provided performance specifications and requirements for application across all its network transmission sites, allowing for streamlined operation and maintenance regardless of location.

"Verizon has taken significant steps in becoming a greener, more energy-efficient company," says James Gowen, Verizon's chief sustainability officer. "By partnering with one of the top science and technology labs in the world, we'll be able to achieve even greater efficiencies in a cost-effective fashion. We're very excited about this opportunity." 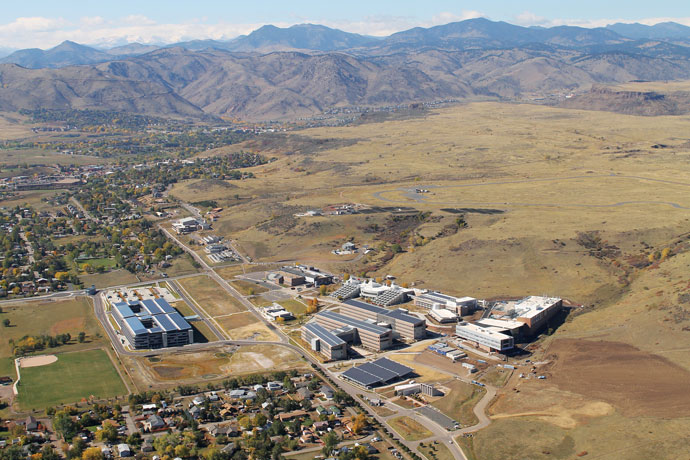 The U.S. Department of Energy's National Renewable Energy Laboratory, based at its Table Mesa campus (pictured) in Golden, Colo., works with a wide range of companies on both technology testing of products and on use of those technologies by other end users. A new study by the University of Colorado's Leeds School of Business revealed that the net economic benefit of NREL to Colorado’s economy was $814.8 million in fiscal year 2012. NREL supports 2,300 jobs in the state.
Photo by Dennis Schroeder/NREL, Oct. 2012

The information and communications technology industry is one of the most energy-intensive industries in the world, which led NREL and Verizon to sign a first of its kind agreement to explore a variety of possibilities for using clean energy and improving energy efficiency in a large and meaningful way.

"Solar, wind, geothermal and fuel cells are clean technologies that can contribute to our sustainability goals," says Alan Scott, Verizon's Green Energy lead. "Verizon continues to explore ways that we can partner with NREL to capture the environmental and economic benefits at our corporate facilities, data centers, central offices, cell sites, and retail stores. Opportunity is everywhere; you just need to view the world through a green lens, and that cultural transformation is real and happening now."

Verizon recently announced plans for a much larger renewable energy initiative to meet its goal to cut 50 percent of its carbon intensity (carbon emissions produced per terabyte of data) by 2020. The company is investing $100 million in solar and fuel-cell energy projects to help power 19 of its facilities in seven states across the country. These facilities include corporate offices, call centers, data centers, and central offices. The estimated results will generate more than 90 million kilowatt-hours of clean energy and prevent more than 15,000 metric tons of carbon dioxide emissions.

"This is a natural evolution of our sustainability efforts and of our use of alternative energy to power a variety of our facilities," said Gowen. "These projects will reduce our carbon footprint, relieve demand on the electrical grid, and enhance the resiliency of our proven service continuity — even during outages."