Grow
If You Want To

Listen to the guides and they'll tell you: The Rockies are a nice place to launch. 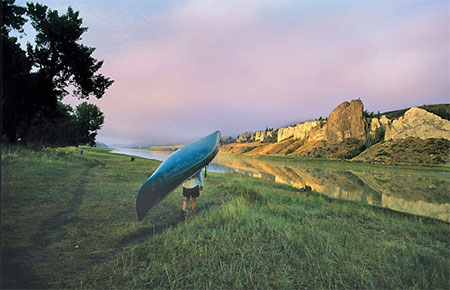 A canoeist prepares to embark on the upper Missouri River in Montana.
Photo courtesy of Montana Office of Tourism

ed by the U.S. Small Business Administration's Business Person of the Year for 2012, and picked as Montana's Innovation Company of the Year in August 2012, Simms Fishing Products, captained by President K.C. Walsh, moved into a new 60,000-sq.-ft. (5,574-sq.-m.) headquarters, production and distribution facility in Bozeman last year.

"This company truly is an economic engine for our state," said Montana's senior U.S. Senator Max Baucus in highlighting the company's 75-percent payroll growth from 2009 to 2011. Walsh gave credit to Baucus for "breaking down trade barriers abroad" and thus boosting Simms' ability to create jobs in its industry-leading role as a provider of apparel for outdoor sports professionals and guides. Between 2010 and 2012 Simms grew sales by 20 percent.

Walsh relocated the company from Jackson, Wyo., to Bozeman, home of Montana State University, in 1993. Why? "Walsh grew up in a fly-fishing family and it was his life-long dream to live, and work, and play in Montana," says the firm. Today the firm is the sole fishing wader manufacturer to produce its products in the United States, and employs 120 people.

That's well within the defined size of a small to medium-sized enterprise (SME), which, according to who's counting, can range as high as 500 employees — a lunker-sized catch for any community. A number of sources indicate the Rocky Mountain states of Colorado, Idaho, Montana, Utah and Wyoming are primed to welcome exactly that sort of business.

States and Cities Working Together

The authors gave credit to Utah's pro-business leadership. They could also give credit to the entrepreneurial bent of its public-private programs supporting SMEs, such as the Goldman Sachs 10,000 Small Businesses initiative. Goldman Sachs launched the program in Salt Lake City in 2012 in partnership with GOED, committing $10 million for small business loans and grants and another $5 million for business education through a partnership with Salt Lake Community College.

Utah and Idaho also performed well in the second-annual Thumbtack.com Small Business Friendliness Survey, conducted in partnership with the Ewing Marion Kauffman Foundation and released in early April. The survey of more than 7,700 business owners found that Utah, Alabama, New Hampshire, Idaho and Texas rated as the top-five friendliest states.

Among the expanding list of tools in Idaho, as a result of the 2010 Census, the southern Idaho region's New Market Tax Credit area has significantly expanded, and now includes the cities of Twin Falls, Jerome, Burley and Rupert in the New Market Tax Credit impact zone. The change opens the communities' businesses and developers to between 15 percent and 20 percent in total subsidies on qualifying future projects. "We anticipate this will be a new and major tool toward growing and improving business development and related projects in four of the growing cities in southern Idaho," says Jan Rogers, executive director of Southern Idaho Economic Development Organization.

The Kauffman Index of Entrepreneurial Activity released in April found that business creation rates remained highest in the West. Among states, Montana had the highest entrepreneurial activity rate, with 530 per 100,000 adults creating businesses each month during 2012. 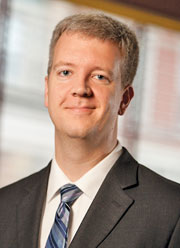 TECH-Net, a database tracking Small Business Innovation Research (SBIR) awards and Small Business Technology Transfer (STTR) awards, reveals that, for the years 2010-2013, Colorado was sixth in the nation in combined SBIR and STTR awards, with 312 totaling more than $102 million. No doubt many of those firms are also assisted by the type of program launched by Pueblo Economic Development Corp. in June: a matching grant program funded with $35 million in local economic development taxes in conjunction with Gov. John Hickenlooper's Advanced Industries Accelerator Act.

"Companies come to Colorado for the right reasons. The location fits their business model," said Richard Werner, vice president of Pueblo Economic Development Corp. "The incentives are a wonderful additional benefit that reduces the cost and burden of expanding to a new location. If we can help the process by expediting the project through permitting and adding a cash value then the company can concentrate on hiring employees and becoming profitable as soon as possible."

The 2013 Enterprising States report from the U.S. Chamber of Commerce and Praxis Strategy Group, released this spring, focused on business climate factors affecting SMEs and entrepreneurs, measuring all 50 states across a number of meaningful criteria. The five Rockies states perform well, led by Utah, which placed among the top 10 across all six topical areas.

It has a lot to do with the unique settings, programs and institutional infrastructure for SMEs that the states and their metro areas provide, says Mark Schill, vice president for research at Praxis and lead analyst for the Enterprising States report.

"States and economic developers in general are increasingly moving toward entrepreneurial support, and focusing on locally grown companies," he says, because emerging research says those firms are the ones creating jobs.

The concept of "economic gardening," he says, had its origin in the Rockies, specifically the Denver-area municipality of Littleton, where Chris Gibbons "really pioneered that line of thinking, and it's slowly become a movement." Gibbons, the city's director of business/industry affairs, retired last year after more than 25 years with the city. The departure came as city leaders looked to move beyond economic gardening as a central economic development mission, even though sales-tax revenue and jobs have achieved stellar and steady gains under Gibbons' tenure.

"I think a good business climate in general is going to benefit both small and large enterprises," says Schill, particularly when it comes to talent and work force issues. He notes that all five states are in the top 15 in business climate nationally, and also do very well on talent measures. "That's part of why those states have been successful lately," he says. He also observes that a lighter manufacturing profile in the Rockies meant the region didn't suffer when the bottom fell out of the manufacturing economy a decade ago. "They're newer in their development trajectory," he says of the Rockies states' industry composition. 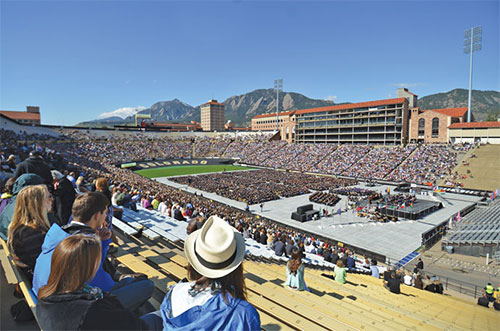 Football games are great, but accessing the emerging talent present at places such as Folsom Field during the 2013 commencement ceremonies at the University of Colorado Boulder is something companies large and small can really get behind.
Photo by Glenn Asakawa/University of Colorado

Getting things done on a faster trajectory is also high on SMEs' priority list, and states are responding by trying to streamline policies and procedures for permitting. Leiphon says Colorado and Utah both launched regulatory streamlining processes that brought small business to the table. "In Utah they cut 358 regulations, according to our 2012 report," says Schill, noting that the state's other standout attributes include its regulatory structure for banking and its high number of multilingual individuals.

Here are further highlights from the Enterprising States report:

Colorado's Enterprise Zone tax credit program offers a variety of credits and exemptions to businesses that create jobs in designated zones, including economically distressed rural areas. Looking to enhance the program, the state launched a task force in 2012 to identify reforms for review and adoption by the 2013 legislature.

The CO-EXIst initiative offers grants and support to companies seeking to do business in China and Mexico, funding trade missions and other export enhancement activities.

Idaho's business establishment birthrate ranks a robust 9th among the states, and its business climate ranks 10th overall, "an accomplishment that is undoubtedly fostered by the Business.Idaho.gov web portal, created to help simplify business interactions with the state government."

Small business development in Montana is supported through the state's MicroBusiness Finance Program. Active for more than 20 years, the initiative offers loans to companies with up to 10 employees, working through the state's network of MicroBusiness Development Corporations. In addition to providing funding to finance expansion and associated job creation, the program offers businesspeople access to training, information, and other resources they need to improve their companies' competitiveness.

Montana's Growth Through Agriculture program offers grants and loans to businesses in the process of developing marketable agricultural products and processes.

There are more than 7,000 technology companies in Utah, according to the Utah Technology Council, and job growth in these companies is twice that of businesses outside the high-tech industry. In 2012, the Utah Legislature approved $2.5 million in funding for The Engineering Initiative. This funding will help recruit faculty, strengthen distance education systems, and provide scholarships to increase the supply of engineering graduates needed to sustain the growth and attraction of high-tech companies. USTAR also received $6 million in 2012 to support research and innovation at Utah's universities, creating commercial opportunities leading to private sector business development and attraction.

Startup Ogden is one example of the State of Utah and the Governor's Office of Economic Development teaming with higher education to boost economic development. A relationship with Weber State University offers technology and business skills training to residents and to startup businesses in the community.

Wyoming's Business Ready Community program creates a structure for the state to partner with cities and towns on job creation. Under the terms of the program, the state provides loans and grants to finance infrastructure upgrades needed to help a business expand or locate in a community, undertake economic planning, or upgrade amenities to make a community more attractive to business activity.

To help new small businesses easily gain access to the permits and licenses they need to get up and running, Wyoming established a Business Permitting Assistance Office. This one-stop shop offers entrepreneurs easy access to information on regulations related to starting and growing a business.