t's been said that sometimes you need to "give a little" to "get a little." When it involves economic development site selection, giving of incentives can be tough, but the getting can be great and, in the end, if you get more than you give, you're experiencing a net gain. That gain equates to real jobs, taxable revenues and stabilization of many communities throughout the U.S.

Zones of opportunity exist across the United States as a means of bolstering local capital investment and job creation through the provision of incentives. They allow that "give and get" equation to provide substantial returns to communities through reinvestment and creation of jobs in areas targeted for reinvestment and stabilization. There are multiple zones developed throughout the U.S. and they go by many names, including: Renaissance Zones, Enterprise Zones and Keystone Opportunity Zones. Additional local zones such as Tax Increment Financing Areas, Tax Free Areas and Federally-Designated Areas exist to entice redevelopment of identified areas of need. 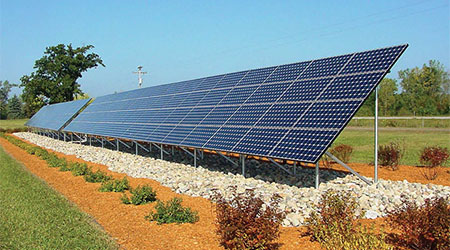 A solar array at Dow Corning headquarters in Midland, Mich., where a Renaissance Zone for renewable energy created in 2010 welcomed a $165-million solar shingle factory from Dow.
Photo courtesy of Dow Corning and Saginaw Future

Generally, all zones provide some form of tax break or exemption and are given enhanced economic advantages as an inducement to locate there and employ residents. Whether the reason is due to loss of employers, property degradation or declining population, these zones offer companies simplicity and clarity of benefits through packaged incentives crafted to entice development within the zone.

The benefits offered within special opportunity zones across the U.S. align squarely with siting and location considerations listed as most critical by site selectors and end-users. Beyond the additional capital investment and job creation through new investment, communities can experience some surprising benefits that lead to bottom-line gains as well.

Consider the Keystone Opportunity Zones (KOZ) found in Pennsylvania. The first KOZs were established in 1999 and continue to be supported legislatively today. Created to reduce or eliminate the tax burden for property owners and businesses throughout Pennsylvania, the majority of designated sites are located in former industrial parks or near airports.

Pennsylvania experienced a significant amount of industrial growth during the 1970s and 1980s. However, as the economy shifted into the 1990s and into today, the state has been left with expanses of factories, mills, office buildings and abandoned infrastructure as well as a significant loss of taxable revenue and local jobs.

Beyond providing incentive support to locating or expanding businesses, KOZs allow a community to create new opportunities to repurpose existing infrastructure suited for primary users. Communities benefit through stabilization of tax base, increase in local jobs and capture of utility fees from new users.

Through the Keystone Opportunity Zones, Pennsylvania has been able to entice development within areas that allow for the repurposing of existing infrastructure, providing a significant cost savings to companies and communities alike.

Time to production is among the most important considerations in determining a new location for a business. Delays caused by lack of or inappropriate zoning, inability to receive required permits or a host of other related land development issues can lead to either company losses or a lost prospect to the community. Opportunity zones that specifically address the expedition of these critical decision factors are key to creating an environment that is pro-business.

California's Enterprise Zone (EZ) Program was created to stimulate business investments in areas that are economically disadvantaged and to spur job growth in areas of high unemployment. Beyond tax credits, the program offers job referral services, development permitting expedition and reduction on development permitting fees. Companies developing within a qualified California EZ are given special considerations on their financing arrangements. They receive priority for Industrial Development Bond applications, and lenders may deduct net interest income on loans to EZ businesses.

Regardless of economic conditions, communities that can hone in on their existing assets and provide flexibility in their incentives offerings have found success.

Michigan is the leading auto-producing state in the U.S. However, changes to the economy over the past several decades have changed the siting patterns, investments, facilities needs and number of locations necessary to serve the auto industry. The result has left pockets of areas throughout the state in need of redevelopment.

Michigan is a leader in other capacities, as well. The state ranks in the top five in overall research and development (R&D) expenditures. Michigan is also strong in agricultural production, with more fruit harvested in the state than any other in the U.S.

Michigan recognized the need to attract jobs for their diverse, skilled work force and has developed options such as the Renaissance Zone program. With advantages to offer in multiple primary sectors, Michigan identified a need to develop special opportunity zones to accommodate the many different user types considering their state for location. Zones exist for agricultural and forest products processing, border crossing, renewable energy, tool and die and mega-projects. Through the offering of diverse zones, Michigan has allowed prospective end-users to select sites within targeted areas and receive significant tax advantages as a result.

Many U.S. communities have experienced a declining population and have sought innovative ways to attract development to their communities. The ability to create zones such as Tax Increment Financing (TIF) Areas has allowed effective partnering between companies and communities to enhance local quality of life.

The increased mechanization of agriculture has led to less agricultural production jobs, which left some Nebraska communities faced with finding innovative ways to maintain their communities and the sometimes over-built infrastructure to serve a declining population base. Through TIF, multiple Nebraska communities were able to achieve the development of biofuel plants that provide considerable numbers of higher wage jobs and significant capital investment to rural areas in need of investment. TIF allowed the communities to, in a sense, partner with the developers of these plants to provide the necessary infrastructure and site improvements to ready parcels for development. These plants have played a substantial role in stabilizing multiple Nebraska community economies.

Tax Increment Financing is designed to help finance development in either state- or locally-designated redevelopment areas, generally through the bonding of future tax revenues. The uses for TIF are typically restricted to those that are "public" in nature, including a variety of forms of infrastructure that serve the new development as well as the larger community. 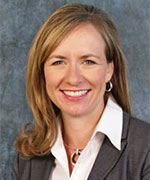 Simply put, if structured properly, Zones of Opportunity provide more than simply an incentive package to companies and developers. The "give" and "get" are that they provide opportunities for communities to repurpose vital infrastructure and assets while sustaining quality of life through job creation. In the end, they prove to provide significant benefits to their costs, creating a net gain to the communities where they exist.

Courtney Dunbar is the Economic Development Leader for Olsson Associates in Omaha, Neb.