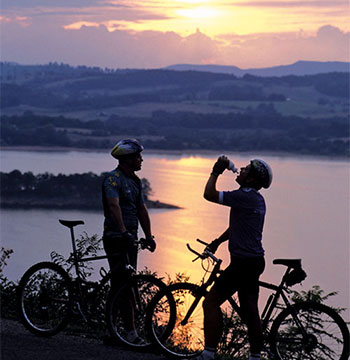 But it's eastern Tennessee — better known for its tourism attractions in and around the Great Smoky Mountains than its industrial base — that is attracting the lion's share of investment in the Volunteer State so far this year. On May 29th, Eastman Chemical Co. Chairman and CEO Jim Rogers and Tennessee Governor Bill Haslam announced "Project Inspire" that over the next seven years will see Eastman invest $1.6 billion in its Kingsport site and create 300 new jobs in Tennessee. The project will enable the company to invest in, among other things, new growth opportunities, safety and environmental projects, increased warehouse capacity, building renovations and expansion of its corporate campus.

"This represents a landmark capital investment that will modernize and expand our largest manufacturing site and corporate campus here in Kingsport," said Rogers. "This multi-year project will culminate in Eastman's 100th anniversary in 2020. I can think of no better way to honor our long-term commitment to this site and surrounding community than through this very significant investment in our future." The state will provide funding to support the corporate campus expansion, road infrastructure improvements for the project, and a grant to meet advanced manufacturing training needs for the company through the Regional Center for Advanced Manufacturing located in Kingsport.

Also in Kingsport, Leclerc Foods is investing more than $15 million in its facility, where it makes granola bars, crackers and cookies, and adding 40 jobs to its payroll. The Canadian company also operates plants in Pennsylvania and in the Canadian provinces of Ontario and Quebec. "The quality of the local suppliers, the skilled work force and the good collaboration of all the local authorities has really created a good business environment for us," says Francois Gingras, director of engineering.

Blount County, south of Knoxville, is another eastern Tennessee region where another industrial giant with a 100-year history in the state is expanding. Alcoa announced in May a $275-million investment over the next three years at its rolling mill in Alcoa, resulting in 200 new jobs. The company is seeing sharp demand for light, durable and recyclable aluminum for use in automobile production.

"More and more auto producers are turning to aluminum to increase the fuel efficiency and quality of their vehicles," noted Chairman and CEO Klaus Kleinfeld at the expansion announcement. "We anticipate a quadrupling of auto sheet volume by 2015 and a tenfold increase by 2025."

Earlier in the year, ProNova Solutions, a developer of cancer treatment technologies, announced its decision to locate in the new Pellissippi Place technology research and development park in Maryville, in the heart of the Oak Ridge Corridor/Innovation Valley. The $52-million investment is forecast to create 500 jobs by 2018, but that number is expected to grow substantially in subsequent years.

Proximity to the Dept. of Energy's Oak Ridge National Laboratory and its many technology resources, including the Spallation Neutron Source and High Flux Isotope Reactor, is a key draw to companies like ProNova Solutions.

"This type of technology is what the leaders of Innovation Valley have been striving to bring to this area," noted Dr. Thomas Mason, director, Oak Ridge National Laboratory, at the February 21st announcement. "This location in Pellissippi Place shows our dedication to companies that see the value of the work force and quality of life in the Innovation Valley."