How to Herd Cats 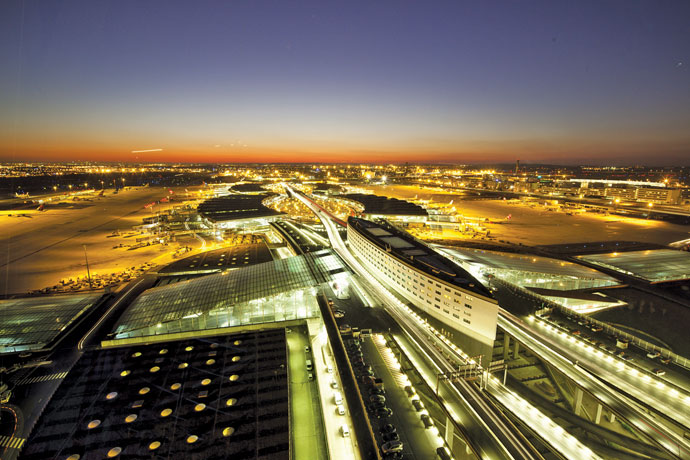 Paris Charles de Gaulle Airport, the centerpiece of this airport city, has transport links from the terminals and on-site Sheraton Hotel (foreground) to destinations throughout the region.
Photos courtesy of Hubstart Paris
by MARK AREND
T 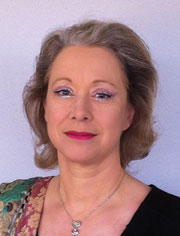 Elisabeth Le Masson, delegate for sustainable development at Aéroports de Paris and member of the Hubstart Paris Board of Directors

he region around Paris Charles de Gaulle Airport — Greater Roissy — has figured out a way to coordinate and advance the overlapping agendas of nearly 30 public and private entities. The common denominator is business attraction and a mutual interest in putting Paris' Airport City in a class of its own. But how? The answer is Hubstart Paris, a partnership brand created to facilitate the settlement and growth of international companies in the area.

"Of course, it is a challenge to work together, with nearly 30 partners — territorial collectivities, state and economic development agencies, companies, chambers of commerce, public land planning offices, competitiveness clusters and associations," says Elisabeth Le Masson, delegate for sustainable development at Aéroports de Paris and member of the Hubstart Paris Board of Directors. Here's how it works: "A Board of Directors, chaired by the vice-president of the Paris Region Regional Council, decides the strategy; an executive committee, representing all stakeholders, proposes and implements actions. There is one action leader for each mission, and project groups are created on an ad hoc basis in order to implement our main actions — trade shows, prospecting missions, business tours of the Greater Roissy, for example.

"Some commissions are dedicated to a specific subject, for example the Sustainable Airport Area committee, which organizes each year the Sustainable Airport Areas International Seminar," Le Masson elaborates. "'The commissions together fuel the strategic vision. Since 2009, when Hubstart Paris was launched, we have learned to work together and to trust each other. As you can see, our Alliance works in an organized and very operational manner. Working together, as one team, we are stronger, and more effective. Each year, more than 30 actions are carried out by Hubstart Paris."

Alliances for a Competitive Edge 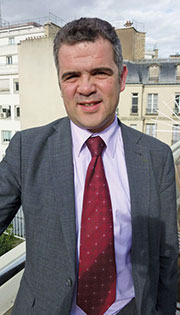 Since December 2009, the association has been actively promoting the area's economic growth abroad and enhancing its image, especially through the creation of substantial business links with airport centers in the United States at Memphis (America's Aerotropolis), and in China at Guangzhou (Asia's Aerotropolis). The alliance was designed "to strengthen their relationship so as to more intensively put forward the assets of Greater Roissy internationally in the face of competition from other airports, and to conduct together operational initiatives to boost job-creating economic growth throughout the local authorities' sectors," explained a jointly issued press release.

More partnerships are now in place between Paris Charles de Gaulle and U.S. and Chinese airport cities, underscoring an emerging trend surrounding cross-border airport alliances designed to benefit investors in both markets — the Dubai and Dallas-Ft. Worth International Airport foreign trade zones inked such a deal in March 2012.

A memorandum of understanding was signed in Pudong (China) on November 7, 2012, between Jean-Claude Dutilleux, chairman of the Paris Region Economic Development Agency, on behalf of the Hubstart Paris alliance, and the chairman of the Shanghai Free Trade Zones Administration, under the auspices and in the presence of Jiang Liang, mayor of Pudong District. The aim of the agreement is to encourage foreign companies to set up and expand around the two major hubs of Shanghai – Pudong and Paris Charles-de-Gaulle, thus creating jobs in companies whose economic growth is closely linked to their proximity to the airport. The MOU is similar to one it agreed to in 2011 with Hartsfield-Jackson Atlanta International Airport.

Greater Than the Sum of Its Parts

Vincent Gollain, chief economic development officer at the Paris Region Economic Development Agency and coordinator of Hubstart Paris, makes the case that the Greater Roissy Paris-Charles de Gaulle airport area is one of the most attractive areas in the Paris Region. It attracted 32 foreign investment projects in 2011, he relates. The Hubstart Paris alliance will give those and yet-to-be-announced capital investors a single point of service for their many project requirements.

"The attractiveness of the Greater Roissy is derived from the presence of a dense and comprehensive transport network — air, rail, river and road; an extended employment base; significant reserves of land at attractive prices; and sectors of excellence in, for example, aeronautics, freight logistics, business aviation, safety and security, corporate tourism and corporate events," says Gollain. "These new business set-ups, which show a rise compared to 2010, are also the result of various promotional and canvassing campaigns." 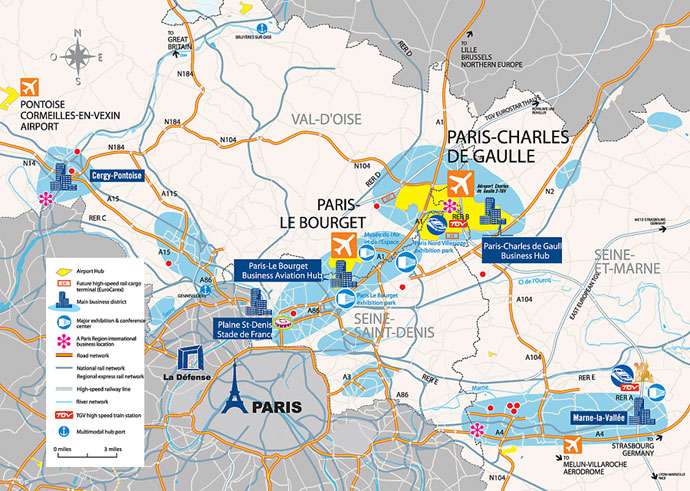 Companies will find a broad range of work space in Greater Roissy, says Gollain, from incubators, such as the Hubstart Paris Center located at the heart of Paris CDG International Airport offering flexible contracts tailored to specific needs, to business parks, logistics zones and office zones in and around the airport. 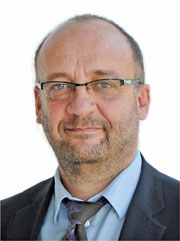 "Hubstart Paris is larger than the Airport City itself," says Hubert Fontanel, real estate director at Aéroports de Paris. "It concerns the whole area around the airport — the Greater Roissy Airport Area, which is one of the most dynamic clusters in France and in Europe."

And one of the most connected. Fontanel cites the following logistics attributes unique to this region:

Key business sites include Roissypole, the international business district of the Airport City, at the heart of Paris-CDG Airport, which hosts many international companies in its 229,000 sq. m. (2.4 million sq. ft.) of office facilities. "Many new projects are scheduled for completion at Roissypole in the years ahead, including offices and hotels," says Fontanel.

Convention and tourism sites include the International Trade Center project: a 13-hectare (32-acre) integrated business and convention complex, the only one of its kind in Europe; at 85,000 sq. m. (914,962 sq. ft.), Aéroville will be one of the largest shopping malls in the Paris Region. There is room to grow, says Fontanel. "There are still significant development and redevelopment capacities both on the airport and in the Airport Area." 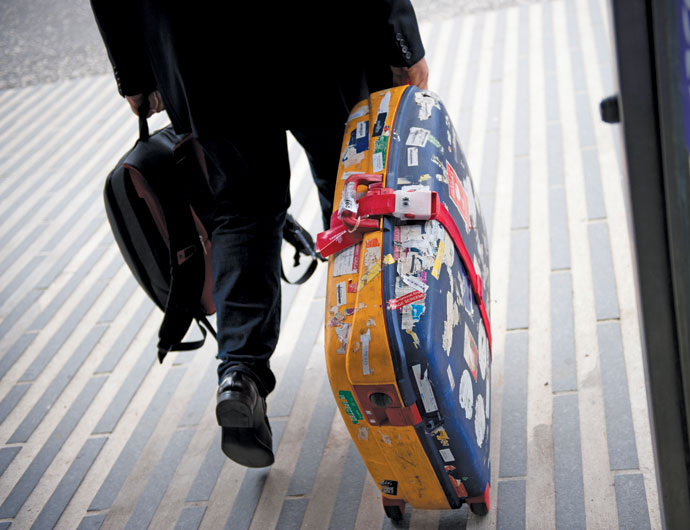 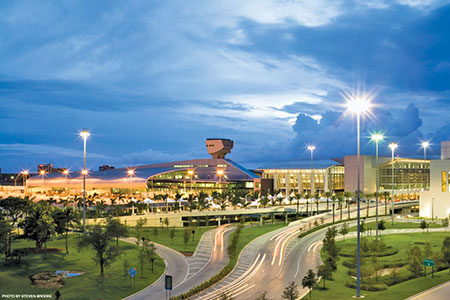 The project includes the development of 33 acres at the gateway into a hospitality centre, business park and convenience centre which will be known as "Airport City at MIA".

Anchored by a four-star hotel linked to the terminals, up to one million square feet of class-A office space and a convenience retail plaza, the airport city will straddle the Central Boulevard entrance to MIA and its parking garages.

Led by Odebrecht USA, as part of a public-private partnership (PPP), the development will cost $512 million to complete, creating around 5,800 jobs with an economic impact of $827 million.

Furthermore, once completed, the airport city is expected to create 10,000 permanent (direct and indirect) jobs with an economic impact of $1.63 billion per year, according to a study by the Washington Economics Group.

Speaking at Miami-Dade County's annual State of the Ports briefing February 13, José Abreu, director of the county's aviation department, which owns and operates MIA, said: "Airport City will put our airport on the global map in ways never before dreamed possible. 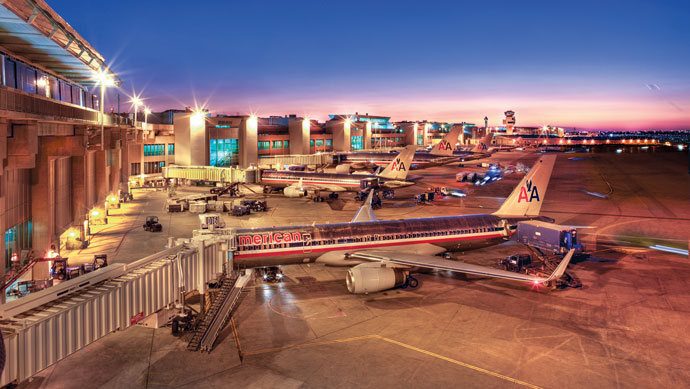 "In my opinion this is truly a transformational moment in the entire history of all US air transportation."

Odebrecht will finance the entire $512 million project and in return will run the new facilities for 40 years with the option of extending the agreement for 10 more.

During the length of the agreement Odebrecht will pay rent and a percentage of operating revenues to the county, which could amount to $580 million over the 40 years.

Gilberto Neves, CEO of Odebrecht USA, said: "What really drives our passion for this unique project is the opportunity to create a significant impact on our community through thousands of jobs.

"Also, by literally creating new commercial uses on what is today vacant land, and connecting them to the mass-transit lines, we will create a sustainable array of community benefits that will prosper for generations to come."

Odebrecht said it would build the hospitality and convenience centers first, while securing interest in the business park, and the entire project is expected to take five to seven years to complete once construction begins. 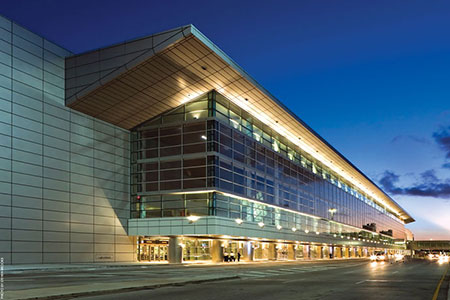 Previous airport city plans at Miami International Airport have included transforming it into a medical tourism hub and an energy plant. Both of these ideas, however, have since been scrapped.

The development contract with Odebrecht is expected to be presented to the county's Transportation and Aviation Committee in March and shortly after to the Board of County Commissioners for final approval.

The State of Qatar has announced plans to transform the area around the country's new Hamad International Airport into an Airport City, in a bid to capitalize on the commercial and business opportunities offered by the gateway.

According to reports in the Qatari national daily the Gulf Times, the 10sqkm Airport City development is due to be completed over a 30-year period.

So far, the gateway's master plan consists of four "circular districts" which are connected by a "green spine", running parallel to Hamad International Airport's second runway.

The Gulf Times reports that the first 10 years of the master plan will see the development of substantial parts of the Business District and all of the Aviation Campus.

The Aviation Campus will ultimately house the headquarters for Qatar Airways and the Civil Aviation Authority. A statement from the airport said: "The project demonstrates Qatar's tremendous potential and its unique approach to development, while also providing the flexibility required to support its inevitable future growth."

Meanwhile, the Business District will be centered on a new "Terminal Complex" that will contain a second terminal for the airport and a train station for Doha with the potential for both a metro and long distance rails.

Qatar already plans to have a second terminal at the new Hamad International Airport in time for hosting the FIFA World Cup in 2022.

Operated by the national carrier Qatar Airways, the gateway is expected to accommodate 28 million passengers annually when it opens this year, increasing to 50 million after 2015.