Whichever Central American nation can get its own canal project finished first will benefit significantly from the widening of the Panama Canal in 2015. 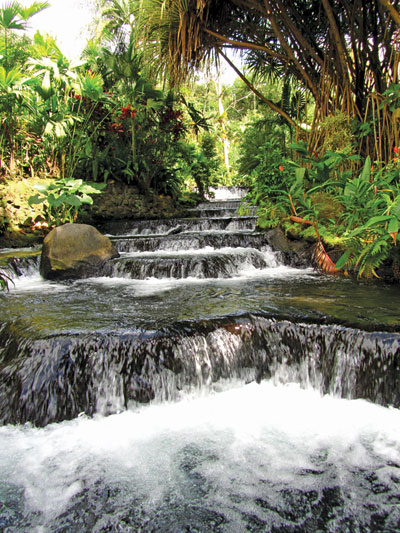 The Panama Canal expansion, on target to be completed by 2015, has certainly put Panama and Central America back on the map. Investor interest in the region will likely surge — the Canal is expected to bring swarms of post-Panamax-size vessels through the region. This expected increase in large container ships is to an extent influencing even the decisions that seaports on the eastern and Gulf coasts of the United States are making with respect to their expansion and capacity increase plans.

The enthusiasm has spread to neighboring countries of the Central American isthmus, where a race for a dry canal connecting the Pacific to Atlantic Ocean has intensified in recent years. Central Americans are making a compelling case on two major fronts: "Who's going to take care of the pre-Panamax ships and the super-post-Panamax ships?" on one side. On the other, they are reminding global investors that they have until 2015 to set up shop and enjoy 10 years of very lenient tax holidays that are set to expire by WTO mandate.

Guatemala, Nicaragua and Costa Rica each have their own version of the dry canal; Honduras has a joint canal project with El Salvador. An ideal future would have a Central American region encompassing a network of many dry canals complemented by one wet Panama Canal. Each of the dry canals is at a different stage in its realization, and each has its own sets of risks and rewards for investors jumping on board early.

The Case for the Panama Canal and the Dry Canals

Central America could act as a major connector for cargo ships travelling from Asia on their way to Europe, and to the Eastern U.S. It is the primary reason why the Panama Canal expansion makes sense, to allow post-Panamax vessels that previously could not pass through the Canal a direct connection between the Pacific and Atlantic Oceans. While the Panama Canal provides a direct thruway, the "dry canals" could provide rapid drop points for smaller cargo ships on both oceans, and light assembly or logistical redistribution as the cargo moves along the short land portion of its journey. The canals could bring about a manufacturing boom for Central America and elevate its position and importance in global supply chains.

Central America is often a region of contrasts. Sometimes it is the most collaborative block of countries in the world, and sometimes it is the complete opposite. On the collaboration front, it has been 50 years since the establishment in 1960 of the Central American Common Market, and the region recently completed its electrical backbone interconnection, both accomplishments that have been recognized worldwide as pioneering. 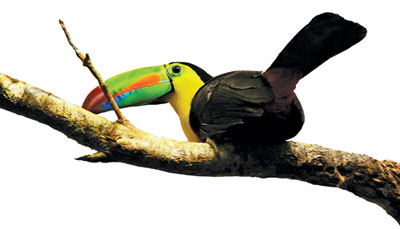 But when it comes to issues such as dry canal mega-projects, you find the countries fighting tooth and nail against each other when courting investors. The first official announcement of a dry canal project was from Nicaragua back in 1994, and for almost 10 years they were the only country promoting the idea. In 2005, El Salvador and Honduras announced a joint canal endeavor, and more recently Guatemala got the green light in early 2012 to begin construction of their project. Soon after Guatemala, Costa Rica officially announced a dry canal which would be financed by China.

Ahead of Its Time?

Nicaragua was the first to coin the concept of the dry canal. In 1994, they announced a project to build a 234-mile (377-km.) railroad that would transport a massive two-story, 15-mile-long train between the future ports of Monkey Point and Pie del Gigante, with plans to build free-trade zones along the tracks. The CINN (Canal Interoceánico de Nicaragua) remained stuck in the planning phases and garnered little political support, though lots of hype, from one government administration after another. Nicaragua was perhaps too "avant-garde," and since then the other dry canal projects in other countries have taken a more realistic approach using existing technologies as their base. 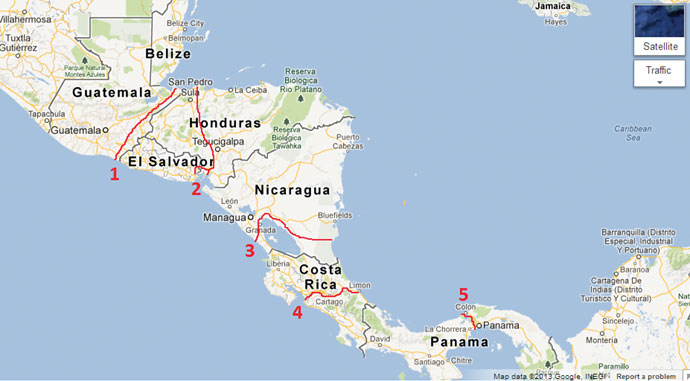 Nicaragua has a second problem. The country lacks a sufficiently large population, only 5.5 million, making some wonder if it could sustain such a megaproject. This is the same problem that Costa Rica, at 4.5 million inhabitants, will face. Panama has already proven this scenario. The country has literally run out of qualified labor for both the high-end and the low-end work needed for the ongoing Panama Canal expansion, and has had to revamp its immigration laws and procedures, expediting everything from work visas to residency in order to attract foreigners to relocate to the country.

Hurry Up and Wait

Back in 2005, El Salvador announced that it would build the mega port of La Union near the eastern border with Honduras. Construction immediately began on the port, and during that two-year process a great amount of pressure was placed on Honduras to begin building its share of the interconnecting highway, which was set to link the port of La Union with Honduras' existing Puerto Cortez on the Atlantic.

Construction of La Union was completed, but it has taken the Government of El Salvador over three years to name a concessionary, a process which has been mired in corruption and finger-pointing on several fronts. Meanwhile, Honduras has already tendered and awarded the highway to a consortium of multiple construction companies, and has since then suggested that if El Salvador doesn't hurry, it will build its own deepwater port on the Pacific coast of Honduras. The combination of both countries is ideal though: With a combined population of 14 million, they can supply the jobs that will be created.

The Guatemalan Canal is a completely different case from its neighbors, since it is a completely private-sector-led endeavor. ODEPAL is a consortium of companies dedicated to promoting the Corredor Interoceánico de Guatemala as a single entity that will include two new deepwater ports and a railroad, plus highway, oil and gas pipelines and industrial parks along its route. 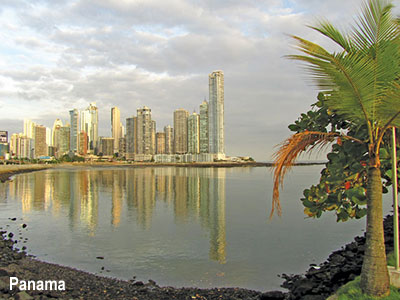 Guatemala was the first to tout that its project would help the smaller pre-Panamax vessels that would be priced out of the market with the expanded Panama Canal transit prices, but it was also building its ports to be able to support Super Post-Panamax ships, with 8,000 tons of cargo capacity.

Already a total of $400 million has been used to buy the land along the route, and the consortium received the authorization to construct early in 2012 from the Government. Although it is completely private-sector-led, the pro-business administration is helping to promote the project to prospective investors, leading trade delegations to several markets and organizing a large Guatemalan investors forum in April of this year, where certain pre-approved investors will attend.

Last On Board is Top of Mind

The last country to join the great canal race is Costa Rica, announcing a confirmed mega-investor in mid-2012: China. Even though for years the Nicaraguan CINN promoters would threaten to pack their bags and move their project to neighboring Costa Rica, the latter did little but meddle with the idea.

Costa Rica's entry into the race is affecting the Guatemalan and the El Salvador/Honduras projects, taking investor attention away from these more mature and already "set in motion" projects, to a dry canal that doesn't know yet if it will traverse the center of the country and connect already existing ports, or if it will build new seaports on both coasts.

Costa Rica has traditionally been a country with a fantastic track record of attracting intellectual and human capital and extensive foreign direct investment, but has an equally opposite and terrible track record of infrastructure investment. It took the Costa Rican government 20 years to complete a 50-mile (80-km.) highway from the capital city of San Jose to its Pacific port. Still, the Costa Rican pura vida brand is very strong, and will skew investor interest towards this country's dry canal project.

Even if Central America doesn't succeed in completing one single dry canal, it is still worth investors taking action today. The Panama Canal expansion is set to launch in 2015, coinciding with the ending of WTO-sanctioned tax holidays. As soon as the wet canal begins operations, a swarm of post-Panamax cargo ships will start going across the isthmus, and there is no doubt that activity will pick up from sheer aggregation across all existing Central American seaports. A good investing bet would be to establish a presence near existing seaports in any Central American country.