Of Books, Beer and Beagles hree early 2013 rankings and reports offer some guidance from the fringes of the site selection matrix. 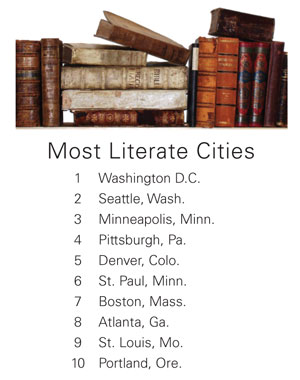 A study issued Jan. 17 by the National Beer Wholesalers Association (NBWA) provides what the association calls "the first-ever comprehensive report on beer distribution companies' total impact on national and state economies." The report, produced by Dr. Bill Latham and Dr. Ken Lewis of the Center for Applied Business & Economic Research at the University of Delaware, finds that the beer distribution industry directly employs more than 130,000 people in the United States. Beer distributor activities contribute nearly $10.3 billion to the federal, state and local tax bases. This does not include the nearly $11 billion in federal, state and local alcohol excise and consumption taxes.

"The beer distribution sector is a hidden gem that has been tremendously undervalued in previous economic reports," said Latham. "Fueling more than 345,000 direct and indirect jobs, beer distributors add $54 billion to the nation's gross domestic product and offer far-reaching benefits to brewers, retailers, consumers and government agencies at all levels."

Where does the sector effervesce the most? The report didn't list Top 10s, but we went and crunched the numbers. The following are tops in "Total Economic Impact of Beer Distributor Operations, Investment and Community Involvement": 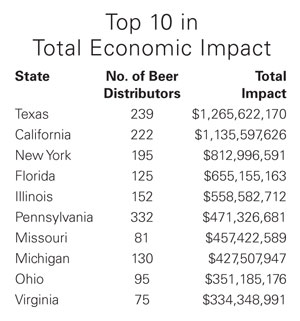 The most literate area — District of Columbia — had the third-lowest beer distributor impact. It also had one of the lowest rates of pet ownership, at 21.9 percent, which some might say explains a lot. But what we really want to know is, "Who's a dog state and who's a cat state?" The map below highlights the 10 states with the highest percentage of dog owners and cat owners at year-end 2011, with Kentucky and West Virginia showing up in both lists. The Lexus operation in Cambridge will add another 400 jobs by January 2014 as it launches production of the RX 450h hybrid (below).
S

upport from both the Ontario government and Canadian federal government was announced in January for Toyota Motor Manufacturing Canada's planned C$125-million assembly line at its plant in Cambridge, Ont., where the company will produce the Lexus RX450h hybrid beginning in 2014.

The 400-job project will receive nearly $16.9 million from Ontario's Strategic Jobs and Investment Fund. The same amount will come from the federal government's Automotive Innovation Fund (AIF), a $250-million, five-year program that supports strategic, large-scale R&D projects in the automotive sector. Introduced in 2008, and renewed for another five years in January 2013, the AIF is designed to help automotive firms strengthen their capacity for innovation and to position them to compete successfully in the global economy.

With the investment, Toyota's Cambridge plant will produce an additional 26,000 Lexus vehicles, 15,000 of them hybrids. Ontario produces more cars than any other place in North America, and is home to 485,000 auto industry jobs. 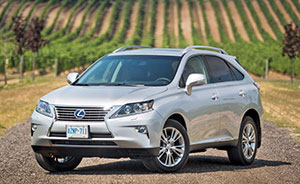 "Our team members consistently demonstrate that they can compete on a global basis for quality, innovation, and teamwork, and they continue to be publicly recognized for their expertise," said TMMC President Brian Krinock. "This is a proud milestone for our company."

Toyota Motor Manufacturing Canada in November produced its 5-millionth vehicle. Since launching in 1988, TMMC has seen its annual capacity grow from 50,000 vehicles to more than 500,000, and employment grow from 1,000 to more than 6,500. TMMC's Woodstock plant was to add 400 new jobs by January 2013.

n Jan. 15, automotive supplier DENSO announced it will invest nearly $1 billion in North America over the next four years, resulting in more than 2,000 jobs across the region. More than $750 million will be invested in the United States alone, along with more than 1,200 jobs. "Last year, we announced that DENSO will drastically localize product in the regions in which we operate," said Terry Helgesen, senior vice president of industry relations at DENSO International America, Inc. "Not only are we making products in North America, but we're also localizing critical tooling."