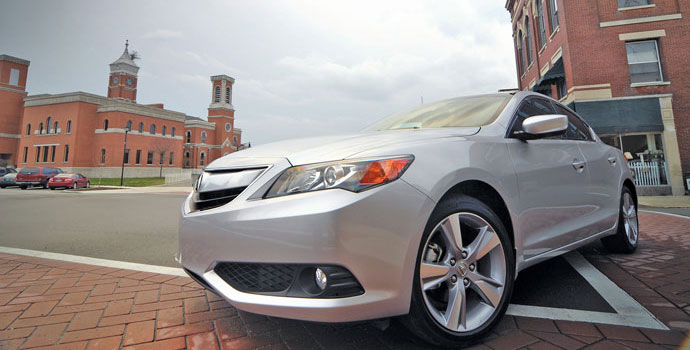 The Honda plant in Greensburg, Ind., began mass production of the Acura ILX on April 23, 2012.

owering one of America's most important automotive manufacturing regions is just one of the many tasks of Hoosier Energy Rural Electric Cooperative.

"Indiana is known as the crossroads of America," says Harold Gutzwiller, manager of economic development and key accounts for Hoosier Energy, based in Bloomington, Ind. "With our existing industrial base of original equipment manufacturers and parts and components suppliers, southern Indiana is one of the most significant locations in the country for automotive manufacturing."

The many resources of Hoosier Energy help keep it that way.

Founded in 1949, Hoosier Energy covers a 15,000-square-mile area of central and southern Indiana and 11 counties in southeastern Illinois. Its primary mission is to generate and transmit electric power and related services to 18 member distribution cooperatives, which serve nearly 700,000 residents, farms, businesses and industries.

"Our job is to support economic development in our members' service territory, and last year we announced 52 projects. On average, we close one deal a week," says Gutzwiller. "Honda was one of our largest with a $40-million expansion announced last year at their assembly plant in Greensburg."

Honda, Toyota, Subaru and General Motors form the backbone of Indiana's automotive corridor, providing thousands of jobs to Hoosiers at assembly plants and supplier plants all over the southern-most 48 counties of the state.

"Our proximity to those four assembly plants provides just-in-time delivery for any tier one or tier two supplier plants in our region," Gutzwiller notes. "Good transportation is vital when you are talking about getting products to market, and transportation is one of our key selling factors here in southern Indiana."

Executives at a number of major automotive plants in the region back up that claim.

Greg Owens, plant manager and vice president of Hitachi Powdered Metals in Greensburg, tells Site Selection that "the state of Indiana allows us to be very competitive. We selected this location for its central proximity to our automotive customers up north and down south. From Greensburg, we can supply Honda and many other automotive plants throughout the Midwest."

The Japanese-owned Hitachi is investing $38.5 million to expand its Greensburg facility by 160,000 sq. ft. Some 63 new employees will be added to bring the plant's work force to 203 by the time mass production commences in January 2014.

"We are doubling our manufacturing space," says Owens. "Greensburg provided us with a 10-year property tax abatement, and the state gave us an income tax credit and other grants for work-force training that made this deal possible. In fact, Indiana's worker training program was one of the key decision factors for selecting this location."

Hitachi Chemical, which owns HPM, operates manufacturing facilities all over the globe. "They didn't have to select this location for the expansion," says Owens. "They could have located this operation in Mexico or South America. The aggressiveness of the government of Greensburg to convince management in Japan that the expansion should take place here helped seal the deal for this location. The local government traveled to Japan and personally visited the CEO of Hitachi. That went a long way toward making Hitachi management confident that Greensburg would deliver what the company needs."

Barry Parkhurst, vice president of administration for NTN Driveshaft in Columbus, Ind., says that assistance from state and local governments enabled NTN to embark on a $15-million expansion a year ago. As a result, the firm is adding 50 new jobs to its work force of 1,600 employees at the plant about 30 miles south of Indianapolis.

"The city granted us a tax abatement for the equipment, and the state provided EDGE credits for worker training," Parkhurst says. "It is a payroll tax credit that we get back if we meet the hiring thresholds."

The Columbus plant location makes sense for many reasons, he adds. "The proximity to our customers and the Interstate system were the keys to our original site selection here 22 years ago," notes Parkhurst. "Columbus has many automotive manufacturing supply-chain companies that are based here. We need a significant work force available to us, and we can find that here. Four different counties can get to our location within a 20-minute commute. This enables us to pull from Columbus and surrounding areas."

From Columbus, NTN supplies Ford, Honda, Toyota, GM, Nissan and many other automotive companies throughout Indiana and the Midwest. "We just talked with Volkswagen last week, so we may be adding them to our customer base soon too," says Parkhurst.

And with Honda's recently announced expansion in Greensburg, there will be plenty more work for lots of suppliers in the region.

"In July 2012, we announced a $40-million investment to increase our annual production capacity by 50,000 units to 250,000 vehicles annually," says Anita Sipes, spokesperson for Honda Manufacturing of Indiana LLC. "We are also adding 300 new production associate positions."

The plant has steadily ramped up production since it opened on Oct. 9, 2008. Since its inception, Honda has invested $800 million into the 1,600-acre site that now has 1.3 million sq. ft. of production space. 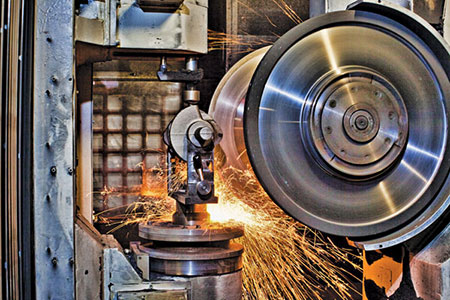 Waupaca Foundry Inc. in Tell City, Ind., is expanding its production capacity and will add up to 100 more employees to its work force of 925. Hoosier Energy recently worked with Waupaca to upgrade the plant's lighting system. A rebate program from the electric utility helped fund the project.
Photo courtesy of Waupaca Foundry Inc.

In the past year alone, Honda has added 1,300 new jobs with the addition of a second shift, production start of the Acura ILX and the latest planned capacity increase.

Marc Coplon, executive director of the Greensburg Decatur County Economic Development Corp., says that "the automotive industry is doing quite well now. It is selling a lot of cars. That is a good indication that the economy is picking up."

Coplon adds that Greensburg "historically has been a very industrialized community. We have a number of automotive companies here, and they are growing at a very rapid rate right now."

So are logistics operations. "Indiana is called the crossroads of America for a reason," says Coplon. "Distribution is very strong in this region."

Sitting smack-dab in the middle of Indianapolis and Cincinnati on Interstate 74, Greensburg is less than an hour's drive from two of the biggest markets in the entire Midwest. It is also just 92 miles from Louisville.

"It is nice to be in the middle of that circle," notes Coplon. "We are part of the I-74 Business Corridor group, a regional alliance that markets the benefits of south central Indiana and southeast Indiana."

Other end-users in southern Indiana also extol the region's benefits, and they are putting their money where their mouths are.

In Seymour, Cummins is betting big on the region's work force. Last year, the world's largest manufacturer of diesel engines announced a $219-million expansion that adds 290 jobs to the plant that produces the company's largest engine — the Hedgehog.

"The state of Indiana has done a lot of things to make us even more business-friendly, especially in the tax structure," says Jim Plump, executive director of the Jackson County Industrial Development Corp. in Seymour. "And with the passage of right-to-work legislation in 2012, that puts Indiana on the radar screen of a lot of companies that wouldn't even consider us a year ago."

This investment profile was prepared under the auspices of Hoosier Energy. For more information on Hoosier Energy and the resources it provides to expanding companies, contact Harold Gutzwiller at 812-876-0294 or by email at hgutzwiller@HEPN.com. On the Web, go to www.HoosierSites.com.