Kentucky and BEAM used to conjure just one thing.
Now they mean something else altogether. 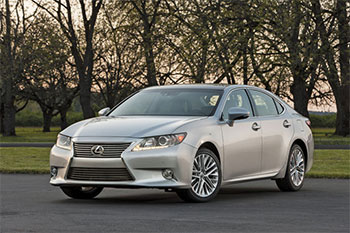 Toyota will invest $360 million and create 750 new jobs at its complex in Georgetown, Ky., to produce the Lexus ES 350 (pictured).
by ADAM BRUNS
S

ince January 2012 the Kentucky Golden Triangle of Louisville, Lexington and Northern Kentucky has welcomed 120 corporate facility projects to the three metro areas. The triangle is neither equilateral nor Pythagorean, but it might be isosceles: Greater Lexington and Northern Kentucky tally 30 projects each, while Greater Louisville tallies 60. But each side has its points, so to speak. And each gains strength from the other communities in its ambit.

That's certainly the case in Lexington, which not only attracts its own healthy share of projects, but gets to count nearby Georgetown, home to Toyota Motor Manufacturing, Kentucky (TMMK) as part of its metro area. In April in New York City, Toyota Motor Corp. President Akio Toyoda announced the 27-year-old complex in Georgetown would receive a $360-million, 750-job investment to produce the Lexus ES 350 sedan. It marks the first ES production outside Japan and the first Lexus production in the U.S.

"Since its arrival here in 1986, the impact Toyota has had on Kentucky has been immeasurable, and the addition of Lexus production only adds to that enduring legacy," said Governor Steven Beshear. 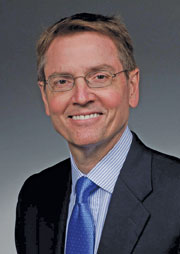 The Kentucky Jobs Retention Act (KJRA) is an incentive program designed to spur job creation and significant investments in Kentucky's automotive and parts manufacturing facilities. The program originally was designed to encourage the recent investment and job growth by Ford in Louisville. But Gov. Beshear last year signed House Bill 400 (HB 400), sponsored by Rep. Larry Clark, of Louisville, and passed in the 2012 special legislative session, which expanded the KJRA to make it accessible to companies like Toyota.

Beshear then met with top Toyota officials during an economic development visit to Japan in November. To secure Toyota's investment and job growth in Georgetown, the Kentucky Economic Development Finance Authority preliminarily approved the company for tax incentives up to $146.5 million.

"We deeply appreciate the tremendous support we have received from our community, from our local suppliers and business partners, and from Governor Beshear and the Commonwealth of Kentucky," said TMMK President Wil James.

One person familiar with Toyota's impact in the Commonwealth is Lexington Mayor Jim Gray, who formerly served as CEO of Lexington-based design-build firm Gray Construction, the general contractor for Toyota's first plant in 1986.

"Wil and I were laughing because we met on the job site 26 years ago," says Gray of his conversation with the TMMK leader at the project announcement. "The message that really came through was Kentucky is Toyota's North American home."

Gray and Louisville Mayor Greg Fischer are hatching the Bluegrass Economic Advancement Movement (BEAM), a joint venture designed to support the growth of high-quality jobs in advanced manufacturing throughout a 22-county region. Gray says the Toyota announcement just confirms the strategy, which focuses on work-force development, innovation and exports. Among its most urgent topics is the education pipeline for engineers of all kinds, from software to civic, with a preliminary recommendation from the BEAM board to double the population of engineers in the state. 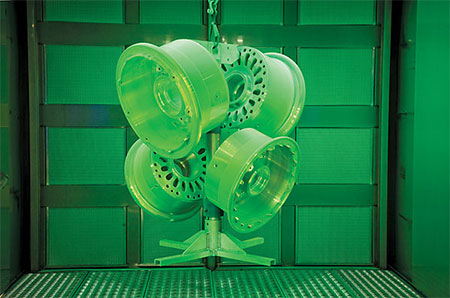 BEAM, which was conceived with the backing of the Brookings Institution, is also focused on increasing exports. Kentucky's 2012 exports set a new all-time annual record, with $22 billion in sales of Kentucky-made products and services. With exports to 199 nations, the record represents a 10-percent jump from 2011, a growth rate more than double the U.S. average and good for 11th place nationally.

Brookings is behind metropolitan export plans in 11 other U.S. cities, including Chicago, San Diego, L.A. and Minneapolis. The BEAM effort aims to catapult its constituents into the upper echelon of such globally focused communities.

"We can capture this fresh manufacturing moment in American history," Gray says, and do so as a mega-region rather than mega-rivals. "We're looking at ourselves more as a region than we ever have before."

Conspicuously absent from BEAM's 22-county scope is the three-county Northern Kentucky Tri-ED region, part of the Greater Cincinnati metro area that is seeing its own advanced manufacturing surge, most recently in April with the announcement of a $50-million investment from Messier-Bugatti-Dowty (Safran) for the expansion of its aircraft wheels and carbon brakes facility in Walton in Boone County. It's the sixth time the facility has expanded since opening in 1999. The capacity expansion should generate more than 10 percent growth in headcount.

Northern Kentucky Tri-ED recently recognized 24 primary industry companies for their 2012 expansions in the Boone, Campbell and Kenton County region complete with 3,774 projected new jobs and over $721 M in business sales.

Out west in Owensboro, U.S. Bank, a subsidiary of U.S. Bancorp, announced in March it would expand its mortgage operations, adding 332 jobs and investing $15.2 million. The new office brings the total number of U.S. Bank Home Mortgage operations centers in Owensboro to six. "U.S. Bank first opened a mortgage servicing center in Owensboro in the late '70s," said Bob Smiley, executive vice president and head of servicing for U.S. Bank Home Mortgage. "Since then, we've grown to nearly 1,900 employees in Owensboro." The expansion comes after a 500-job announcement in 2011.

Making the area even more ready from an infrastructure perspective is the third spec building at Kentucky Transpark. Before breaking ground, Speculative Building I was sold to Cannon Automotive Solutions, Inc., and Shiloh Industries, Inc. purchased Speculative Building II just six months after the building's construction was complete. CSX certified Lot 6 of the Kentucky Transpark as a CSX Select Site, ranking it as one of only five sites in the nation to be considered the best manufacturing properties on CSX's rail network spanning 23 states.